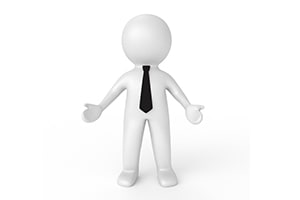 One of the things that makes life so exciting, is the fact that it's unpredictable. Incredible things can happen to you and your family in Whitestone, Queens County or anywhere within a moment's notice, and open the door to new opportunities that transform your world. Unfortunately, the unpredictable nature of life also means that it's impossible to prepare for everything that might happen around, and to you. In the case of marriage, for instance, though you might do everything possible to make your relationship with your spouse work, you might discover that something occurs which causes you to seek the help of a child custody attorney and divorce lawyer.

Across the United States, divorce isn't an uncommon activity. That number is even higher when you consider second and third marriages. Of course, it's worth noting that a lot of people enjoy their marriages for many happy years, and you should never approach your wedding thinking about what you're going to do if you must get divorced. However, for those who are struggling in their current relationships, people who are concerned about the future of their marriage, or individuals who simply like to be cautious, it can be a good idea to become familiar with the divorce attorney that's local to you. For residents of Whitestone, Queens, that lawyer could be Mr. Darren M. Shapiro.

Mr. Shapiro is a friendly and experienced family law professional located close to the New York borough of Queens, and the upper-class neighborhood of Whitestone. As a child custody lawyer, divorce attorney, and trained mediator, Mr. Shapiro can offer clients from throughout Queens County and Whitestone the opportunity to take part in numerous paths for divorce, including litigation, and alternative forms of dispute resolution.

Whitestone is an incredibly diverse location, brimming with beauty and opportunity for the residents who live there. According to the census in 2010, reported by Wikipedia.com, the population was 30,773. While it's tempting to think that divorce and family law problems don't happen in stunning residential neighborhoods like Whitestone, the truth is that divorce and child custody issues can arise anywhere, at any time. The only way to fight back against the problem and make sure that you're prepared to live your life following the experience with as much comfort as possible, is to seek out

From his welcoming office, on Jericho Turnpike in Nassau County, Mr. Shapiro can provide his clients with the support and experience they need to ensure they're prepared for the next step in their lives. This might mean discussing issues like equitable distribution and child support, or covering problems to do with visitation and parenting time.

Importantly, while divorce can be a trying and difficult experience for anyone involved, it's worth noting that the problems that occur when you bring your marriage to an end can go beyond the issues you face with your spouse. Sometimes, you'll need to think about the impact that the end of a relationship might have on any children that were involved in the marriage. The presence of children requires parents to make decisions about things like custody, both legal and physical, as well as other issues of visitation, support, and parenting time. Fortunately, Mr. Shapiro is both a divorce lawyer, family law lawyer and a child custody attorney, dedicated to serving the people of Whitestone, Queens.

Regardless of which problems you need to address or agreements you might need to come to about the future of your family dynamic, Mr. Shapiro is there to help. Not only can he fight for the best interests of his clients, and the children in question as a litigator, but he can also offer a range of alternative dispute resolution options too, in case you would prefer to keep the majority of your issues outside of the courts of Queens. After all, alternative dispute resolution strategies often allow individuals struggling with divorce and child custody matters to come to many decisions about the future themselves, rather than leaving orders completely in the hands of the courts.

If your matters are taken into the courts, Mr. Shapiro's long-standing history as working as a child custody attorney and divorce lawyer throughout New York and Long Island has given him the experience and background he needs to fight your side on your behalf. He is familiar with the Queens courts and navigating the complex nuances that are present in both the supreme, and family courts.

A Source for Alternative Dispute Resolution

Acting as a child custody attorney, divorce lawyer, and certified mediator means that Mr. Shapiro has the opportunity to allow his clients to choose the solution that's most effective for their needs. While litigation may be the only option for some couples who cannot come to terms on future agreements, alternative dispute resolution strategies can be beneficial to those who want to maintain relationships for the sake of the children, or simply reduce their exposure to the courts.

Mr. Darren Shapiro offers the residents of Whitestone Queens both collaborative law and mediation as forms of alternative dispute resolution. Collaborative law involves accessing the opinions and expertise of professionals that might be useful to the case at hand, such as child specialists, financial neutrals and psychologists. On the other hand, mediation involves discussing the most pressing matters of child custody, support, equitable distribution and divorce with a neutral mediator helping to guide and facilitate agreements. Whichever route you consider to be best for you and your family, Mr. Shapiro is there for individuals of Whitestone who need a local lawyer, familiar with the courts of Queens.

If you're living in Whitestone, or anywhere else throughout Queens, Nassau County, or Suffolk County, you can reach out to Mr. Shapiro today to find out more about the services that he can offer. Not only can you discuss the details of your case over the phone on (516) 333-6555 and through our handy contact form, but you can also call to schedule your free, initial consultation for up to thirty minutes too.