When Forensics are Appropriate in Child Custody 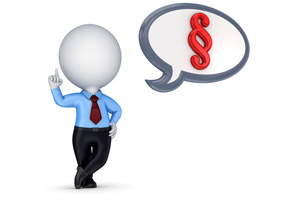 No matter the specific circumstances of the parties involved within a case of parent time-sharing, visitation, or child custody in the courts of New York - matters involving children might be determined according to a thorough investigation of how to support the child or children's best interests. In an effort to figure out which arrangement is best for the children, the courts may order a forensic evaluation - which may include the use of both specialized and general psychological testing, alongside clinical interviews with the children and parents. According to Mr. Darren M. Shapiro - who frequently deals with cases of child custody and similar matters from his law and mediation office - collateral information may also be gathered, with home visits to be made. The goal of these in-depth evaluations will be to assist the court in making a decision about what kind of arrangement or agreement will be the most beneficial to the child or children involved.

As Mr. Shapiro reminds his clients, a forensic evaluation in child custody and parenting time cases isn't always essential - but it can be an important and appropriate step in situations where significant factual disputes exist - capable of impacting the final decision of where a child might live, and what kind of parenting agreement or custody arrangement should be put into motion. In general circumstances, the court will examine the situation of both parents involved, as well as the situation the child has been exposed to up until the current point of time or divorce and look into whether there are any issues that might warrant an in-depth inquiry using forensics. Importantly, the New York Court is supposed to order evaluations of forensic information on its own motion - even if it is not requested by either party directly, when it is required.

The issues that might necessitate forensic evaluations might include issues regarding relocation, emotional problems of children and or parents, and allegations of alcohol abuse, or other facts that might suggest a custodial parent might take measures to undermine the relationship that exists between a non-custodial parent and the child. When discussing such matters with clients, Mr. Shapiro frequently draws attention to cases that might underline the cases wherein forensic evaluation may be requested. For example, in one case – an aunt of a child that she was taking care of with her domestic partner, - however, she never formally adopted the child. The parents chose to separate when the child was two years old, and the child continued living with the aunt.

Following the separation, the parents involved in the case outlined above entered a voluntary arrangement for visitation - until at a certain point they found, when the aunt refused to allow her former partner any further contact with the child that she had helped to look after. The former partner then filed for a petition for guardianship and custody, as did the aunt. The New York family court decided to deny the petition given by the former partner and grant the request given by the aunt without any forensic evaluation - thus permitting the aunt to take sole guardianship of the child. However, the appellate court suggested that it was not correct to make such a decision without the aid of any forensic evaluation - and under the circumstances, the record wouldn't be seen as enough to determine the best interests of the child because no expert assessment had been made. It was therefore not possible to determine the psychological impact that would occur when the child was separated from the partner. What's more, the aunt’s allegations of alcohol abuse by the partner, and the subsequent allegations the partner made regarding alienation by the aunt and her new partner both affected decisions made by the court, and the court decided it would important to conduct a forensic evaluation of the child and both of the mothers to help the court rule and determine guardianship.

Mr. Shapiro has found in the past that some parents have been concerned about the idea that forensic evaluations violate their right to privacy. However, the Civil Practice Laws and Rules 3121 of New York determine that when the mental or physical condition of any party is in controversy, the other party can request an examination by a doctor. It is generally accepted that any person who engages in a custody fight must is willing to place the mental and physical condition of themselves and their child at issue - which means submitting to forensic, psychiatric, or other evaluations when necessary. Indeed, Mr. Shapiro has found that some courts will neglect to provide a decision regarding visitation and child custody cases without having had a forensic evaluation carried out first - despite the individual wishes of both parties involved or their financial circumstances. On the other hand, some courts are more sensitive to the ability that each party has to pay for forensic evidence, and may allow for them to be dismissed if hardship is present.

When forensic evaluations are carried out in child custody cases, they can be used to help courts make a decision, or consider the recommendations of experts as to who should be given primary care of the child. Some referees and judges, however, may ask the professional involved to avoid making an ultimate recommendation in their report - and instead ask them to make observations which can help promote a decision. Ultimately, it will be the decision of the referee or judge deciding the case, and choices may be made that don't directly coincide with the outlined recommendations in a forensic report. After all, there are many different factors that can come into play when considering and evaluating the best interests of a child in a custody, visitation, or parenting time case in the courts of New York.

To learn more about arrangements that can be made regarding child custody in New York, or the factors that go into determining the best interests of the children involved in these cases, please schedule your initial free appointment with Mr. Darren M. Shapiro at his law and mediation office. You can get in touch by contacting us over the phone at (516) 333-6555, or filling out our available online form.