Home
Practice Areas
Divorce
When can a Divorce be Withdrawn in New York?

When can a Divorce be Withdrawn in New York? 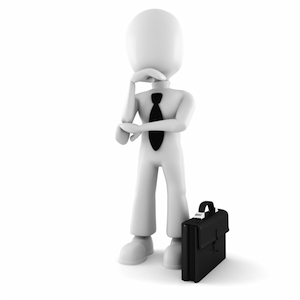 When married couples choose to end their relationship, procedures usually begin with one spouse completing and filing the necessary documentation that precede a divorce. Mr. Darren M. Shapiro, Esq. works as an attorney, certified mediator, highly qualified family lawyer, collaborative law lawyer and litigator across Long Island and New York. His extensive experience with family law has allowed him the opportunity to work in and alongside a vast variety of disparate cases and divorce situations. As with anything related to family, divorce procedures don't always go smoothly - or end quite as the spouses originally expected, and some couples decide to stop the divorce mid-way into the procedure.

In New York, in many counties there is a significant waiting period between the time when divorce papers are signed, and the moment when the divorce is officially granted. During that time, some couples decide that they want to reconcile and stay married.

The process of how to discontinue a divorce before the signing of the judgment finalizes the process, varies according to certain circumstances. First of all, stopping a divorce can depend on the intentions of both parties. If only one party decided that they would like to stop the divorce, there may be challenges in stopping the case. The ability to stop a divorce even with the assistance of a professional attorney such as Mr. Darren Shapiro, after the papers have been filed can depend largely on the timing of the request. In general, a rule exists that if the judgment has not already been issued, the parties may mutually agree to discontinue the divorce, - however, it's usually easier to do this earlier in the process.

So how can a divorce be withdrawn in New York? The answer to this question is located in Rules 3217 and the New York Civil Practice Law - as well as the corresponding case law used to interpret it. In simple terms, the law suggests that for civil actions - including divorce - an order is not required in circumstances where no responsive pleading is served. However, if no responsive pleading is required, then a divorce request can simply be discontinued within twenty days of the original request. In other circumstances, the spouse who originally filed the divorce papers must file a motion to have those papers withdrawn, and a stipulation between the parties of discontinuance would need to be presented to the court.

In New York cases, divorces can be originally set in motion through the filing of a document known as a "Summons with Notice". Although a complaint can be served with the summons at the beginning of the process, it often isn't - however, eventually a complaint must be appropriately drafted and served. If a complaint has not been drafted and served at the point when the parties wish to withdraw their request for a divorce, then the law typically allows the initiating party to simply withdraw on their own accord. On the other hand, if a complaint has been officially served as part of the divorce proceedings, and the defendant has served a response, then the divorce will only be able to be withdrawn through a stipulation signed from both parties and/or a court order.

If the couple in question, with the help of a mediator or attorney such as Mr. Shapiro, prepare and execute a package for uncontested divorce in which a Summons and Complaint is served, the defendant often will waive the right to answer the complaint, yet consents to the divorce. In these circumstances, there is a question as to whether the plaintiff still has the ability to discontinue the divorce action without a court order. This is a situation that can happen within any uncontested divorce package, regardless of whether the outcome is reached through litigation, mediation, settlement negotiations, or collaborative law. If a complaint was served in this instance but no specific "answer" was served, determining whether the divorce can be withdrawn without a court order or stipulation can be a complex task.

Certain cases have questioned with an "answer" or responsive pleading is truly necessary within a divorce. There have been arguments both for and against this proposition, and most cases typically rest their decision on whether it would be considered "fair" to allow the withdrawal according to the specific circumstances of the case when an answer had not been served. For instance, in one case, after both parties had executed a package for uncontested divorce wherein the plaintiff waived the right to answer the other, voluntary discontinuance was not permitted as the separation agreement was considered to be highly lopsided and unfair. There are various decisions that must be made when determining how and when withdrawal will be allowed - particularly in cases that involve lengthy court proceedings and litigation.

Mr. Darren Shapiro himself believes that a strong argument should be and could be made regarding the allowance of a withdrawal if a case has not seen substantial litigation, and the circumstances would not result in an unfair result to the other party. Of course, the facts in question would always be down to the court to decide if they were disputed. As in most cases of family law, the various issues involved can often be argued and are open to personal interpretation. Due to the complexity of the situation, it's recommended that parties utilize the services of trained matrimonial and family law attorneys.

To learn more about divorce proceedings and family law, please see our website, blog entries, or reach out to us. If you are interested in accessing Mr. Shapiro's services, feel free to schedule your initial half-hour consultation at your earliest convenience. It would be our pleasure to speak with you about your personal legal needs.