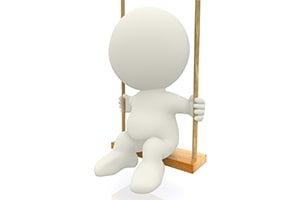 Agreements pertaining to children are some of the most complicated and emotional to address in family law. When it comes to child custody and parenting time, the courts must always make decisions based on their perception of the "best interests" of the child. With child support, the courts must consider the child support guidelines. However, with the support of a divorce mediator like Attorney Darren Shapiro, it is possible for couples to come to terms on decisions regarding their children and present their suggestions to the court. Importantly, the courts will always have the final say when it comes to what kind of child support a child should have.

When couples draft their mediation agreements with a trained divorce mediator that can then be their drafting attorney, like Darren M. Shapiro, they should find that the order remains enforceable. If the agreement is comprehensive and contemplates the parties situation as they move forward into the future, then it may remain in place for a long time. However, as circumstances change between two ex-spouses, it's not uncommon for one party or another to ask for a modification to their original order. Usually, this occurs when the spouses believe that the order is no longer fair to them or the children.

How Frequently can Child Support Agreements be Modified?

Typically, the default law for support orders suggests that parties involved with the order may seek to change it once every 3 years, or when income change by15% or more, up or down, for either party, or there has otherwise been a "substantial change of circumstances." The parties who have properly drafted their child support agreement with a mediator like Darren Shapiro may decide to "opt out" of the first two default reasons for modifying the agreements. If people do opt out of those two reasons, then the courts might change the order for the child support obligation if the following or some of the following circumstances can be established, such as:

Attorney Darren Shapiro frequently draws attention to example cases when explaining the circumstances of a case to his clients. One case that illustrates the conditions in which a court refuses to modify child support agreements is D.C. vs. C.C. In this case, the opinion of the court was that the Mother and Father were divorced, with a child support agreement in their settlement agreement. The child support agreement noted that the Father would be required to pay $1,750 per month, as well as covering other expenses. When the agreement was made, the child was 2 years old.

15 years following, the mother filed for a modification in the husband's child support. She argued that the child's needs had increased. The mother explained that the child now had her own car, and her lifestyle had led to an increase in expenses. However, the court rejected the mother's request, saying that she had failed to establish any of the circumstances required to justify upward modifications in child support. The court also noted that the Mother offered no evidence to suggest that the child's needs were not being met. Additionally, there was no evidence to indicate the need for adjustments. The plaintiff's argument that the needs of the child had increased because she was older was incorrect. They said that these increases should have been anticipated when the agreement was originally signed.

Do You Need Help With Child Support Cases?

Mediation offers couples a simpler and often faster way to come to terms about complex matters like child support payments and visitation. However, it's essential to ensure that these agreements are drafted correctly. Only with the support of a trained mediator like Darren Shapiro can couples ensure that their needs and the best interests of their child are being met. For couples considering drafting an original child support agreement, and those thinking about requesting upward modifications in orders, Attorney Shapiro is on hand. Darren Shapiro provides free initial consultations, up to a half hour, to couples seeking mediation, as well as up to 30-minute free initial appointments for litigation clients.

Contact Darren Shapiro's Mediation and Law Offices today for help from a highly knowledgeable Long Island attorney with expertise in family law, and divorce mediation. Attorney Shapiro has years of experience handling various aspects of New York family law. He has helped with a multitude of child support agreements, as well as modification requests. Find out how Attorney Shapiro can assist you today by calling the office at (516) 333-6555.