What Makes a Divorce a Collaborative Case? 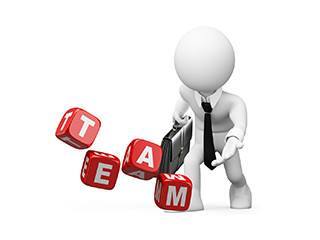 As an experienced matrimonial attorney, mediator, and collaborative lawyer, Mr. Darren M. Shapiro Esq. knows there are various processes or options available for divorce and family law resolutions within the courts of Long Island and New York. The solution that you choose will depend on your preference about how to handle your divorce, as some methods will not be applicable in all cases. However, for those that have the opportunity to pursue a gentler method of dispute resolution, one sophisticated solution arises in the form of collaborative divorce.

A case is on track to be a collaborative matter after both sides retain attorneys that are certified collaborative lawyers and preferably active members of the New York Association of Collaborative Professionals. It officially becomes a collaborative case after everyone signs a contract known as a "Participation Agreement" - this agreement determines that the individuals involved will negotiate the divorce settlement with the help of Mr. Shapiro and other experts, such as a neutral psychological professional, and neutral financial professional. This is an alternative method to those that involve a mediator and court presence, but Mr. Shapiro reminds clients that they may request the engagement of other experts for assistance, such as appraisers, among others.

The collaborative divorce procedure is a court-free way of getting a divorce, but it's worth noting that even when the process is successful, eventually the uncontested package needs to be submitted to a court for signature. The parties to the case, however, in most instances never need to step into a court house themselves. Despite this, many of Mr. Darren Shapiro's clients find that the collaborative legal process is much quicker and less emotional than the traditional option of litigation. The benefits include greater control over the process than would be accessed in going to court, less stress and acrimony, less expense, and less time spent arguing over the case. In most circumstances, the collaborative process allows for the preservation of existing family relationships, which makes it an ideal solution for parents attempting to protect children from the emotionally disruptive aspects of litigation. In other words, the husband and wife do not leave the process as enemies. Some may even be able to call themselves friends.

A further benefit that Mr. Shapiro's clients appreciate during collaborative divorce, is that they have the benefit of counsel advice throughout the entire process, which may not always be the case in divorce mediation - despite the fact that clients are advised to utilize review attorneys in mediation. If a matter cannot be resolved during the collaborative process, the attorneys representing the parties involved cannot represent them in the litigation that follows. This particular rule has been set in place as a method of allowing divorcing parties to be more direct and honest during the procedure, and ensures that attorneys commit themselves entirely to the collaborative process, rather than abandoning it for litigation.

Importantly, for the collaborative law process to be honored in New York, the parties must acknowledge and sign their participation agreement. In previous cases, such as Mandell v. Mandell, Mr. Shapiro advises clients that the defendant attempted to disqualify an attorney for the plaintiff on the grounds that she had represented that plaintiff during a collaborative law proceeding before the divorce litigation. The couple in question had three children who were minors, and had married in 1998. In 2011, the defendant husband moved out - he had earned around $260,000 a year as an attorney, whereas the wife had worked as a volunteer social worker without pay.

The wife had hoped to pursue a collaborative process for the divorce, and her attorney wrote to the defendant to inform him that her firm had been retained for representation of the wife in a collaborative process. However, the document also stated clearly that the collaboration would only be deemed appropriate if the plaintiff's interim concerns regarding finance were addressed before the process continued. The plaintiff's retainer agreement with the lawyer included items related to representation during negotiation and contested litigation. The defendant had also hired an attorney with training in collaborative law, and signed a collaborative retainer. The agreement specified that it was a limited scope retainer for collaborative law, and that that the firm would not be expected to represent the defendant in an appeal or litigation procedure.

In the above case, both clients met to sign a participation agreement for the collaborative law process, following which the parties were expected to resolve any immediate issues and set up an agenda. The agreement, however, was not signed on that date, and the defendants second attorney, who was not there at the time, stated that it was understood that this measure would be taken at a meeting that would follow two weeks later. Alternatively, the plaintiff's attorney argued that the agreement was not signed because the defendant refused to enter into a support agreement that the plaintiff found acceptable.

While the second meeting in question did take place, the parties were unable to solve the issue of temporary divorce, and a participation agreement was not signed. Furthermore, a third agreement occurred with the same results. The defendant then argued that the plaintiff's attorney should be disqualified because she had participated in the collaborative process - even though no formal agreement had taken place. The court explained that the collaborative law process remains relatively new, and there are few decisions in New York that have interpreted the rules of the process. However, the process is generally entered into after signing an enforceable agreement, and without that agreement, the parties' settlement offers were inadmissible. Since the agreement for participation wasn't acknowledged and signed in the above case, it was not enforceable.

Collaborative law with an expert such as Mr. Shapiro can be a good choice for those who wish to take an active role in negotiating divorce issues. This method can be quicker, and less stressful because it avoids typical court appearances and procedures. What's more, it can also make it easier on children involved in the case. However, collaborative law is not for everybody, and spouses must be able to build enough trust in order to work together for a short amount of time. What's more, for a collaborative divorce to be official, the participation agreement must be signed.

If you and your partner have been considering the collaborative law divorce process, then consult the Law and Mediation office of Mr. Darren M. Shapiro in New York. Contact can be made via the online form or at (516) 333-6555 or via our online form. Working with Mr. Shapiro provides access to a compassionate and professional family law expert.