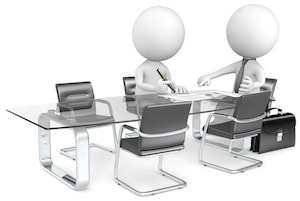 Divorce is never something that a happy couple wants to think about - particularly during the initial stages of their marriage when they're most looking forward to enjoying their lives together. Yet, despite your best efforts to make a relationship work, there's always a chance that something could go wrong in the years ahead. For instance, research from marriage.com suggests that some of the most common causes of divorce are linked to:

In fact, you may find that ultimately, you simply weren't ready for marriage in the first place.

When it comes to statistics, the numbers in New York are better than they might be elsewhere. In fact, the New York Post suggests that the state has one of the lowest divorce rates in the United States. However, while it's tempting to think that this means that you'll never have to worry about the threat of divorce if you live in the right location, the truth is that where you live rarely has an impact on whether your relationship will be successful.

Regardless of where you choose to lay your hat, there's always a chance that you might need the support of a divorce attorney like Mr. Shapiro. Located conveniently for the residents of western Suffolk County, Mr. Shapiro offers a range of services designed to make your divorce or family law process as simple as possible.

The good news for some is that in 2010, New York became the last of the fifty states to approve "no-fault" divorce. This means that while getting a divorce can still be emotionally grueling, it can also be easily granted in the right circumstances. The important thing to remember is that the emotional nature of a divorce often means that a divorce attorney is better equipped to fight for your best interests than you are.

Choosing your Route for Divorce

No two couples are the same, which means that no two divorces will be the same either. After almost two decades working within the legal profession across New York and Long Island, Mr. Shapiro has come to discover that many couples prefer to take different routes when preparing for divorce. For instance, while some people will need to pursue the route of litigation and take their case to course, others might prefer to look at alternative routes like collaborative law and mediation. Mr. Shapiro is a divorce lawyer and divorce mediator.

Although these negotiation-focused types of divorce won't be the right solution for everyone, they do offer a less painful way for couples to discuss the issues surrounding divorce in a setting that doesn't require the constant supervision of a judge and courtroom. For instance, with collaborative law, a divorce attorney like Mr. Shapiro might guide individuals from Western Suffolk County through the divorce process with the help of additional professionals like financial experts and child psychologists who can offer their opinion on the process. This can make it easier for some couples to make informed decisions about their future, without having to go out and seek their own support separately.

On the other hand, divorce mediation provides a flexible process for negotiating over the agreements that are made during the divorce process. As a certified mediator, Mr. Shapiro can use his background, and his knowledge as a divorce lawyer to help couples discuss their concerns in an amicable manner, without taking sides. The great thing about mediation is that it allows the couple involved to remain in the driving seat when it comes to making decisions about their divorce and their future. What's more, it can be useful for maintaining relationships between couples who plan to share custody, visitation times, and more.

Though Mr. Shapiro's years of experience within the courts of Suffolk county means that he has the background knowledge and insights to helpfully guide his clients through the divorce process, he also believes that it's important to give couples the opportunities to explore alternative methods of dispute resolution too.

Addressing the Complexity of Divorce in Western Suffolk County

Ultimately, no matter where you live, there is always a chance that you might one day need to think about the issue of divorce, and how you're going to safely separate assets, discuss child custody rights, and plan away from a person you once thought you would spend your life with. This is a complicated and emotional process that can take a great deal of time and consideration, which is one of the reasons why it's so important to make sure that you have the support of a well-educated and experienced family law attorney.

Dedicated to his practice within the family law environment. Mr. Shapiro has been offering support and assistance for divorce clients in Western Suffolk County since he was admitted to the New York bar in 1999. Since then, he has been honing his skills in the space and has even opened his own law office at 99 Jericho Turnpike, New York. The office is easily accessible by taking exit 34 from Northern State Parkway or exit 40 on the long island Expressway.

No matter how you choose to address your Western Suffolk County divorce, make sure you have the right support. Reach out to Mr. Darren M. Shapiro today to find out more, either through his online contact form or via phone call to (516) 333-6555. You can even schedule a free half-hour consultation to discuss the details of your personal case.