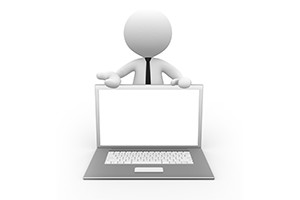 During his time as a divorce lawyer within the state of New York, Mr. Darren M. Shapiro has found himself working alongside clients in various contested and uncontested divorce proceedings - each defined by a number of different concerns and personal circumstances. One of the many questions that Mr. Shapiro's clients frequently ask about - is what kind of evidence they might be able to bring to court in order to support their case. For instance, during a contested divorce proceeding, it is sometimes deemed reasonable to admit video recordings into evidence in order to support the claims in place. In fact, thanks to the rise of smart phone recording technology, video evidence is actually becoming more common over the recent years. However, before you request that Mr. Shapiro enters video evidence into your case, it's crucial to make certain that you obtained the recordings legally, and with relevance to your case. Video could be considered in child custody, order of protection, divorce and other family law matters.

In New York, there are a number of laws that protect the rights to privacy each individual has - but there are some gaps worth noting. For instance, as mentioned in some of our other previous pages and blogs the Federal Wiretapping Statute prohibits auditory wiretapping as a way of gathering evidence - but there is no mention of videotape surveillance. This often ensures that the states are able to dictate for themselves whether video evidence should be considered admissible. When helping his clients, Mr. Shapiro's first task in considering the admissibility of video evidence, is determining whether that evidence was obtained on legal grounds. The Electronic Communications Privacy Act outlines that it is possible to obtain electronic documents in a number of ways that can be regarded as "legal". For instance, if you stumble onto a video stored on a computer or phone shared with a spouse, this is likely to be admissible in court. On the other hand, if a client was to guess their spouse's password and use his or her personal computer without permission to find video evidence, Mr. Shapiro might suggest that such evidence should not be admitted into the case, as this can sometimes mean that clients are in violation of certain criminal statutes.

Giving a judge evidence that you obtained illegally may not only hurt your case for divorce or child custody matter - reducing your chances that you will receive the results you have been hoping for - it may also lead to criminal punishment. That's why it is crucial for individuals dealing with such cases to pursue the concept of videotape evidence with caution and care. Mr. Shapiro often recommends that each of his clients thinks carefully about the law when submitting evidence, and notes that only video recordings that are deemed "voyeuristic" are typically regarded as prohibited in New York law. For instance, under the Penal Section 250.40 - someone may be found guilty of unlawful surveillance if they surreptitiously record a subject undressing, or showing their body at a time when that person believed they would have a reasonably level of privacy. It is also prohibited to videotape a subject for any person's arousal without that person's knowledge or consent, or to videotape a subject in a situation where nudity is common without that person's consent, or to videotape under the subject's clothes, or that subject engaging in sex acts without their consent.

Although there are strict guidelines in place in New York law, designed to protect the privacy of individuals undergoing any legal proceeding, its worth noting that recognition of these guidelines also means that there are certain circumstances wherein it is not considered illegal to videotape one's spouse within the home. For example, it may be possible to videotape a spouse when she or he is fully clothed in the home, without their consent.

Using video evidence in court is a complicated concept that Mr. Shapiro aims to help his clients fully understand and utilize when necessary in order to pursue their best interests and support their case. Besides simply determining whether the process used to obtain the video evidence was legal, Mr. Darren Shapiro will also request that his clients show why the evidence provided is material to their case. In other words, he wants to ensure that the video in question has some relevance to the issues addressed within the divorce or child custody case - as only relevant videos will be admissible in court.

In certain circumstances, the court of New York might allow an individual to enter videotaped evidence into a proceeding that establishes evidence that outlines the spouse's character - but is not directly related to the case. For example, they may allow the presence of a video that shows an angry spouse shouting, but not acting abusively. However, it's worth noting that not all judges will allow such character evidence to be admitted, and it is up to the individual judge to determine whether adding character evidence to the proceedings contributes to the case in a way that is substantial, and significant.

No matter the circumstances surrounding a divorce or child custody case, Mr. Shapiro will always guide and strive to prepare his clients to present their case in the strongest light at court, whether this means showing video evidence, or otherwise. If you are planning to undertake divorce proceedings yourself, or you are dealing with an order of protection case, child support or you want to seek custody of your child within the courts of New York, please contact the Law and Mediation offices of Mr. Darren M. Shapiro for advice and information. You can contact us either via our online form, or at (516) 333-6555.