Upholding or Setting Aside a Stipulation of Settlement 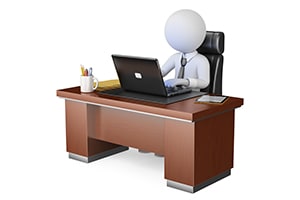 There are many elements involved in a typical divorce or family law case.

Stipulations of settlement, or Separation Agreements, are intended to reduce the confusion that might arise during a divorce or a separation. These documents can be very helpful in the right circumstances. The solution starts as a contract between both parties that considers various aspects of the divorce and how it might work. In this case, both parties agree on how marital property might be divided up between them.

Discussions can also occur about various forms of support when a marriage ends through an agreement or stipulation of settlement. However, as Mr. Darren Shapiro tells his clients, it’s important to note that some documents won’t always be upheld by the courts. Like many issues in divorce law, stipulations of settlement require plenty of focus and careful consideration. The courts have the final say over whether a contact needs to be upheld or not.

Creating an Enforceable Stipulation of Settlement

Working with a family lawyer or divorce attorney can improve your chances that the courts will enforce your stipulation of settlement. Professionals like Mr. Shapiro can guide you through this process using the appropriate guidelines. For instance, the New York Domestic Relations law says that an agreement by both parties made before or during a marriage should be valid and enforceable in any matrimonial action if the agreement is in writing and has certain other hallmark traits.

A written agreement needs to be considered carefully by the parties and acknowledged or proven in the right manner for a deed to be recorded. Separation Agreements and Stipulations of settlement in a divorce are frequently scrutinized more than standard contracts. That’s because there’s a certain kind of fiduciary relationship between a wife and husband. Usually, the agreements won’t be set aside unless there’s evidence of things like duress, fraud, or unconscionability.

While guidelines exist to help with the creation of a stipulation of settlement, there are instances where the court may choose to set these documents aside. However, there must be a specific reason to set the agreement aside. Some cases have held that Judicial review of stipulation of settlement should be exercised sparingly. According to the law, courts can’t change the bargain that a parties agreed upon, as judicial wisdom might in retrospect see one or more provisions could be one-sided.

Setting Aside Stipulations of Settlement

The court might look at the fact one side didn’t have the same financial knowledge as the other. Courts might also look at whether the parties had a right to stipulate about the enforceability of the agreement if a provision of their separation agreement was invalid. Separation agreements have earned a lot of legal dimension over the years. The agreements now act as evidence of the authenticity and reality of the separation. This can form the basis for a full divorce.

In any divorce situation, the purpose of the law is to help parties achieve their goals. Separation agreements, however, aren’t intended to be instruments for the improper execution of unconscionable terms. If you have any concerns about your separation agreements, or any other documentation for your divorce, contact us. You can connect with Mr. Darren M. Shapiro, by scheduling an appointment for an initial consultation, up to the first thirty minutes is free, using our online form. Alternatively, reach out at (516) 333-6555.