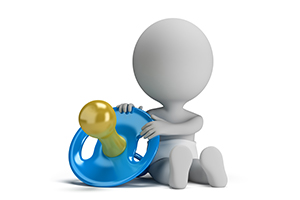 Beginning in 1999, Mr. Darren M. Shapiro Esq. has been utilizing his skills across Suffolk County and Nassau County, Long Island and the New York City area as an attorney. His office's focus is on matrimonial litigation, litigation, and family law. His extensive experience in both Supreme and Family courts has given him the capacity to deal with the many complex nuances of family law. When it comes to legal matters, it's safe to say that cases involving children are often the most complicated and emotionally trying. Issues of child custody, visitation, and even child support can lead to significant issues between parties, which require expert legal intervention.

The first thing to understand about any legal matter involving children, is that if an agreement regarding any visitation, custody, or support cannot be established between the parents involved, the court will have to be presented with the most crucial aspects of the case, so that it may make a ruling according to the best interests of the child. In his work as a family lawyer, Mr. Darren Shapiro also works to address the best interests of the child or children involved in any case, while assisting his clients in maneuvering through the difficult avenues of legal procedure. One of the matters that Mr. Shapiro helps his clients to understand is the Uniform Interstate Family Support Act.

At this point in time, every State throughout America has adopted the UIFSA, or Uniform Interstate Family Support Act, to some level. The version of the law that is recognized and adhered to in New York and Long Island can be found within the Family Court Act article of New York, 5-B. In simple terms, the UIFSA offers long-arm jurisdiction to a particular State in regards to child support, even when the obligor in question is not a resident of that state. This presents the ability of a New York State court to have jurisdiction over a nonresident.

The Uniform Interstate Family Support Act was developed when the courts realized that many children and parents alike typically end up having a number of connections to multiple states - rather than one connection to a singular state. This reality meant that a mechanism was required to determine which states should have the power to modify or initiate a support order in particular instances. The law also provides information on which state's law should be considered when regarding issues of child support, and family law attorneys such as Mr. Darren Shapiro must deal with interstate support issues such as this on a regular basis.

Although child support can be an essential concept to consider during a divorce or custody proceeding to the people involved, it's important to recognize that the laws regarding such support differ widely from one state to the next. It is because of these different nuances and alterations that the state law that is being applied in any case will always be a crucial determination. One example is that people in a number of states and jurisdictions are only required to support their children financially until that child reaches 18 years of age. However, in New York, the age at which support is required to continue until is 21, unless the child is emancipated at a sooner time. Beyond this, the guideline amount of child support that must be paid from one state to the next is also different. For example, in New York, the amount of guideline support for a single child is based on 17% of the total income of the parent, whereas elsewhere different limitations and guidelines will apply.

If proceedings regarding a child are simultaneously taking place within two separate states, Mr. Shapiro will use the Act to help in determining which state should be allowed to exercise jurisdiction. Typically, the first state to impose an order for support will retain exclusive and continuing jurisdiction so long as one party continues to reside in that state, or both parties agree that jurisdiction may be transferred to that state. For example, if a child support order is issued under New York law, then New York will continue to have jurisdiction until another state is given the right to assume jurisdiction. This means that all courts, parties and enforcement officials can be assured that, between UIFSA states, there will only be one order of support in effect at any particular time.

Orders from alternative states may be enforced by the Support Collection Unit of New York, so long as there are no contests to enforcing the order without registration. What's more, orders from out of state may be registered in New York in order to be enforced. When an order has been registered within New York, the state will be required to enforce and recognize it, but will not have the right to modify the order unless the issuing state relinquishes jurisdiction.

A Uniform Interstate Family Support Act case can begin within the New York Family Court, which asks the court of a different state to issue an order of support over a resident of an alternate state if an order is not already in effect. For residents out of State or County that are engaged in support proceedings within a New York Family Court, the party out of jurisdiction will be permitted to file a request to appear in the case via phone call, so that they may be considered by the court in making a decision. In some situations, this particular option can be useful by easing the burden of travelling to appear in court.

Mr. Shapiro recognizes the concerns and complications that arise when dealing with issues of child support and other complex family matters. Child support can be a difficult concept to deal with even when only one jurisdiction is involved, and when multiple states become relevant, the nuances become even trickier. Mr. Darren Shapiro endeavors to offer his clients local and knowledgeable support and high-quality treatment during family cases, regardless of the personal circumstances involved.

To learn more about the issue of child support, the UISFA, or any other matter regarding family law, please reach out to us. If you would like to access Mr. Shapiro's skills as a family law attorney, please call to schedule your initial thirty-minute consultation or get in touch to let us know how we can help. It would be our pleasure to speak with you.