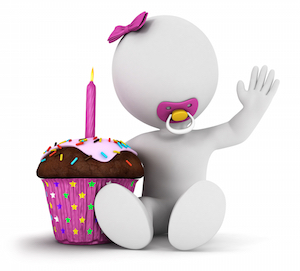 Mr. Darren M. Shapiro Esq. began practicing law January 1999 upon becoming admitted to the New York State Bar. Throughout the courtrooms of New York City, the surrounding area, and Nassau County and Suffolk County, Long Island Mr. Shapiro developed his skills. Over more than a decade and a half later Mr. Shapiro focuses on matrimonial and family law with the tool set to utilize the different processes available to get through your case. Darren Shapiro is a trained collaborative attorney, professional litigator, and certified mediator, giving him the skills required to deal with ways to handle the numerous complexities within divorce and family law. One of the most worrisome and complicated areas of family law there is to deal with centers around issues of child custody, enforcement and jurisdiction. For some time now, numerous clients have approached Mr. Shapiro's office with questions in mind about what is appropriate within a child custody case. For example, when New York and some other location is involved, one big question is whether the New York courts have the capacity to exercise their jurisdiction in a case of child custody.

In his practice, dealing with multiple child custody cases, Mr. Darren Shapiro has found that this question appears most often when a child moves from New York to a new state, or to New York from a different state. The Uniform Child Custody Jurisdiction and Enforcement Act was drafted in 1997, by the Commissioners on Uniform State Laws (National Commissioners), and like most legal texts, can be difficult to understand without the appropriate training and experience. Fortunately, Mr. Shapiro helps his clients navigate the nuances of the UCCJEA, which outlines continuing and exclusive jurisdiction for child custody litigation within the home state of the child. To this point, the Uniform Child Custody Jurisdiction and Enforcement act has been enacted within New York and across all but one American State.

The version of the act that is recognized and followed in New York begins within Section 75 of the Domestic Relations Law. This act behaves as a mechanism that may be used to determine which state - when multiple states may be involved - has the right or jurisdiction to modify and issue child custody orders. First and foremost, the state in question must be able to be defined as a "home state" when it aims to decide upon an order. In simple terms, a "home state" is the state in which the child in question has been living with one parent for six months consecutively before the proceeding commences. For children younger than six months of age, the home state is the place that the child has lived in at birth or since birth. If the particular child in question hasn't resided within any specific state for a minimum of six months, then a state wherein one parent resides and the child has "significant connections" may be able to assume the status of "home". If multiple states can make the claim and show that there is significant evidence concerning the protection, care, education and personal relationships of the child, then the states may need to communicate and determine which has the most significant connections in assuming jurisdiction.

Once an order of custody has been made, the state where the order was conducted will generally remain the home state for the child in question for as long as they reside there. If the child moves, but a parent remains within the same home state, the state that made the initial child custody order will remain to be the home state until it no longer exercises jurisdiction. It is important to note that the discretion to exercise jurisdiction should only be acknowledged so long as the child in question has significant connections with the state, and there is enough evidence available for the state to make a custody determination. In practical terms, this simply means that the longer a child spends outside of a particular state, the more likely it is that the original home state will need to relinquish their jurisdiction. However, in Darren Shapiro's time as a professional attorney, he has found that there is no stringent rule on the timing that is required for a state to decide it will no longer exercise jurisdiction.

The UCCJEA comes with certain provisions that can be considered in regards to emergency jurisdiction if the child in question is in New York and was abandoned, or if the father, mother, sibling or child is in need of protection. Typically, emergency jurisdiction will only be assumed up until the point wherein the home state of the aforementioned child is capable of making its own rulings regarding the case. If, on the other hand, the child stays in New York so long that it can become the home state of that child, and the prior state does not take any steps to protect the child, then New York would be able to assume the home state role. In these circumstances, the emergency order that was issued by New York can become final in parenting time and custody.

Mr. Darren Shapiro discusses further nuances of this and other laws, within his various blog entries, intended to give clients and individuals a more in-depth understanding of common areas within the law. However, it's important to note that the UCCJEA is complicated in nature and can be confusing to navigate, which is why advising with an experienced family law attorney such as Mr. Shapiro is so important. Please feel free to observe our blog for further information, but those in need of real help regarding a legal procedure should always reach out to us.

To discuss issues of child custody and visitation, the UCCJEA, and more, please contact us and schedule your free half an hour consultation. If you would like to access Mr. Shapiro's skills as a professional family law attorney, then please contact us and let us know what we can do for you. It would be our pleasure to speak with you further.