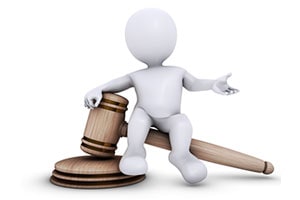 As time passes by, the laws are frequently updated to adhere to changes in society and the way that we live. Although many aspects of family law have remained the same over the decades, there have been changes to things like tax laws, which can change to reflect changing tax demands in the United States. Recently, in the US, the federal tax laws were updated. While most of the changes won't have affected family law, one significant change came in the form of an alteration to the taxation of alimony or maintenance payments.

On the first of January 2019, a new law came into play that required maintenance payments provided by one spouse to another not to be classed as a tax deduction for the payor. Additionally, the payee will no longer need to count these payments when determining their taxable income. For divorce mediators and family law attorneys like Darren Shapiro, this change has had a significant impact on the divorce process. Now, more than previously, couples are fighting more aggressively over the way that maintenance is paid.

The Evolution of Tax Laws and Deductions

As both a divorce mediator and attorney, Mr. Shapiro made the parties he works with and his clients aware of the changes occurring after the 31st of December in 2018. He's also careful to explain the situation to any clients seeking maintenance today. However, he has found that the way couples approach maintenance is changing in this new environment. Because payors had tax deductions to rely on in the past, they were able to deliver more money to their ex without having to worry as much about their own finances. For divorce mediators like Attorney Shapiro, that promise of tax relief could help to prevent a divorce from going to trial. However, according to recent studies, now 95% of matrimonial lawyers believe that there will be a change in the way divorces are settled.

The new rules regarding tax deductibility and maintenance mean that money will end up going to taxes, rather than the bank accounts of the spouses in a divorce. In the New York case of Wisseman vs. Wisseman, it's easy to see where the issue of tax deductibility may come into consideration in a modern New York divorce. In this case, the courts found that the annual income of the husband - more than double that of the wife's, would require a maintenance payment of around $512.54 per month if the maintenance guidelines were followed. However, the husband in the case argued that he should be allowed to pay less maintenance because he would no longer be able to access tax deductions.

The change in tax deduction rules around maintenance considerations that has affected attorneys like Mr. Shapiro and their clients today led the husband in the Wisseman case to request a reduction of his maintenance payments of 22% (the same as his tax rate). However, the parties agreed that the tax rates should also be considered. The wife argued that reducing her award by 22% would lead to her receiving too low of a maintenance payment, as her taxable income rate was only 12%. Because the tax situation no longer aligns with the maintenance guidelines, the court decided to deviate from the rules to determine what was fair for the divorce. The courts determined that because she would have had to pay an extra 12% on the tax she received, her maintenance would also have to be increased by 12%. The court chose to reduce the required payments based on the wife's tax bracket, rather than the husband's.

In divorce circumstances, there are many reasons why a court might choose to deviate from guidelines that have been provided for maintenance, equitable distribution, and other concepts. Currently, tax consequences are a common concern, and just one reason why the guidelines followed in a divorce procedure may differ. In the past, the tax law allowed the paying spouse to deduct their maintenance payments from their tax so that more money was left over to support the other spouse. Those circumstances are no longer the same, which presents a new issue for the courts to consider.

To learn more about the issues faced during divorce, browse through the blogs, and webpages on this website. If you would like to discuss your own maintenance case with a divorce mediator or attorney, you can contact Darren Shapiro today. Free consultations of up to thirty minutes are available for new clients. Contact Mr. Shapiro today at (516) 333-6555.