Understanding the Basics of Debt Distribution in Divorce Mediation and Litigation 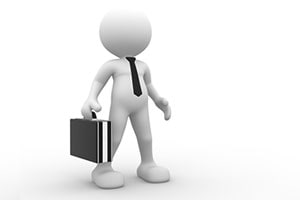 There are plenty of complex issues that couples need to think about when they seek the help of a divorce mediator or a divorce attorney like Darren Shapiro. With an impending divorce on the cards, you might need to decide who is going to get custody of the children, or which spouse should be allowed to maintain ownership of a family home. One particularly complicated aspect for partners to discuss, covers things like the equitable distribution of assets and debts.

Equitable distribution, as Attorney Shapiro tells both his divorce litigation and divorce mediation clients, doesn't always mean splitting assets 50/50. Instead, the court needs to determine what's "fair". While it can be difficult to determine what's fair when splitting assets, dividing debts can also complicated. It's not always easy to figure out which debts are "separate", and which are marital.

When Attorney Shapiro explains equitable distribution to his clients, it's often helpful to draw attention to previous, similar cases. For instance, in the case of O’Brien v O’Brien, 163 A.D.3d 694 the courts found that the debts under question weren't marital because they were obtained due to a marital affair. The defendant (Wife) in this case had requested reimbursement for treatment at a substance abuse clinic. However, the wife had gone to the clinic to hide her affair, rather than to address a substance abuse issue. This prompted the court to deny her request for reimbursement. The court also denied the request for medical expenses to the wife's doctor in Brooklyn, as the wife admitted she had already been reimbursed by her insurance company.

In the above case, the New York courts rejected the defendant's plea to have her husband pay for half of her credit card debts. The wife had failed to properly document her purchases. As a divorce mediator, Attorney Shapiro can talk his clients through cases like this one and provide them with information on how courts consider the distribution of debt. This can help clients to determine how they can distribute assets and debts fairly, to acquire the approval of the courts.

Another area where it can be difficult to determine whether a debt is marital or separate, is when it comes to student loans. In the instance of Haggerty v Haggerty, 169 A.D.3d 1388 the Defendant and Plaintiff both sought an award for attorney fees. However, neither party could be identified as a less-monied spouse. The courts decided that because the plaintiff had the largest amount of student loans, it was appropriate to give the Plaintiff attorney fee reimbursement instead of the Defendant.

Because the debts incurred from seeking a degree were deemed separate, the Plaintiff became the less monied spouse in the court's consideration, because they had more money to pay out in the long-term, even if their income was similar to that of the defendant. The courts also found no reason in this case to modify the equitable distribution of the parties' student loans and debts. The conclusion of the case found that both parties in the divorce had used education loans to pay for their programs, and these debts were both separate and belonging exclusively to the individual parties involved. This makes sense, as the equitable distribution statute in Domestic Relations Law recently changed, stating that professional degrees and licenses should no longer be held as marital assets for residents of New York.

As a divorce mediator and attorney, Mr. Shapiro has helped his clients understand the nuances of distributing both debt and assets in many different cases. Not all debts incurred during a marriage are always seen as marital. Just because a spouse gets a student loan doesn't mean that their partner gets a portion of the reward (degree) from the payment. The degree is obtained for the benefit of one spouse, which would make it unfair to distribute the debt between both partners. However, if a debt was obtained to improve the home, or benefit both parties in some way, then those debts may be considered marital in nature. Marital debts would need to be shared accordingly.

To learn more about the complexities of equitable distribution and dividing debts in a divorce, reach out to Darren Shapiro to discuss your case. You can also discover more about mediation and equitable distribution on our blog. If you're in search of representation, or you need a divorce mediator, you can contact Mr. Shapiro and arrange a free thirty-minute initial consultation using the online form, or over the phone on (516) 333-6555.