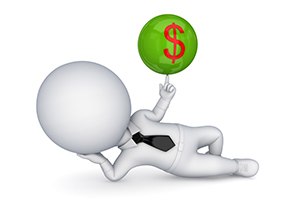 As a family lawyer working throughout New York, and Long Island, Mr. Darren M. Shapiro Esq. deals with a wide range of different cases. One of the most common matters he deals with is divorce. However, just because divorce is common, doesn't mean that it comes with the same considerations for all couples. Indeed, in any divorce procedure there are various issues that need to be considered for a final settlement or order to be made. Not only do clients need to think about how they will pursue their best interests, but they'll also need to consider various subcategories of concerns - such as the debt that they have gathered over the years with their spouse. Mr. Shapiro often finds that many of his clients assume their debt will be divided in a certain way - only to find that the courts actually see things quite differently.

Similarly to things like a marital home or pension, debt and loans that are gathered over the course of a marriage can be considered as a joint concern - often known as "marital debt". If a debt is considered by the court to be "marital" in nature, then it can be allocated between both of the spouses involved. In New York law, this can mean that the couples undergoing a divorce will be able to choose between settling the responsibility for a debt before they file for divorce in a mediation, collaborative law process, or litigation. Alternatively, an agreement can be negotiated and made while a divorce moves through the court system, and the court will need to make a decision if the parties don't settle ahead of time.

Under the rules of New York Domestic Relations Law, financial obligations which take place during a marriage that aren't considered to be the sole responsibility of a single spouse can be offset against the complete marital assets for division. However, as Mr. Shapiro frequently reminds his clients, there needs to be some manner of proof that indicates that the debts in question were established when paying for marital obligations if the debt is questioned. Simply put, the person claiming marital debt will be required to prove that the debt they are bringing attention to was for the purpose of the marriage - such as paying household bills rather than paying for personal indulgences like separate vacations, gambling, or unnecessary shopping sprees.

In any divorce procedure involving equitable distribution, the courts of New York will be required to think carefully about how marital assets can be distributed between spouses. Usually, the division of assets will depend on various factors. In regards to marital debt, the debt that are incurred by the spouses in a divorce before the action for divorce takes place are often considered "shared" debt. On the other hand, the debt that is established after the divorce commences are regarded to be the sole responsibility of the person who created that debt. As Mr. Shapiro tells his clients, however, the courts of New York have the discretion to offset the financial obligations of each spouse when they are not the sole responsibility of the spouse incurring those debts. However, this action means not only considering the various typical factors involved in equitable distribution such as income and property of each party - but also the presence of proof. For a debt to be considered marital, the person claiming must show that the expense was related to the marriage.

Most commonly, documents are needed to show the link between the debt and the marriage. For instance, receipts and bills could apply. If the only reason that a couple requests an allocation of responsibility for marital debt is allegations from both parties regarding the use of funds, and the New York Court cannot determine why the money was used - they cannot distribute marital debt. When no proof is provided for marital debt, the Court usually has no choice but to avoid allocating responsibility. Instead, both spouses generally remain separately liable for the debts that are under their own names.

As Mr. Shapiro frequently tells his clients, the issues surrounding marital debt can be very difficult to understand. It's crucial to remember that concerns can change from one client to the next - but in most cases marital debt will not be awarded in the form of credit for equitable distribution without the correct proof.

To discuss equitable distribution and marital debt further, please contact our principle, Mr. Darren M. Shapiro at your earliest convenience. You can get in touch either via our online contact form, or call on (516) 333-6555. Couples considering mediation may also schedule their free half-hour consultation together while individuals seeking attorney representation can have their free half hour consultation alone.