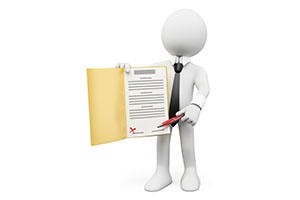 As an experienced Long Island Divorce and Family Lawyer, Mr. Darren M. Shapiro deals with far more than only divorce from his office in Nassau County. A challenging area of family law to manage, involves cases involving multiple states with child support or maintenance (alimony) orders. As Mr. Shapiro reminds his clients, enforcement or modification to family and child support orders that involve multiple states are limited by the Uniform Interstate Family Support Act, or UIFSA, as adopted in New York and the other states.

Part of the reason for developing these regulations in the first place was to help limit the amount of law suits that were entered into court, to deal with alimony payments and child support concerns across state lines. Today, UIFSA has been adopted in some form in New York and every other state across the US.

Parents often seek to enforce or make changes to family support orders over time, and these requests can become more challenging when certain issues are presented, such as a question as to where jurisdiction belongs. New York’s version of UIFSA can be found in the New York Family Court Act. Within section 580-205, the law dictates that courts which issue spousal support orders under the law of New York must maintain exclusive jurisdiction over those orders, throughout the entire existence of any spousal support or maintenance obligation. This is markedly different from child support orders since the original home state for a child support order would lose exclusive jurisdiction when the children and no party still remains in the original issuing or home state.

The regulations remain in place even when one, or both spouses move outside of the state. This means that only New York courts will be able to enforce an obligation to support a spouse or ex-spouse. Congruently, New York courts cannot modify spousal or family support orders that have already been issued by other state courts. The courts that provide orders in states outside of New York may also have continued exclusive jurisdiction under their own state laws. Because of this, Mr. Shapiro reminds his clients that once a state has issued a spousal support order, only that state will be able to modify the order - even if neither of the parties involved remain living within that state.

Section 590-206 of the Family Court Act in New York tells us that the courts of New York can serve as responding tribunals, to enforce or make adjustments to support orders over which continued jurisdiction is available. When a party that is subject to such jurisdiction no longer resides within New York, the court can use special rules regarding procedure and evidence to obtain information from another state. Alternatively, they can choose to use section 580-318 to obtain discovery through the courts of another state.

One of the cases that Mr. Shapiro frequently draws attention to during his explanation of jurisdiction matters took place during 2006. In this case, the court of New York considered judgement for a divorce that included an agreement requiring the husband to pay the plaintiff (ex-wife), maintenance until she failed to exercise her right to visit her four children for a period of 45 continuous days. When the agreement was originally established, the ex-spouses and children were residents of New York. However, the mother moved to Massachusetts shortly after the divorce, and the father moved to Florida without informing the court. The mother did not see her children between late July and early September, therefore exceeding the 45-day limit, and the father stopped making maintenance payments.

The mother in the case above attempted to enforce the support judgement and compel the father to resume making maintenance payments. She also requested that the judgement be modified so that she could get travel expenses paid for to allow for visitation. The defendant, on the other hand, asked for the plaintiff's motion to be dismissed, claiming that "forum non conveniens" applied, and that the New York Court no longer had personal jurisdiction over him. However, the New York Supreme Court denied the motion made by the father, and granted the mother's request, awarding the plaintiff $10,800 in unpaid maintenance and modifying the previous judgement to mandate that the defendant pay visitation-related expenses.

During an appeal process launched by the father in the 2006 case, the appellate court found that the New York Supreme Court did not have jurisdiction to modify the child support aspects of the divorce, because both parties and the children involved had moved outside of the state. The modification was reversed. However, because courts continue to maintain exclusive subject matter jurisdiction over spousal support orders, and can use Domestic Relations Law section 244 to enforce payments, the Supreme Court did have jurisdiction in regards to the enforcement.

In attempt to fight back against the enforcement of the original support payments, the father in the case argued that the Supreme Court of New York had modified the provision by removing the 45-day visitation requirement that had been put in place during the original order. However, the appellate court found that because the defendant had failed to inform the courts, or provide notice about his decision to move to Florida, the mother's ability to visit the children had been limited. They determined that the actions of the father had caused the mother's failure to perform, and as a result, she was entitled to continue collecting the maintenance payments originally ordered from the defendant.

The only aspect of the order that was reversed by the appellate court was the decision to award the mother visitation-related travel expenses paid by the defendant. The appellate court also ascertained that the court must be petitioned before maintenance would be terminated in the future.

Spousal and family support concerns are a complicated aspect of family law. Mr. Darren M. Shapiro can help you to better understand the options that are available to you in terms of original judgments and modifications. To learn more about what is possible in terms of alimony and maintenance for New York couples, please arrange your first free appointment with our principal, Mr. Darren M. Shapiro. Couples considering mediation are also invited to attend a free consultation together. You can contact us either through our online form, or by calling (516) 333-6555.