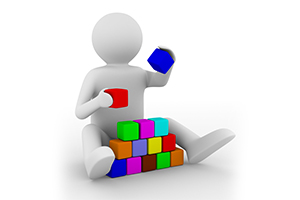 Mr. Darren M. Shapiro works with several different cases relating to child custody and family law. One of the most complex issues he covers from his office in Nassau County, relates to order of protection or family offense cases. Please do not take this webpage as an indication that children testimony in an order of protection case is a common event because it is not. It rarely happens and calling children as witnesses in these cases is severely frowned upon. But, this page is about the issue of it is done, how should it be done? Unlike circumstances relating to matters of child custody, where Darren Shapiro is working as the child custody lawyer, testimony can be conducted in private settings (In Camera), to reduce the unease of the child, family offense cases are somewhat more complex and your order of protection lawyer would follow different procedures.

In family offense or order of protection cases in New York court, a child may be brought forward as a witness for a specific event. However, unlike in child custody cases, the information that the child reveals during his or her testimony must be presented in front of all parties involved because of the right to confront witnesses presented against someone. Of course, asking a child to testify in court in front of parties, which might include their parents, is a very difficult, and emotionally-challenging process. This is why the courts avoid asking a child to testify wherever possible, in order to limit the psychological damage that he or she is exposed to during an already emotional time.

As a Nassau County family law attorney, Mr. Shapiro has a lot of years of experience dealing with all manner of family law cases. As such, he can help clients to better understand the nuances of a family offence proceeding. For instance, though a family offence proceeding is a civil case, it's seen as a "quasi-criminal" matter because an order of protection ultimately might limit a person's freedom by dictating where they can and cannot go, and which people they can have contact with. Mr. Shapiro can work with his clients to help them understand the details of the "Confrontation Clause", within the laws of New York State, which dictate that the accused individual in a family offense or order of protection case must have the right to confront witnesses offering evidence against them. Indeed, Mr. Shapiro can even act as the order of protection lawyer that present a case or cross-examines the witness involved in some cases.

In cases wherein a particularl party insists upon calling a child as a witness, one way to limit the amount of trauma experienced by that child is to allow attorneys for the parties into the chambers with the child, judge, and lawyer for that child. In this case, the attorneys for both parties involved can make objections to any impermissible questions and testimony, while additionally cross-examining the witness called by the other side. What's more, the parties involved may be able to watch the testimony from a camera or television feed, which means that the child could potentially be outside of the room their parents are in, if those parents are the respondents in the case.

Mr. Darren Shapiro can act on either side of the case when it comes to family law proceedings regarding order of protection or family offenses. For instance, he may be hired to act as the attorney for a specific party, and speak carefully with his client before cross-examining a child witness. Mr. Shapiro has seen the "television feed" technique for managing child testimony used in the past, and notes that it can be used to both satisfy the confrontation close, and minimize the amount of psychological impact a child is exposed to when testifying against their own parents. However, he also notes that when possible, it's often a good idea to avoid child testimony completely.

In one case, which Mr. Shapiro has referred to in previous blog posts, known as Lincoln v. Lincoln, one of the children involved with the case had allegedly heard statements that were relevant to the case, however, the child was not offered up as a witness in the trial. It's important to remember that even if the court credits a statement made by a child during an "In Camera" interview, that statement is not admissible in family offense proceedings, because the respondent has the right to cross-examine their witness. In camera hearings frequently come up with this office is working as a child custody lawyer.

The purpose of an "In Camera" interview, as Mr. Shapiro can explain to his clients, is to offer a fuller understanding of the impact that differences between parents might have on a child during parenting time and custody arrangements. These interviews can also be used to gain an honest insight into the child's desires and attitudes regarding custody and visitation. Although conducting interviews in private can certainly limit the discomfort of a child who is acting as a witness in a case, In-Camera solutions are not admissible in family offense proceedings. Following these regulations and rules, Mr. Shapiro can take steps to prepare his clients for cases that involve concerns surrounding family offense cases.

Though the standard or burden of proof for family offense cases in family courts is lower than what is typically found in criminal court, article 8 (Family offense) proceedings forces the court to consider whether something which is a crime, under the eyes of criminal law, did take place. Because of the quasi-criminal nature of the case, all parties involved must have access to the traditional procedures of the adversary system, including the right for cross examination. This means that if a court was to rely completely on in-camera interviews, the due process rights of each party would be compromised.

To learn more about family offense or order of protection cases, or to discuss the circumstances of your case further, please contact our principal, Mr. Darren M. Shapiro to schedule your free, initial 30-minute consultation. You can call on (516) 333-6555, or contact us through our online form.