Tips on Children in Custody Cases 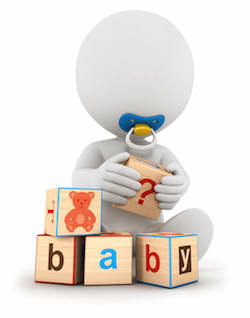 During his time as a matrimonial, family lawyer and mediator, Darren M. Shapiro, Esq. has dealt with numerous issues regarding child custody and parenting time (visitation). As such, he understands that negotiations or court appearances can be incredibly worrisome for the parties involved, especially when the custody of a child and the future of your family is being determined. In order to make the process as stress-free and straight-forward as possible, it can be helpful for parents to educate themselves as much as possible about child custody proceedings, before they take place.

Working as a matrimonial, family law attorney and mediator within the City of New York and across Long Island, Mr. Darren Shapiro has picked up a number of suggestions, facts, and tips that he can offer to his clients to make dealing with custody cases simpler. Though he recommends that all clients speak to licensed and trained therapists when dealing with psychological issues family matters, Mr. Shapiro does attempt to offer what he can to his clients in the way of guidance and direction when dealing with complex legal issues.

One statement that Mr. Shapiro is qualified to make, is that any party or parents involved in a child custody or visitation (parenting time) case are advised by courts not talk to their children about the case. Whether the proceeding is a mediation, collaborative case, or pursuant to a family court custody case or a divorce it's best to leave such conversations to professionals with the experience and training required to speak to children about the actual case. If parents can discuss together the appropriate time to discuss what is going to happen with them going forward, usually that is best for the children. In most disputed cases, the Supreme Court or family court will assign an attorney to the child(ren) involved, who will have the expertise needed to discuss matters with the children in a safe and secure manner.

In some cases, the court may ultimately decide to hold what is known as an "in-camera" interview with the child or children involved before a decision is reached regarding parenting time or custody. Because the courtroom can be an intimidating and often frightening place for children, the interview is typically held within the chambers of the judge, and not in the courtroom itself. This interview is also generally conducted without the presence of other lawyers, or the parents of the child. Usually, only the child(ren), the attorney for the child(ren), the judge and a reporter for the court will be present within the room during such an interview.

Although the lawyers responsible for helping clients move through child custody cases, such as Darren Shapiro himself, may send suggested questions for the Judge to ask the children, the judge will have the ultimate decision as to what to speak about "in-camera". If it is discovered that the child or children have been talking to parents about the upcoming interview, the Judge will not look favorably upon the act, and this could have a negative impact on the result of the case.

Mediators, judges, mediators, and custody adjudicators generally hear several cases every day. Because of this, there is often only a short window of time each court appearance to get points across to a court. However, because of this short window of time, it is important for parents participating in proceedings to work with attorneys like Mr. Darren Shapiro at synthesizing all of the information that will be needed. Mr. Shapiro will also assist parents in preparing to put their best foot forward in the shortest amount of time possible.

Some studies suggest that children often experience the best results when both parents are invested in the decision making process. One study that was conducted at Penn State compares the future well-being of children growing up with divorced parents, to those with married parents. Although the data suggests that children can benefit from growing up under a stable two-parent marriage, it is important to note that marriages which experience high levels of conflict are not beneficial to the future well-being of children. In fact, conflict is one of the biggest obstacles in managing and maintaining a child's well-being.

Fortunately, co-parenting can exist in separated and divorced families. Sometimes, when couples simply need to go their separate ways for personal reasons, a stable parenting team can be created through a joint legal custody agreement. Though joint custody will not be possible for all couples, it can be useful for some cases. Importantly, joint legal custody does not refer to where the children primarily live, but to the fact that both parents receive equal decision-making power. In simple terms, both parents make decisions regarding the future and welfare of the child(ren).

One relevant factor that Mr. Darren. M. Shapiro has noticed during his time as a professional attorney, is that children regularly blame themselves when their parents don't stay together. Because of this, he encourages parents to open a dialogue with their children where they are informed that the split is not their fault, but only at the right times. What's more, it is typically recommended that couples do not reveal news of a breakup to children until they have come to an agreement that a divorce or separation is absolutely happening.

Some common language contained in stipulations and court orders about parenting time and custody is that parents should facilitate the relationship that already exists between the children involved and the other parents. Often, the court orders demand that the child should not be encouraged to refer to another person as "Dad" or "Mom", besides their biological parents. What's more, the order may state that neither parent involved in custody proceedings should be allowed to talk about the other parent in a disparaging way when in front of their children.

It's important to note that in any child custody hearing, a judge will render his or her decision based on their understanding of the child's best interests. Though the process of child custody agreements and other family law matters regarding children can be emotional and tumultuous in their very nature, Mr. Darren Shapiro uses his extensive experience and knowledge to guide clients through cases with as painlessly as possible. There are many nuances regarding children in custody and divorce cases that Mr. Shapiro can discuss with you. Please contact us to schedule your free half-hour consultation, or call us to let us know how we can help. It would be our pleasure to speak with you.