Time Period for Change of Circumstances for Child Custody Modification 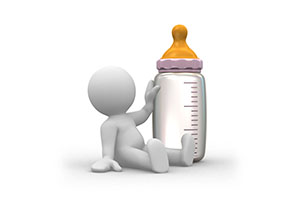 In the world of New York Family law, a fundamental principle exists that makes it possible for parents or guardians to request modifications to existing custody orders so long as there has been a significant, and measurable change in circumstances. As Mr. Darren. M. Shapiro reminds his clients, initial custody orders are entered because they are agreed upon or found to be within the best interests of the children involved. This means that only a substantial change in circumstances could require the Supreme or Family Court of New York to reassess the situation and evaluate the changes in relation to the child's best interests. One issue that Mr. Shapiro notes, is that clients don't fully understand when the change of circumstances necessary for a child custody modification to take place should be measured from. Parents and guardians often struggle to see whether the change of circumstances needs to be regarded from the date that a case was settled, from the date of the close of evidence at trial, or from the date an order has finally been entered with a clerk of the court. This is a crucial matter to establish, as there is often a significant distance between times for each event.

One recent case known as Ladd v Krupp (123 A.D.3d 1391 (4th Dept. 2016) has helped to highlight this issue. One of the matters that was raised in the appeal of this case was whether it was inappropriate to use one date over another. In this case, the court laid its decision on the fact that it believed, in that specific case, that it didn't matter when the change of circumstances was measured from, as either date allowed for a substantial change of circumstances. Crucially, however, this decision can vary from one case to the next. Indeed, when dictating when a change of circumstances should be regarded, the advocacy of a child custody lawyer could have significant influence.

In any child custody agreement, the aim of the New York Courts is to consider and protect the best interests of a child. As such, the courts frequently work to limit the disruptions a divorce may have on a child's life - thereby reducing long-term problems that could damage the child's growth. As Mr. Shapiro reminds his clients, child custody decisions are not made lightly by the courts of New York. Of course, regardless of how essential a child custody order appeared to be at first, the changing needs of growing children, and the fluctuating behavior of parents could always contribute to the significant change in circumstances that makes modifications to standing orders important.

In certain situations, it is possible for parents to make alterations to child custody plans without going to court. Although, nothing is binding until a court signs off on it as courts always retain discretion regarding child custody and parenting time matters. However, the highly emotional and complex nature of child custody matters often makes this difficult. As such, the court needs to be asked to approve, or deny requested modifications to child custody orders based on the change in circumstances that has taken place. This change must be large enough to impact the child's life at such a level that the current custody order is no longer within their best interests. For example, if a parent needs to move to a different city, then changes to parenting plans may be made to allow for longer visitation or parenting times, or different custody arrangements. What's more, it is possible to argue that significant changes of circumstances take place when the current custodial parent adopts a lifestyle that is dangerous to the child - such as alcohol abuse or addiction. Similarly, if the non-custodial parent shows abusive or dangerous behaviors, then alterations may be made to the custody order that requires alterations in parenting time or visitation.

So, when does this change of circumstances need to have taken place? As mentioned above, the answer to that question can depend on the unique aspects of the case. In Jeffrey R. Drew vs. Sonya Gillin 792 N.Y.S.2d 691 (3rd Dept.2005), the guardians (parents), of the child agreed to a lower court order allowing joint custody for their child, with primary custody given to the mother. However, after the order was given, the father quickly sought out sole custody, and argued that since the order had been entered, the mother began to drink alcohol excessively - damaging her ability to look after the child. The child's emotional and health needs were - in the father's opinion - being neglected, as they were often late to school, or absent on various days. The appellate court awarded sole custody to the father after finding demonstrations of a significant change in circumstances that had taken place following the order entry.

In this specific case, there were various additional factors that impacted the court's decision, including the fact that the child had been a witness to various acts of domestic violence launched against the mother by her boyfriends, and against the father by the mother. The child had also been exposed to a known child molester. This study indicates that the court has the option to modify orders if the child's circumstances have changed significantly, and that the material change should have occurred following the entry of the order. Essentially, as Mr. Shapiro informs his clients, any circumstance that was apparent when the first order was entered could not support a change in circumstances finding. What's more, the change would need to somehow impact the wellbeing of a child. For instance, if the parent responsible for the custody of a child can no longer supervise, finically care for, emotionally care for, or oversee the development of that child, then significant changes have taken place. Any change of circumstances that puts the health and safety of a child in danger, or damages their best interests must be considered by the New York Court.

To find out more about child custody matters, please feel free to browse through our blogs. If you are interested in discussing the concerns you have about your own case, please contact our principal Mr. Darren M. Shapiro at your earliest convenience for a free thirty-minute consultation. You can get in touch over the phone at (516) 333-6555, or contact us via our online form.