The New Significant Other and Child Support 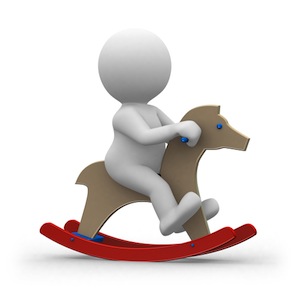 One fact that Mr. Darren M. Shapiro Esq. has become highly acquainted with during his time as a trained mediator, family lawyer, and litigator, is that the family unit can come in many different forms, and with many different complications. Any case regarding children - from issues of child custody, to visitation times, and even child support, is bound to be complex by its very nature, as the court must always aim to work towards the "best interests" of a child. Coming to terms with what can be determined as in the "best interests" of the child means looking at a wide range of different factors - from the wishes of the child in question, to the requests of the parent, and even the relationship a child holds with all individuals present within a home environment.

When one spouse discovers that the other has started a new relationship, problems can arise, wherein a parent feels as though matters of child visitation, custody, and even child support should be re-considered by the court. One problem Mr. Darren Shapiro frequently deals with in regards to child support, surrounds requests to alter that order because of the arrival of a new significant other, girlfriend, or boyfriend, within an ex-spouse’s or partner’s life. Mr. Shapiro has dealt with issues regarding child support through processes such as negotiation, litigation, collaborative law, and mediation, but before a client considers which option is right for them, it may be worth determining why new relationships may cause issues with child support. Similarly to issues with child custody - which can arise from emotional reasons such as jealousy, child support problems can occur for a variety of reasons, the most important being financial matters.

The circumstances surrounding child support are complicated, and often highly varied according to personal situations. When a new relationship emerges, both the ex-spouse involved, and that individual's new significant other may feel that they deserve extra resources to be delivered towards them, and their children. At the same time, the spouse from the prior relationship may feel that the arrival of a new relationship means that more resources should go towards them, and their children.

Mr. Shapiro finds that applications that parents make for child support within a new relationship can appear dubious if the new relationship in question is in-tact. However, if the new couple isn't living together, and were, or are married, then new support obligations may arise. Also, the needs and best interests of the other children belonging to the non-custodial parent can be a reason for courts to deviate away from the base guidelines for child support, if the financial resources that will be available to support the other children will be less than the resources for children involved with the child support order.

Importantly, although Mr. Shapiro frequently sees requests for child support modifications taking place when a new relationship emerges within one parent's life, any serious modification for child support would not be taken seriously by a court without an appropriate financial reason. The presence of a new partner, or significant other, does not count as a reason for downward modification in child support in and of itself. Rather, the change in question would have to be associated with the finances that non-residential spouse has, and any alterations caused by instances such as unemployment, or changes in employment. Similarly, in some cases, custodial parents ask the court to consider an upward modification in the amount of child support they receive from an ex-partner, when that partner starts a relationship with a new person. However, once again, the court does not regard the appearance of a new romantic relationship, in and of itself, to be an appropriate enough reason to change the amount of child support awarded to any individual. As Mr. Shapiro frequently informs his clients - a change to child support must be based on valid reasons according to the law - such as an income alteration by at least 15% or more.

In some cases, however, the addition of a new partner within the financial equation may be classed as additional income by the court. Most of the time, this will not be the case, as typically the only incomes included in consideration of child support payments are the ones of the biological parents. However, if a party in question is considered to be "under-employed", then extra income can be added to their finances through expenses that are being paid by someone else - such as a boyfriend or girlfriend. For instance, if the parent isn't working, but their significant other is paying for numerous bills, those bills may be assessed in consideration of the income that parent has for determining child support obligations. This is called imputation of income for child support purposes.

Mr. Darren Shapiro recognizes that each case regarding child support is different, and the circumstances surrounding a request to modify an order will vary from one situation to the next. To learn more about the details of child support orders, and what can be done if you feel that yours should be modified either upwards, or downwards, please reach out to us. To access help from Mr. Darren Shapiro himself, please schedule your initial half-an-hour consultation for free either in office, or over the phone. It would be our pleasure to speak with you about your particular family law needs.