The Common Considerations in Divorce 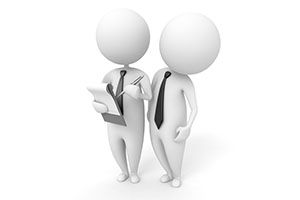 One of the most common matters that Mr. Darren M. Shapiro addresses as a family lawyer, is the process of divorce. While all marriages, and all divorces are different, one element remains the same throughout most cases - the complexity of the experience. No-one approaches their marriage believing that they'll be getting divorced a couple of years down the line - however, many relationships end with a conversation with a local family lawyer. Making a relationship work is tough, and marriages can often break down in ways that we simply cannot fix. Rather than forcing themselves to live in an unhappy marriage, many spouses look for a way to restart their lives in a positive fashion, by considering divorce.

Mr. Darren Shapiro often finds that when his clients come to him with the concept of divorce on their minds - they're never totally certain about whether they're doing "the right thing". Though many clients wonder whether they are making a decision regarding divorce too quickly, the truth is that only you know when your marriage is over. Different spouses have different experiences, and it's up to you to determine whether you would be happier, safer, or more complete after the divorce procedure is finalized. In many circumstances, this means thinking very carefully about both the positive and negative aspects of divorce.

For some - particularly those who have suffered with a range of problems during the course of their marriage - the positives of divorce are easy to see. While there are many concerns to think about, such as concerns regarding child custody, parenting time, support and maintenance payments, there's also an opportunity to break free from an unhealthy relationship, and regain control of your life. At the same time, the financial concerns involved in divorce can sometimes lead to a positive result for certain spouses. For instance, a person can be cut off from an inheritance that you no longer wish to share, and clients can make sure that their ex-spouse is unable to get their hands on any assets earned once the divorce is filed. In cases of less monied spouses, it is also possible to receive child support and maintenance payments as a way to maintain a particular quality of life.

Of course, while divorce can have positive outcomes, it's always going to be an emotional, and trying procedure for those involved. Though Mr. Darren M. Shapiro works his hardest to ensure that the process is as simple and straight-forward as possible, divorce means the end of a marriage - perhaps one that both spouses worked hard to repair. This often means that the process is accompanied by feelings of anger, sadness, and grief. In some cases, the emotional nature of divorce can also lead to disruption in additional areas of a client's life - such as their friendships and family relationships. When you're going through a divorce, it's not unusual to act in unpredictable ways - saying and doing things that are completely out of character for you in most situations. On top of that, it's not just emotions that can be a problem - people also need to think carefully about the amount of money that they need to pay out, or no longer receive through their spouse, and how they're going to maintain a good quality of life for themselves, and their children after a marriage is over.

Perhaps one of the biggest concerns present in a divorce, surrounds the concept of finances. When your divorce is finalized, you may discover that you no longer have access to the health insurance, or inheritance of your ex-spouse, which means that you need to find new ways of protecting yourself. What's more, the marital portions of your retirement accounts which were earned before you filed the divorce will need to be split between both you, and your ex-spouse, either reducing or enhancing your future safety net. In some cases, these issues with expense come just as you're struggling to figure out how you are going to provide yourself as a single person. After all, it is more expensive to maintain a household by yourself than it is to maintain a household with a partner. This can mean that divorced individuals need to find ways to adapt their budget. What's more, for clients that are deemed to be the "monied" spouse, there are additional expenses to consider. For instance, monied spouses are frequently required to pay temporary or permanent maintenance to their ex-spouse. New York now has guidelines for maintenance payments that are based on income.

Besides the stress surrounding finances, the other big concern that Mr. Shapiro often finds his clients struggling with during a divorce - surrounds caring for the children that were a part of that family dynamic. Many parents worry that their children will be negatively influenced by the breaking apart of their current family dynamic, though there is some evidence that children can adjust well to the changes over time with reassurance, routine, and repetition. Studies suggest that the biggest problems that children have with developmental issues arise when there is significant parental conflict during a divorce. However, the children involved in cases with parents who have a high-conflict relationship often struggle more if those parents stay together.

Divorce is always going to be a difficult time for children, with parents fighting to ensure that they either get custody of, or parenting time with their child if they cannot sit down and talk out an agreement. While parents are free to agree upon issues surrounding child support, equitable distribution, and maintenance in mediation procedures, litigation can lead to complex arguments wherein spouses receive less support than they had expected, or end up paying more than they feel to be fair. The important thing to remember is that often the issues surrounding divorce and child disruption are often temporary.

If you would like to discuss the concerns surrounding your own divorce decisions further, please feel free to read up on the information provided throughout our website, or contact our principal, Mr. Darren M. Shapiro for a free thirty-minute consultation. Mediating parties are also encouraged to schedule their free half-hour consultation together. You can contact Mr. Shapiro either via phone at (516) 333-6555 or get in touch via our online form.