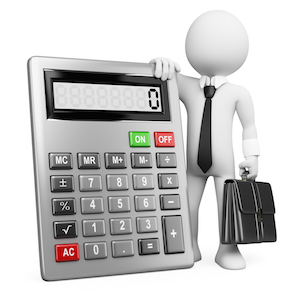 As an experienced family lawyer, divorce attorney, and mediator, Mr. Darren M. Shapiro, Esq. has been frequently exposed to the various complications regarding divorce procedures. Often, divorce involves more than simply dissolving a relationship in legal terms, it also requires a close consideration of equitable distribution and alimony payments, or spousal maintenance. When facing a divorce in New York City, Long Island, or the surrounding areas, Mr. Shapiro frequently reminds his clients that maintenance remains a very important consideration. If there is an income disparity between the spouses, then there's a significant chance that maintenance will be a part of the case. However, in spite of this, it's good to know that there are some considerations and factors to address in order for a court to accurately determine whether maintenance should be paid - how much will be required, and for how long it should go on.

In New York currently, the face of maintenance and spousal support is changing, with the arrival of the highly-anticipated divorce law update signed into law. A concept that was officially entered into New York law on the 25th of September, 2015, the divorce law alteration will be passed into effect on the twenty-fifth of October 2015 for matters associated with temporary maintenance. Remaining updates will take effect during January 2016. The details of the updated law include updates for the guidelines in the temporary maintenance calculation that are used throughout New York today.

While the temporary maintenance (support to be paid during a pending divorce case) guidelines are continued by the updated law, with changes to the formula, they are also extended to post-divorce awards for maintenance (support for a duration of time following the entering of the divorce judgement). Up until now, the previous law placed a cap of $543,000 on the amount of income that should be regarded in a calculation of maintenance. Now, however, the updated law has reduced this cap significantly, to $175,000. In spite of this, a judge could also consider income beyond the cap, or decide to deviate away from guidelines that have been given, using criteria laid out within the relevant statute. What's more, while a divorce is in process, the updated law requires family expenses to be regarded and allocated to each party accordingly, where the court decides it is reasonable. Mr. Shapiro can provide guidance to parties unsure about the details of the cap and temporary maintenance. It's worth noting that the cap will change over time according to alterations in the Consumer Price Index.

A number of practitioners in the past have commented that they felt the temporary maintenance calculation provided by previous law delivered somewhat unreasonably burdensome awards. The hope is that the smaller income cap may be able to address that issue. What's more, a significant problem that existed under the previous law, was the fact that a formula was provided for maintenance on a temporary level, but no formula was given for maintenance considered post-divorce. Because of this, courts, and lawyers like Mr. Shapiro were forced to consider durational maintenance or post-divorce settlements according to a subjective list of criteria given by the statute. Unfortunately, this was troublesome, as because of subjectivity in considerations, and the fact that there were no guidelines regarding the period of time maintenance should be given for, the results of many cases varied drastically between venues, courtrooms, and circumstances. The hope is that the updated law should help to offer more clarification and predictability when it comes to managing cases involving matrimony. This outcome should be particularly useful for lawyers such as Mr. Darren Shapiro, who work to guide their clients through the process of divorce, either through litigation, mediation, collaborative law, or settlement negotiations.

A further feature of the updated law, is that it suggests a range of how long the maintenance post-divorce should be in place. Typically, the guides imply that longer durations should be permitted for longer marriages. What's more, the updated law contains changes in how the presumptive amount of maintenance will be determined when child support is involved - a consideration that failed to be present during the 2010 divorce law overhaul.

When it comes to determining alimony, the maintenance provisions to be regarded can be found within the law of Domestic Relations, under section 236. Generally, the court will allow an ex-spouse to pay a smaller amount of support if they are in the process of contributing child support. However, when child support payments don't exist, or in the case wherein the individual who is required to pay support is in receipt of child maintenance payments, the law uses some presumptive calculations that reflect the temporary maintenance formula used from the end of 2010. For individuals in need of guidance, the temporary maintenance calculator provided by the website for the court system of New York State can be a helpful resource, as it allows individuals to determine a guideline amount. What's more, if the parties in question aren't going through a divorce, then the law allows the family court to consider determining an award for spousal support, so long as the right circumstances are in place. Now, the guidelines provided for determining this also contain identical presumptive formulas that are used as provisions for maintenance in a divorce.

As professionals continue to adjust to the updates of the law, the way that it is regarded will develop, meaning that over time the reality of the new changes will reach further clarity. To learn more about the divorce procedure, please reach out to us. If you are interested in accessing help and guidance from Mr. Darren. M. Shapiro, please schedule your free half-hour consultation at your earliest convenience. We look forward to speaking with you regarding your needs.