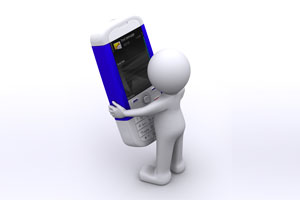 As a parent, all you want to do is make sure that your child is safe and healthy. Sometimes, it can be challenging to find the line between being overly protective, and not doing enough to keep your youngster out of harm's way. After all, you know that the world can be a dangerous place, and though your child's innocence is part of what makes them so special, it can also be a danger to them - particularly in cases where their naiveite leads them into danger. Ultimately, you can't wrap your child up in cotton wool and prevent them from living their life. Children need a certain level of independence to find their identity and discover their place in this world, but that doesn't mean that you can't do anything to help protect your loved one.

Attorney Shapiro isn't just a divorce lawyer; he also handles matters across the full scope of family law. Sometimes, this means helping parents to understand how they can continue to protect and care for their child after a divorce as a child custody attorney. Other times, Attorney Shapiro is on hand to help answer some of the complicated questions that modern parents face every day, like "when is it appropriate for a parent to read their children's text messages?" As cell phones, text messaging and technology emerge as a common part of the average youngster's life, questions around a parent's ability to monitor their child's phone frequently arise in cases of family law.

The Line Between Protection and Independence

In most cases, the courts of New York dictate that parents should be able to monitor their children's cell phone use, including any text messages that the child receives or sends. Ultimately, until your child becomes an adult, it's your responsibility to keep them safe, and that can include watching their messages if you feel as though such an action is necessary. Parents can monitor their child's text messages in a number of ways, from simply scrolling through the phone, to downloading apps that allow them to remotely check messages.

As a divorce attorney, Mr. Shapiro often sees cases arise in which parents want to use the messages that they find on their child's phone to support their child custody or divorce case. If you hope to use the information on a child's phone as evidence in a family law proceeding, then there are certain rules and potential hurdles to consider. For instance, as Attorney Shapiro reminds his clients, it can be difficult to show for certain that the text is authentic. For a text to be used in court, you and your divorce lawyer will need to prove that the other part was, in fact, the person who sent the message.

In certain situations, it may not be enough to simply show that a certain number sent a message. After all, cell phones can be used by people other than their intended owner. A message sent from one person's phone may not have been typed by that same person. Another potential issue in using text messages for evidence is that the New York Courts generally regard this form of communication as inadmissible hearsay. The rules of family law dictate that out-of-court statements can't be entered into a case unless specific exceptions apply.

There are plenty of problems involved with using text messages as evidence in a child custody or divorce case. In most situations, Attorney Shapiro will advise against using this content in a case unless it's absolutely necessary. Besides the fact that texts can be declared inadmissible, there's also the problem of sender privacy to consider. The federal law prohibits the transfer or sale of any records on a cell phone - including text messages. This law highlights the fact that both receivers and senders using cell phones should have a right to privacy in their messages. As such, parents usually won't be able to obtain official copies of text messages from a service provider, unless they can get an order from the courts of New York.

Unless the case in question demands that the court examines the text messages sent to a child's phone to help them make a decision regarding child custody or divorce issues, then it's unlikely that cellphone records will help with your case. Although, as a parent, you have the right to monitor your child's cell phone activity, using that activity in your legal proceedings is a different matter entirely. Of course, whether or not the court considers the messages to be essential to the information of the case will depend on the situation in question. Also, whether or not it is an improper invasion of privacy for one parent to monitor the text messages between another parent and the child is a topic for another day.

If you're currently dealing with the complexity of a New York divorce or child custody issue, reach out to the Law and Mediation offices of Attorney Darren Shapiro today for help planning your case. You will be able to book a free thirty-minute consultation, to begin with, addressing issues like divorce, adoption, separation, and child custody. Call today at (516) 333-6555.