Could There be a Change in the New York Surrogacy Law? 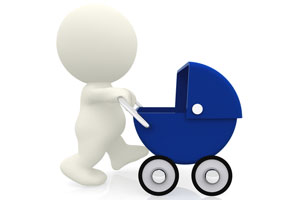 If you've struggled with having a child of your own in the past, and you're hoping to start a family with your family in the coming years, then a potential update to the New York surrogacy law could be the chance you've been searching for. There are countless reasons why a couple might be unable to conceive a child on their own, from problems with biology, to the challenges that face same-sex partner. For many people, surrogacy appears as the best and simplest option to establish a new family, but the problem is that, right now, surrogacy may not be as simple as it seems.

As a child custody lawyer, Mr. Darren Shapiro has discussed the issue of surrogacy with his clients many times, unfortunately, as he reminds the couples that he works with, New York law outlines that surrogacy is not a legal process for starting a family. You could even be penalized from entering into a surrogacy contract.

As of March 2018, when this webpage is written, this is the current state of the law. There are two different types of surrogacy in the world today. The first is traditional surrogacy, where women who agree to act as a surrogate for two partners are given sperm that fertilizes one of their own eggs. With traditional surrogacy, the resulting child has a biological connection with the surrogate mother. Alternatively, gestational surrogates help to grow an embryo that is designed using the sperm and egg of the parents of the intended child.

As Mr. Shapiro reminds his clients, contracts written up around surrogacy parenting are not enforceable according to the supreme and family courts of New York. Though his job as a child custody attorney is to act on the best interests of his clients, he can only do so within the legal guidelines available. If you have a baby using a surrogate in New York, according to Article 8 of Domestic Relations law, you will have no legal rights to obtain custody of the child, except in the cases of pre-conception parenting agreements and paternity agreements. The laws in New York also suggest that no person should be able to pay or give money to facilitate the birth of a child, beyond the costs of hospital expenses. This means that you could face penalties if you're involved in surrogacy in New York.

Why Is Surrogacy Not Enforceable in New York?

Obviously, surrogacy is a complicated matter, and many would-be parents simply don't understand why they cannot ask for surrogate to carry their child on their behalf. One of the reasons why New York legal does not allow for surrogacy contracts can be traced back to a case surrounding "Baby M". This case took place in New Jersey, and involved an argument between Mary Whitehead, and the intended parents, "The Sterns". When Whitehead gave birth to the child, she decided to keep the baby, and even threatened the father.

When the Sterns went to court with their child custody attorney, the judge could not support the surrogacy contract, and found that Whitehead was the biological mother of the child, just as Mr. Stern was the biological father. This issue draws focus to the complications that can happen when a surrogate mother grows attached to the child in her womb. Many surrogate mothers begin to bond with their child during pregnancy and decide that they'd rather keep the child after birth. The New York Court is required to act within the best interests of the child, and they believe that children should be able to maintain links with their biological parents.

Is the Law Around Surrogacy Changing?

The issues surrounding whether surrogacy should be legal in New York have faced a great deal of controversy over the years. While some people argue that surrogacy should be allowed, there are many people who wish to be parents who believe that the current rules in place are outdated. According to one article by Alexandra Sifferlin in Time, there are currently 22 states in America that allow surrogacy and are willing to enforce surrogate contracts. However, there are four other states, including Nebraska, Michigan, New Jersey and New York that do not support surrogacy contracts, and will even penalize individuals who take part in the practice of surrogacy. The remaining states have no laws either way on surrogacy. This means that although you may not be penalized for entering into a surrogacy contract, your court will not be able to support that contract either.

Mr. Shapiro is available to act on the behalf of parents and children when it comes to the issues of family and child custody law. As a family law lawyer and child custody attorney, he will also be able to support would-be parents if a new bill comes into play that would allow gestational surrogacy to become legal. The bill would allow parents to maintain rights over custody and visitation for a child if the child is related biologically to the intended parents. The "Child Parent Security Act" was established by Brad Hoylman, a New York Senator.

Hoylman suggests that all would-be parents should be able to enter into legal agreements with a surrogate mother to maintain rights over their child. The bill that he suggests would allow for the establishment of something known as intended parentage, which would mean that even if questions emerged about how a child was delivered into the world, the contract would outline who the intended parents should be, and who should be able to care for the child. However, for the bill to become law, it will need to be proven that it is something that can support the best interests' standards of New York.

For more information about the details of child custody, and what can be done in regard to parentage, contact our principal, Mr. Darren M. Shapiro at a time that suits you. You can connect via our online form, or through phone call to (516) 333-6555 to schedule a free consultation of up to thirty minutes in length.