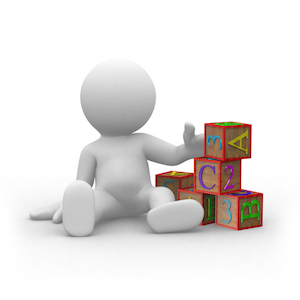 Darren M. Shapiro Esquire has handled numerous complex matters when it comes to working through cases of family and matrimonial law. As a collaborative attorney, fierce litigator, and certified mediator, he has moved through numerous different processes in the pursuit of resolutions regarding issues of spousal support, child support, and paternity. Typically, in the New York family court, cases of support are initiated through the filing of petitions. In general, paternity cases, and family court support cases will be assigned to support magistrates. The professionals assigned to consider these cases will be expected to analyze the various details of the case in question, and help to come up with decisions on how support should be fairly awarded according to the Child Support Standards Act.

During these often complicated cases, support magistrates have the power to determine various types of relief, and grant that relief according to the details given by the Family Court Act. This relief can be given for proceedings that involve a number of complex issues, such as support, support enforcement, matters to do with the Uniform Interstate Family Support Act, and paternity. So long as the case in question is applicable, the present support magistrate will also have authority to decide upon motions, issue summons, and deliver subpoenas following section 153 of the Family Court Act - while deciding proceedings based on section 5241 of Civil Practice Law, which involve income executions for support.

Of course, as Mr. Shapiro reminds his clients, with any particular court case, the role that a support magistrate plays will depend on the unique features within that case. For example, within proceedings that are required to help establish the truth of paternity, the magistrate will advise the mother and the putative father regarding their right to use counsel. The magistrate in this particular set of circumstances will also explore whether the mother and putative father are making a request for genetic marker testing or DNA tests. Importantly, however, it's worth noting that the above tests are not always appropriate, and may not be ordered in cases wherein estoppel or similar circumstances apply.

In the case wherein a genetic test is allowed, the support magistrate will then have the power from that point to determine matters in that proceeding, including the delivery of any orders of filiation - which are used to officially name a man as the father of a child. When an order of filiation is granted, it can be used to allow a father to file for parenting time or visitation with a child, or even custody over the child. In the situation wherein the father is the non-custodial parent, an order of filiation will give them the responsibility of paying child support. Once that order has been issued, and child support becomes a matter in need of consideration, the support magistrate will have the power to make final and/or temporary orders of support.

Crucially, in matters wherein Darren Shapiro's clients are addressing issues of child support and other cases that would take place before a support magistrate, the rules of evidence will be applicable. Because of this, any support magistrate in a case will be able to issue subpoenas and administer oaths. Everything from the conduct of the trial, to the findings of decisions and facts, and any issues that are incidental to the proceedings in questions must be considered in accordance with rules given by the chief administer of the court. At the same time, any proceedings in the presence of a support magistrate must be recorded, and the transcript of that recording can be made available to parties if they wish to order it.

Mr. Darren Shapiro often reminds his clients that, although support magistrates can hold much authority and power within the courts in regards to issues of paternity and support, it's worth being aware of what they cannot do. For example, support magistrates are unable to grant relief from issues of commitment (incarceration), contested paternity involving claims of equitable estoppel, visitation, custody, visitation as a defense, or orders of protection. All of the matters previously mentioned must be referred to a judge. In situations where the respondent in a case denies paternity, and the paternity denied is contested according to equitable estoppel, the support magistrate cannot determine paternity until a judge determines whether equitable estoppel can apply and prevent a DNA test. However, equitable estoppel may briefly be applied to prevent a DNA test because the person has held himself out as the father of the child by providing support or exercising parenting time.

Any determination given by a support magistrate must include findings of fact, and in many cases will also include a final order, which is generally delivered to both parties involved. Mr. Shapiro frequently finds that the parties within cases of paternity and support may not always agree with the final orders provided, and as such - written objections to those orders can be filed and served by either party within 30 days of the hand-delivered order, or 35 days of an order mailing date. Crucially, any party involved within the case that wants to file an objection against the final order will have to serve a copy of their objections to the opposing party. The opposing party will be given a period of thirteen days during which they can file a written rebuttal to those objections. However, to make sure that the documentation is received by the opposing party, proof of service needs to be filed with the court at the same time that the objections and rebuttal are filed. Once the time for the rebuttal has expired, or within fifteen days of the rebuttal being filed, a judge will be required to review the information and may then remand any issues of fact to the support magistrate. At the same time, the judge may choose to make their own findings using the new information, without necessarily having to create a new hearing, and choose to grant or deny the objections given.

Importantly, Mr. Shapiro will advise his clients that during the time when the review of any objections given is pending, the order the support magistrate provided will be in full effect. However, when a new order is issued, payments made by the respondent that go beyond the amount dictated by the new order can be applied to support as credit. For more information about issues of child support, paternity, and the role of support magistrates in family law, please reach out to us. Let us know what we can do to help you!