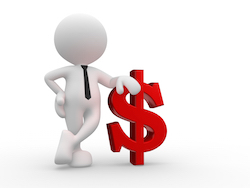 As an experienced family law attorney, professional litigator, certified mediator and collaborative law lawyer with a vested focus on the area of family law, Darren M. Shapiro, Esq. frequently navigates through a complex scope of disparate disputes and cases within the New York City area, and Suffolk or Nassau County, Long Island. As many people are already aware, the sphere of family law encompasses an expansive spectrum of legal topics, generally involving children, marriage, and spousal disputes. Common subjects of family law typically center on issues such as divorce, child visitation (parenting time) and custody rights, payments of spousal or child support, and issues of adoption, domestic violence, or orders of protection.

In an attempt to represent his clients to the utmost of his ability, Mr. Shapiro regularly hones his skills in all aspects of family law, which requires him to strive consistently to maintain the most up-to-date knowledge in all areas. One area which Mr. Shapiro can come face to face with - particularly in family law issues regarding children and child support - is that of the New York Support Collection Unit. The reason that Mr. Shapiro is familiar with this area of family law is that any recipient of child support is automatically given the right to ask for the court to provide that payments be made through the Support Collection Unit. An order of child support as issued by a court within New York, can direct that the noncustodial parent within a case to pay child support through the SCU (Support collection unit). From this point, the SCU will be responsible for collecting, tracking, and disbursing payments to the custodial parent.

Initially, payments may be made by the payor or noncustodial parent sending payments to the New York, Albany SCU. However, it is important that these payments be issued in a timely manner, to ensure that an income execution order or income deduction order can be avoided. One disadvantage that payee of child support often experiences when moving through the Support Collection Unit, is that it typically takes longer for the custodial parent to receive the finances, as the payments must be processed through Albany before being distributed. However, the concept remains useful in the way that the SCU keeps a clear and legal record of all the payments that have been sent and received. This means that should a "violation case" be brought forward in court, a representative from the Support Collection Unity is permitted to be summoned to court to provide a report of payments received and balances due. Mr. Darren Shapiro often finds that the non-custodial parents he works with also benefit from this idea as it can eliminate any debate about whether an about was paid or otherwise. Our office finds itself on all sides of cases representing custodial and non-custodial parents.

An important concept to keep in mind when payments are ordered through SCU, is that any payments which are made or sent in another fashion may not be credited as child support. For instance, if the non-custodial parent chose to offer payment in a direct deliverance of cash, there is some danger that the amount would be classified as a "gift" rather than official child support. Usually, the custodial parent will be asked by the court whether any direct child support payments have been given - even though those payments should have been sent through the SCU. Typically, Mr. Shapiro advises his clients to avoid paying child support through other mediums, as it can be dangerous.

Another aspect to consider when discussing the concept of the Child Support Collection Unit, is the methods that exist to enforce an order should the parent get paid in cash, or not work on a regular basis. Enforcement techniques are varied and can range from notices of delinquency to: automatic billing, credit bureau reporting, property attachment, liens, and interception of tax refunds. Crucially, the enforcement office will also have the opportunity to request the revocation or suspension of professional licenses, driver's licenses, occupational and recreational licenses should the payor fall into arrears. For some of Darren Shapiro's clients - this raises a crucial question, which is: if a license does become suspended, can the payor get it back if they don't pay all the arrears? Often, Child Support Enforcement will construct a carefully organized plan with the parent in question if a certain percentage of arrears are paid. However, it's important to be aware that if a plan is made and then broken, Child Support Enforcement may neglect to offer a new plan in the future. On the other hand, paying off all of the arrears may help to clear the way for licenses to be restored if those arrears were the only blockade standing in the way of a license being returned.

One final matter to consider in regards to child support enforcement and child support collection, is that Cost of Living Adjustments or increases can be made so long as the support order meets the necessary requirements provided. This increase is issued as a change in the support order in an attempt to reflect how much the cost of living may have increased. Whenever a support order is paid through the use of a support collection unit, they will be required to review that payment and check to see whether it qualifies for an increase according to COLA once every two years. However, either side involved within the support case may contact the SCU at any given time to find out whether their order qualifies for an increase. Interestingly, as Mr. Shapiro informs his clients, if the SCU sends a notice of a COLA increase and either side makes timely written objections to the order, the Family Court will need to schedule de-novo proceedings or a new determination of child support. This simply means that a new determination of the amount of child support that should be paid according to current income can be possible - even if the order wouldn't otherwise allow for a modification.

To learn more about the various aspects of family law, child support, and other complex legal issues, please reach out to us. If you are interested in using Mr. Shapiro as a litigator or attorney within your particular case, feel free to schedule your complimentary half-an-hour consultation either in-office or over the phone. Let us know what we can do to assist you.