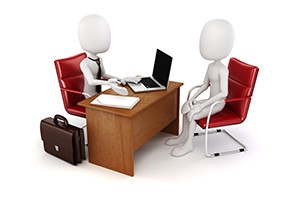 Relationships are complicated. They come with their own unique ups and downs, and various intricate considerations to think about - particularly when marriage and family are involved. Many people attempt to find ways to fix their relationships when problems start to arise, with things like marriage counselling and careful changes made to the dynamics between spouses. However, in some cases, certain problems simply cannot be fixed. Some couples may grow apart, where others may be torn apart by situations either in, or beyond their control. Whatever the reason, it's clear to see that many people throughout New York, Long Island, Stony Brook and other Suffolk County areas, and even the world may end up needing the professional input of a family lawyer at one point or another - whether it's to deal with the initial process of divorce, or the fallout of issues like child custody and visitation, maintenance, and more.

While a number of marriages in New York end in divorce, the number which goes up further for those who are engaging in a second marriage. While it's true that many people manage to undergo very successful relationships that continue for the length of their entire lives, it's also true that a large percentage of individuals find themselves seeking the professional help of a family lawyer, who might be able to assist them in pursuing their best interests. In Stony Brook and Suffolk County, people look into divorce procedures with a local family lawyer, either through mediation, litigation, or collaborative law.

Stony Brook is a census designated place and Hamlet found within Suffolk County, in the town of Brookhaven. It's located towards the Northern shore of Long Island, and began in the colonial era as little more than an agricultural enclave - experiencing its first growth boost as a resort town, until it became one of the most significant tourist towns in Suffolk County - and an impressive hub for education. By 2010, Wikipedia.com reports that the census found a population of around 13,740 people in Stony Brook. That number could be further divided into 4,758 households, out of which 39.2% consisted of children living with families, and an incredibly large 71.3% included married couples living together. Only 16.2% of all households in Stony Brook were made up of individuals. Since then, City-data has reported that the numbers have changed somewhat. Now only 62% of residents are currently married, whereas 4.4% are divorced, and 0.6% are separated.

Despite the obviously impressive census statistics in 2010 surrounding marriage in Stony Brook, the changing information throughout the years just goes to show that divorce issues can strike anywhere - regardless of where you might choose to live. After all, while it's fair to say that some areas of New York and Long Island may have higher or lower numbers surrounding divorce statistics, it's also important to recognize that this doesn't necessarily mean that living in, or moving to these areas would have any impact on the ability of your marriage to thrive. Indeed, the residents of Stony Brook, just like the individuals anywhere else within New York or Long Island, have a relatively good chance that they will need to seek out the assistance of a family lawyer at some point during their lives, regardless of whether they're pursuing something positive like adoption, or making a significant change in their family dynamics with something like divorce.

Since issues of family law are so common - regardless of where you choose to live, it can help residents of Stony Brook to know that they have a professional and welcoming source of guidance nearby. Mr. Darren M. Shapiro's office of law and mediation can be found at 99 Jericho Turnpike, Suite 300-G Jericho, NY 11753 - a short distance from many supreme and family courts, like the one at 400 Carleton Avenue, in Central Islip or Riverhead, Long Island. Readily equipped to help couples overcome the complications associated with divorce and the surrounding procedures, from child custody and visitation, to spousal support, Mr. Shapiro's office is ready to help many individuals who might reach out - regardless of the complex circumstances that their specific case might present.

Mr. Shapiro is fully aware that the complex issues regarding family law can extend far beyond issues of divorce, into matters such as child custody agreements, to matters of support settled through litigation, negotiation, mediation or collaborative processes. In many circumstances, Mr. Shapiro will encourage each client to make their own decision regarding how they want to handle their case, but he will also offer information and guidance surrounding the different courts, and different processes available. Many couples may choose to select the time and cost-effective option of divorce mediation - particularly when children are in the picture, as mediation can present a more amicable solution than the stress and discomfort of litigation. Of course, each case is different, and each will come with circumstances that help to outline what the best course of action might be. For some individuals, the option of litigation may well be the only reasonable choice.

However the residents of Stony Brook choose to manage their cases regarding family law, it's important to know that Mr. Shapiro is nearby, ready and equipped to help them navigate the process of their divorce or legal procedure with their best interests in mind. From answering your questions about courts and concepts, to ensuring that you are fully prepared for each aspect of your own legal process, Mr. Shapiro has been carefully managing cases of family law within Long Island and New York for a number of years, and was admitted to the New York State Bar in 1999.

If you'd like to learn more about the guidance, and support that Mr. Shapiro can office, why not schedule your free initial consultation, up to a half hour? The office is convenient by taking exit 40 on the Long Island Expressway, or using exit 34 on the Northern State Parkway. From his friendly and welcoming space, Mr. Shapiro provides useful guidance, reasonable rates, and a welcoming atmosphere for all. Get in touch either at (516) 333-6555, or fill out our online form to learn more.