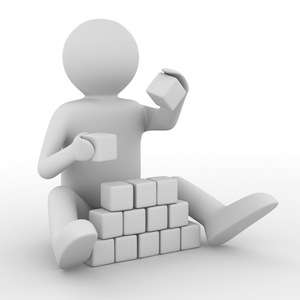 As an experienced family lawyer, Mr. Darren M. Shapiro Esq. frequently manages cased regarding families of many different shapes, sizes, and origins. Today, step-parents make up a frequent part of many children's lives, and form an important part of the family dynamic, making them a crucial consideration in various aspects of family law, from guardianship, to child support, and even paternity considerations. For those who want to overcome the confusion permeating New York and Long Island regarding the financial responsibility a step-parent holds, Mr. Darren M. Shapiro can help. He knows that questions regarding the individual attitudes and actions of family members, and the role that step-parents play within a child's life constantly arise. Although marrying a child's parent would seem to potentially develop some form of legal relationship, this "step" relationship doesn't necessarily create the obligations and rights one might expect on a legal basis.

Typically, most step-parents will develop a strong bond with their step-children over time, and may even come to think of them as their own children. In these situations, step-parents often voluntarily show their commitment to these youths by caring for them both financially and morally. However - as Mr. Shapiro sometimes reminds his clients - it's important to note that step-parents in Long Island and New York do not automatically receive standing to ask for the parenting time or custody rights of a legally established mother and father. This is the case whether or not that step-parent has begun to provide voluntary assistance for the child. In other words, step-parents are not able to instantly receive the "parental authority" rights, responsibilities, and duties of a biological father or mother, simply because they have married a child's father or mother. The only way that a step parent can gain visitation and parenting time rights according to the law is to approach the court with the help of a family lawyer such as Mr. Darren Shapiro, and adopt the child, become a legally appointed guardian, or ask for a paternity finding.

Although common law may suggest that step-parents are not financially responsible for the education, health, and welfare of their step-children, there are some important circumstances that must be considered. For instance, if the marriage between a step-parent and biological parent ends, the existence of the estoppel doctrine may make that step-parent directly financially responsible for the children. Similarly, step-parents may be legally ordered to pay for child support for the children in question while they are married to the other parent of the child[ren], if those aforementioned children may end up becoming "public charges". Often, knowledge of this information can prompt parties involved in an ongoing divorce to seek a faster resolution for the finalization of a divorce, if they haven't already been encouraged by other reasons. If, however, the children are not in danger of becoming public chargers, step-parents shouldn't be obligated to pay child support for those children, unless they are found to be a parent by the legal principle of equitable estoppel.

The concept of "equitable estoppel" is one that Mr. Shapiro has encountered during his time as a family lawyer, through cases regarding paternity, and matters involving step parents. An individual achieves "equitable estoppel" status if, for example, a step-father considers the child in question to be their own - despite a potential lack of biological relationship. During these circumstances, the step-father - if another person hasn't already been identified legally as the father of the child - may be regarded as the father by the court - regardless of the results of any DNA tests. Importantly, similarly to any case of family law that involves decisions to be made about children, findings that the court should apply equitable estoppel to a step-parent must be considered in accordance with the best interests of the child[ren]. In other words, equitable estoppel may not be used as device to enforce rights against someone that might lead to injustice or fraud. Rather, equitable estoppel allows for an individual to hold themselves as the parent of a child, which is often done through their actions in exercising parenting time, and providing support.

The doctrine for equitable estoppel can be useful for those who hope to avoid the strain of DNA testing, as legally, if one party within a family law case makes a motion for DNA testing, the court may be required to order DNA or genetic marker testing. However, if equitable estoppel is in place, then the court may determine (usually in writing for the sake of creating the correct accounts), that DNA testing would not be in the best interests of the child. Similarly, DNA testing may be prevented as a result of the presumption of legitimacy for a child that was born to a married mother, or as a result of res-judicata - a term meaning that the issue has already been judicially determined. A request for equitable estoppel as made with assistance from a lawyer such as Mr. Darren M. Shapiro may either be raised by the current step-parent who has developed a bond with the child and wishes to be legally identified as a parent, or it may be raised against a person who wants to waive their right to be identified as a parent.

Across America, millions of step-parents currently provide emotional and financial resources for their children, either through love or a sense of obligation. Usually, if the parent and the step-parent then divorce at a later date, that step-parent is unlikely to be asked to pay child support, except for when particular circumstances - such as equitable estoppel, are in place.

If you would like to learn more about the process of applying for equitable estoppel, or how the law regarding child support may apply to step-parents, please feel free to browse our website or reach out to us for more information. If you are interested in using the services that Mr. Shapiro provides clients seeking help with such cases, please schedule your free half-an-hour consultation as early as possible. We look forward to speaking with you.