Split the Children Between Parents 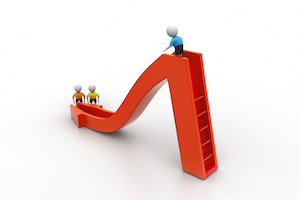 With his own legal practice located conveniently in Nassau County, Mr. Darren M. Shapiro has been exposed to a wide range of disputes, from issues that arise during a divorce, to matters of child custody and visitation rights. One of the questions he has dealt with in the past has related to the way in which sibling children may be split apart when everyone involved has the same wish for custody. As Mr. Shapiro frequently reminds his clients when managing cases that involve children and custody - the court will always make a determination according to what they consider to be in the "best interests" of the child or children involved. Therefore, if the court believes that the best interests of the children require that different parents should be given custody then the Long Island case will be treat as such.

Battles for child custody throughout the entire of the United States - not only in New York or Nassau County, can be extremely challenging and emotional for everyone involved - not just the parents, but the children too. If a couple, with the assistance of a professional like Mr. Darren Shapiro, is not able to come to an agreement through the process of mediation, then the court will be forced to come up with creative solutions to problems that can be highly sensitive. In all cases, however, the best interests of the children will be of paramount importance to the court.

In the instance of Kramer vs. Kramer - for example, the New York Supreme Court in Nassau County was required to consider the details of an acrimonious battle for child custody, regarding a divorce that took place with a dysfunctional family. For this particular case, the couple had been married in 1992, and by the time the case was filed in 2011, the wife made certain claims during divorce proceedings in seeking the temporary sole custody of the children, exclusive occupancy of the marital home, and maintenance. She alleged that the husband had reduced his support for her and the children, and drained the joined bank accounts. On the other hand, the husband (or defendant), claimed that his wife had turned the three eldest of his four children against him, and that she was unstable, living with an undiagnosed mental illness.

In the above instance, the New York Court was left to determine the best interests of custody for the three youngest children, and all of these children had expressed some sense of hostility towards their father. During court-ordered evaluation dates, the wife failed to show up for her sessions, and neither parent could come to an agreement on a therapist for the children. During the proceedings, the wife claimed that her husband was stalking her, and filed a stay away order of protection, while requesting sole custody. This order for protection was granted by the Nassau County court.

For more than a year, the wife involved within the case made allegations of abuse against her husband that were determined to be unfounded, and three of the children claimed that they had been mistreated by the husband. On the other hand the husband issued complaints that his sons were assaulting and abusing him on a physical level, and the court ordered a psychological evaluation for all parties involved.

Obviously, in the above case, as in many cases regarding child custody, the personal circumstances of the members involved in the battle made for an incredible complicated situation. While the court explained, as Mr. Shapiro explains to his clients, that the main consideration to determine in custody battles was the best interests of the children there are many factors to consider for a court to come to terms with what actually defines those "best interests". After all, not only must the court consider what custody order will promote the best welfare and happiness for the children, but they also need to think about how each parent can contribute to the development of the child, and the parent's ability to care for that child. In the above case, although the opinion of an older child is often considered by the court in custody battles, the court noted that if the wife was given sole custody, the children would not have any kind of relationship with their father - and the relationship that they did have currently had been damaged by the wife.

On the other hand, however, the youngest child in the case was regarded differently to the other siblings, and the court determined that her stated preference was not in her best interests. Because of that, the court noted that splitting siblings may be discouraged in most court cases, but believed that allowing the daughter to live with her brothers would lead to an adoption of those brother's attitudes. As a result, the husband in the case was given custody over the daughter, with visitation rights permitted to the wife.

The above example is just one situation wherein the issues involved in a case of child custody and visitation can be complex and may require a creative intervention from the courts. Mr. Shapiro, along with all people in the legal system, must work towards a result in any matrimonial case that considers the best interests of the children involved above all else. Most often, in circumstances of custody and visitation, the problems that may arise within a case can be subdued through the careful use of professional mediation. Mr. Shapiro offers such services from the comfort of his Nassau County office, and provides guidance to anyone in need of help with a case of family law.

For more information about what Mr. Shapiro may be able to do for you in terms of custody and visitation cases, please reach out to us. If you are interested in using Darren Shapiro as a litigator or mediator, then schedule your free half-hour consultation at your earliest convenience. Tell us what we can do to help you - it would be our pleasure to speak with you.