Sobriety in Child Custody and Visitation

The Issue of Sobriety in Child Custody and Visitation 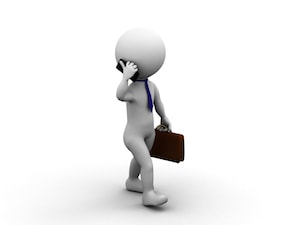 Family lawyers like Mr. Darren M. Shapiro work alongside a wide variety of families when it comes to the issue of divorce and child custody. When parents make the decision to end their marriage or relationship, they often have many complex concerns to think about regarding how a child will be cared for in the future. One of the most complex issues that parents need to address, involves how parenting time and child custody should be divided, or distributed among the couple. If couples cannot come to a decision themselves with the help of a child custody lawyer and mediation, then the courts will need to make an order according to the best interests of the children.

While many different factors can influence a court's decision, one of the most common involves the presence of sobriety in a parent's life. If an individual seeking parenting time or visitation has struggled with issues of drugs or alcohol in the past, then this may have an impact on what the court considers to be within the child's best interest. As a divorce attorney, Mr. Shapiro has seen the court make numerous different decisions about custody in these circumstances.

It's easy for an opposing party in a divorce to argue that problems with sobriety should limit a parent's exposure to their child. However, most courts feel that parents should continue to be allowed visitation and parenting time when they begin to get their life back on track. In fact, many courts suggest that the best thing for any child, involves developing relationships with each parent. In one case known as Spoor v. Carney, a trial was held to determine whether a history with substance abuse should stop a father from being allowed visits with his child in an unsupervised manner. The court found that the since the father had shown his dedication to sobriety by completing treatment, the best interests of the child were in maintaining meaningful relationships with each parent.

As a child custody attorney, Mr. Shapiro works to provide his clients with as much guidance as possible to support their case, regardless of their background. When it comes to issues regarding parenting and visitation and sobriety, he reminds his clients that the circumstances of the case can determine the decisions made by the court. In most cases, however, the court would prefer to offer relationships with both parents to the child, as they psychological benefits of this can be significant.

However, as a divorce attorney and professional in the world of child custody, Mr. Shapiro will always work on the behalf of his clients to give them the best chances possible of reaching their goals in the courts. In certain circumstances, when parents are refused parenting time or custody due to alcohol, sobriety, or issues with drugs, they may be able to petition for a change in the court's decision at t later stage. The courts prefer not to change parenting and custody times when possible, but if there has been a substantial change in circumstances then they may reconsider the case.

Petitioning for a Change in Circumstances

In one case, known as Ruiz v. Travis, the Appellate division was required to determine a case where the mother had petitioned the court for changes in custody, after the grandparents of a child were initially given custody. She claimed that she had been able to maintain her sobriety for a long time, and this was a significant change in circumstances. Additionally, she worked with her child custody attorney to prove that she had been able to get full-time employment. The court agreed that she was no longer unfit to care for the child and reconsidered the case of custody.

Alternatively, in the 2006 case of Grassi v Grassi, the court chose to dismiss the petition of the mother for supervised visitation after she was unable to demonstrate a change of circumstances substantial enough. However, the courts erred when they stated that the mother would have to maintain sobriety for a significant period, go to therapy, and take certain medications in the future in order to change the order. The appellate court noted that the previous court could not compel a parent to go to therapy to apply for custody or visitation with her child. Although those things might show a change in circumstances, it was inappropriate for the court to order what the definition for a significant change would be.

Dealing with Sobriety in Custody and Visitation

Mr. Shapiro's long-standing experience as a divorce lawyer means that he has a great deal of experience dealing with complicated cases on the behalf of his clients. In some circumstances, the issues that need to be addressed in regard to visitation and custody link back to sobriety, and decisions must be made how that sobriety will affect the future of a child. In one case called Ferguson v. Skelly, the children of a father were living with their grandparents in non-parental custody. The court had found that while the father previously had a history with substance abuse, he had been able to get sober, and this meant that he should access a superior custody claim over the rights of the non-parent. The case in New York dictated that a biological parent should always have custody rights over their child that are seen as superior to the rights of a non-related individual.

What's more, in the circumstances shown in Nephew v Nephew, the father was able to demonstrate his sobriety and dictate the extraordinary circumstances were not present that could dictate the grandparents should be allowed to continue raising the children. Courts often believe that a parent should have the right to raise their child, so long as that decision will not harm the best interests of the child.

To discuss your own issues regarding divorce, child custody, and family law, please contact Mr. Shapiro via our online form, or (516) 333-6555 to schedule your free initial consultation.