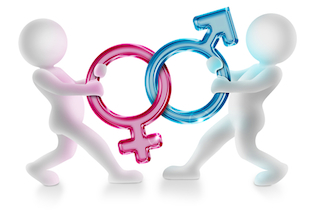 Darren is an experienced Long Island Family Lawyer and mediator with an office in Nassau County New York. Darren M. Shapiro, Esq. has the skills to handle your legal separation. Clients can expect straightforward advice, hard work and practical solutions when using him as their lawyer.

Some people choose to get divorced immediately after entering into a Separation Agreement. This has become relatively easy in New York now since the passage of the No-fault divorce law. In that event, couples can in most cases rely on the terms of the separation to become the settlement in their divorce. It is no longer necessary to live apart after the legal separation is entered for one year to get divorced. Living apart for one year after the legal separation was the closest option to a “No Fault” divorce that was available in New York up until the end of 2010.

New York's version of the No-Fault divorce law which simply requires that the marriage has been irretrievably broken for at least six months. Once all the financial and ancillary issues have been sorted out, a divorce can be granted entered. That is where the Separation Agreement comes in. It is a document that settles all the financial and ancillary issues which enables someone to get an uncontested divorce.

Getting an uncontested divorce after entering into a Legal Separation is one of the reasons that people choose to enter into a Separation Agreement instead of filing for a divorce first. Having a separation agreement, which is properly drafted, which Darren M. Shapiro, Esq. can help make, is one way to reasonably believe that your divorce should be “uncontested” when it is filed. Some choose the Legal Separation route, as opposed to getting divorced right away, as either the Husband or Wife might be able to stay on the other’s health care plan while legally separated.

There are distinctions, under many policies, between a judgment of separation, and a separation agreement, so people are advised to carefully review whether they will be able to stay on their spouse’s insurance plan when legally separated. Insurance companies usually provide coverage in many states and might not be immediately familiar with the New York law on the matter. In most instances, it is not possible to stay on a spouse’s health insurance after the Judgment of Divorce is entered under most insurance plans. In that case the option to pay out of pocket for COBRA benefits might be available for up to thirty six months or three years. Post nuptial agreements are another route that this office can explore with you when assessing whether the legal separation option is appropriate for you. Under this option disputes with the health insurance company might be avoided.

Others may choose to get a Legal Separation, prior to filing for divorce, as they want to leave the possibility of reconciliation open while gaining the peace of mind that a separation agreement can help ensure. When drafting a legal separation agreement, the goal of this office is to provide a legally binding contract that settles all the issues involved in dissolving a marriage. Once the issues that need to be included in a separation agreement are settled, some couples find that this opens the lines of communication between them that were formerly blocked. Once the agreement is made, the parties involved are permitted to reconcile, rescind the agreement, and resume the marriage if they choose. Others may choose to stay legally separated or file for divorce. Options can remain open with Legal Separations.

A key word in the phrase “Separation Agreement” is Agreement. That means both the Husband and Wife need to agree upon the terms and both sign off on it. Legal Separations are still possible for couples that are unable to agree on all the terms necessary to make a Separation Agreement. There is a provision under the New York Domestic Relations law for a Separation proceeding. In other words, people can sue for a legal separation if a separation agreement can not be made. Grounds are required, however, to sue for a legal separation. The grounds for a separation action are fault based and are: cruel and inhuman treatment; abandonment; the neglect or refusal of one spouse to support the other where the spouse is chargeable, under the law, with support; and adultery.

Free consultations are available. Mediating couples are invited to schedule a half hour no fee consultation together with their spouse. Individuals that want an attorney can call for or schedule their free consultation. Let us know that works best for you. It would be our pleasure to speak with you about it.

Contact Us Now
Practice Areas
Videos
Collaborative Law
Watch more videos
Long Island Family Law and Mediation Blog - Separation
Client Reviews
★★★★★
"Darren Shapiro did an outstanding job with case he was hired for. His price was reasonable and his actions were effective in this case. I would hire this Lawyer again and highly recommend his services." Anonymous
★★★★★
“Darren was excellent in court and able to negotiate a fair settlement in my Child support case.” Anonymous
★★★★★
“Hands down, he is the best att'y I have ever dealt with. He is thorough, objective, and above all, extremely dedicated.” Anonymous
View More
Submit a Law Firm Client Review