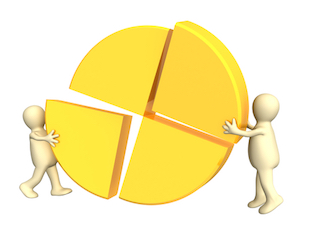 When a couple gets married, the partnership theory of marriage dictates that they legally engage in an agreement that they will share more than simply their feelings. Spouses share property with each other through the bind of matrimony, however it can be difficult to determine which property is consider shared, and which is separate upon dissolution of the marriage. As a professional lawyer with significant experience in dealing with divorce and marital issues throughout the New York City area and Long Island, Darren M. Shapiro Esq. deals regularly with the concept of what might be defined as separate or marital property.

The stipulations that exist within the settlement of a divorce case or separation proceeding can also be used to resolve which assets should be categorized as personal separate property, and which need to be considered as marital. These stipulations of settlement are regarded as a form of post-nuptial agreement, and need to be written professionally, and subscribed, acknowledged and "proven" in the manner required to record a document or deed. An acknowledgement is a simple paragraph, which has been signed before the presence of a notary, affirming that the agreement was not only signed by that person but also read, understood, and agreed upon voluntarily, freely, and knowingly.

Besides being used to simply define which property should be classed as separate and marital, New York Domestic Relations Law provides that the agreement can require the inclusion of a provision in a will, or a provision to waive the right to elect against a will. The same section, 236(B)(3), outlines that the agreement may define the amount and duration of any alimony or maintenance that must be paid so long as it follows in line with the General Obligations Law of New York, and the agreement is considered to be reasonable and fair when it was made. Finally, the section notes that child support, custody, care and education of a child can also be outlined, subject to section 240 of the Domestic Relations Law.

Understanding What Counts as Marital Property

When it comes to working out what any spouse is entitled to, the first thing to consider is what can be defined as "marital property". Some of the items or assets that are included under this heading are:

Divorces in New York are supposed to ensure that marital property is equitably distributed between partners. Equitable distribution, in simple terms, means finding out what is "fair", and does not necessarily suggest that items and assets will be split evenly between both partners. What can be seen as equitable will be determined through a hearing, by a judge, if an agreement cannot be made amicably by the two partners involved.

In a divorce, anything that is determined as "separate" property will not be divided. However, sometimes, things that were originally seen as separate items can lose their character if they become mingled or combined in some way with marital property. For example, if a spouse chooses to add some of their separate funds into a joint bank account between both partners for more than a brief moment, that money may be classed as marital property.

One point of argument in some divorce cases can be whether a spouse is entitled to credit for separate property, for example when separate funds are used to help towards the purchase of a significant marital property item, such as a house, car or other investment. Also, whether someone deserves some credit for the marital funds that were used to maintain their spouse's separate property can also be considered. Contributions that a partner made to increase the value of a spouse’s separate property can be distributed and can sometimes be a relatively contentious matter to resolve.

The valuations of property or assets that will be distributed and divided during a divorce, if not otherwise agreed upon, can be performed by experts that have been appointed by the court, such as accountants, appraisers and financial specialists. How that property will then be distributed equitably is where the art of advocacy becomes necessary. Typically, an experienced attorney in matrimonial law is the best professional equipped to advise someone as to steps that can be taken regarding equitable distribution issues for separate and marital property.

Because the concept of understanding marital and separate property when approaching a divorce can be a difficult thing to manage, in a time that is already difficult for most people, professionals like Darren M. Shapiro, Esq. can be relied upon to deliver guidance and reduce the stresses of a complicated experience. As always, call about your free consultation. It will be our pleasure to speak with you.