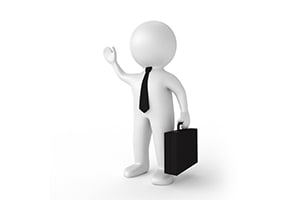 If you're a resident of Sayville, or you're located anywhere else in Suffolk County, or New York, it's important to understand the complexities that can be associated with family law in this state. The regulations and legislation surrounding family law can be complicated for any family, and they directly impact the decisions that are made by the court in your circumstances. For those in Sayville and other areas of New York, it can be important to educate yourself on the nuances of child custody law, and find the help of a professional who can assist you in navigating the path towards the best interests of yourself, and your children.

Mr. Darren M. Shapiro is a Sayville child custody lawyer, and experienced New York family lawyer with almost two decades of experience working amongst the local courts. His extensive skills, and in-depth understanding of the types of custody facilitated by the New York court allows him to offer exceptional legal guidance to those in need. Whether you're hoping to better understand the paths that lay ahead of you for child custody arrangements, or you'd like to discuss your needs in terms of collaborative law and mediation, Mr. Darren Shapiro can help.

Mr. Darren M. Shapiro doesn't work exclusively with issues of child custody, parenting rights, and visitation in Suffolk County. Rather, his practice focuses on all areas of family law, and how it relates to everything from divorce and equitable distribution, to the complexities of sole and joint custody.

Wikipedia.com defines Sayville as a census-designated place and town within Suffolk County, found towards the Southern shore of Long Island. Of the approximately 16,735 people living within the town during the census of 2000, around 40.3% had children under the age of eighteen. When children under the age of eighteen are involved in a marital dispute or divorce, it's important for everyone involved to consider the best interests of those children, in reference to physical custody, and legal custody.

Mr. Darren Shapiro can offer guidance as to the complexities of physical and legal custody from his conveniently-located office in Jericho, Nassau County. For instance, his training as a mediator can help him to act as an impartial party, when the couple selects mediation as their process, within the mediation where parents discuss the needs of their children in terms of visitation and parenting rights. Alternatively, in cases where Mr. Shapiro is working as a lawyer for a party, and litigation is essential, Mr. Shapiro will be able to fight fiercely on the behalf of children and their parents, to pursue the outcome that's most beneficial to the child's future.

Sayville, Suffolk County, and the Matter of Best Interests

For residents of Sayville, seeking a Suffolk County child custody lawyer, it's important to remember that the ultimate standard all courts take into account when making decisions regarding children, involves the matter of "best interests". In simple terms, the courts of New York will always work their hardest to ensure that the needs of the child, emotionally, physically, and financially, are accounted for in maintenance, custody, and visitation agreements.

The "best interests standard", is something that Mr. Shapiro has grown deeply familiar with during his time working within the courts of Suffolk and Nassau County Long Island. Since he was admitted to the New York bar in 1999, Mr. Shapiro has been honing his skills within the New York Courts, and from the inception of his own firm in 2005 has been examining the factors that are key to child custody and family court cases. As such, he fully understands all the matters that are addressed by the courts when making decisions regarding a child. For instance, those factors might include the ability of each parent to care for a child, the schedules the parents work to, and histories of physical and mental wellbeing. Additionally, in some cases, the wishes of a child may be considered if the child is old enough, and in sound enough mind to express their desires.

Mr. Darren M. Shapiro can help clients to come to custody agreements using a range of different techniques and methods. For instance, mediation may be used to address the concerns and benefits associated with joint, or sole custody. The important thing to remember is that there's a lot more to a custody agreement than deciding where a child is going to live. Often, the concerns that are addressed during child custody and visitation arguments range all the way from what kind of schedule should be used for visitation times, to who should make a decision regarding the religious, health, and educational future of the child.

The decisions that are made during a child custody order by the clients working with Mr. Shapiro need to be addressed with serious caution. After all, these issues can only be modified when changes in circumstances develop that influence the best interests of the children involved. Though Mr. Shapiro has the skills to help Sayville parents with modifications and appeals to child custody agreements, it's often easiest to ensure that the right agreement is outlined during the initial custody case or divorce procedure.

Fortunately, no matter where you are in your child custody matter or need a child custody lawyer in Sayville, Mr. Shapiro is a Suffolk county lawyer who can help you pursue the outcomes that matter most to you. From ensuring that visitation and custody outlines are respected, to entering the right agreements with the courts, Mr. Shapiro has the skill and experience to benefit families across New York and Long Island.

When it comes to matters of child custody, or any other legal issue that might impact the dynamics of a family, it's crucial to have the right help by your side. Mr. Darren M. Shapiro began his practice of law in New York during 1999. Since then, he's developed his own practice as a Suffolk County and Long Island child custody lawyer, with an office conveniently situated on the Jericho turnpike.

Whether you're concerned about child custody matters, need to discuss the complexities of visitation, or you simply need to speak about other matters of family law, like divorce, Mr. Darren M. Shapiro can help. You can contact him online today through his online contact form, or call the office directly on (516) 333-6555 to schedule your free half-hour consultation.