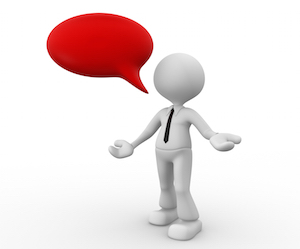 Located towards the Northern Shore of Long Island, the village of Roslyn in Nassau County, New York reported a population of approximately 2,770 people in 2010. A relatively small, and close-knit community, Roslyn of Nassau County was once known as "Hempstead Harbor". However, as confusion begun to arise as a result of all the other "Hempstead" locations that are currently scattered throughout Long Island, the name of the village was changed to Roslyn instead. The village is located at the eastern edge of the well-known Town of North Hempstead, and located conveniently close to the legal office of Mr. Darren. M. Shapiro in Nassau County - which can be found close between the Nassau County Supreme and Family courts, in Jericho, New York.

As an attorney who has spent a great deal of his legal expertise helping the residents of Nassau County, Mr. Shapiro understands the significant emotional turmoil that can come with addressing matters such as divorce, child custody, child support and maintenance within the courts. Unfortunately, though we often try to do everything possible to make a relationship work and avoid the use of the legal system - regardless of what you do and where you live, it's entirely possible for disputes to arise that you cannot deal with alone. Nowhere is immune to child custody disagreements, divorce, or other significant legal issues. Fortunately, Mr. Shapiro's Nassau County location provides personal and customized assistance to people in need - meaning that Roslyn, Nassau County and other New Yorkers can access local, high-quality care at relatively reasonable prices.

According to Wikipedia.com, during the year 2000, the United States census recorded 2,570 people living within the village of Roslyn. Within that number, there were approximately 603 families living in 1,060 households, with a population density of around 4,082 per square mile. Of all the households within Roslyn, 25.8% had children beneath the age of 18 living with them, 7.1% consisted of a female householder without a husband, and 47.3% were married couples. The additional research we have conducted into the area of Roslyn discovered that since the year 2000, city-data.com has reported the percentage of now-married individuals to be 46.1%, whereas the percentage of divorced individuals is a significant 9.0%. Alternatively, the information retrieved from the 2015 census for realtor.com found that, in Roslyn, the percentage of married people is approximately 3% higher than the average for the whole of Nassau County.

Regardless of whether you in Roslyn, or where you live, divorce and separation are things that can occur within any relationship. Mr. Shapiro's training as a collaborative attorney, certified mediator, and highly experienced practitioner of family law has allowed him to hone his skills extensively since admission to practice in 1999. Although Mr. Shapiro has been lucky enough to test his talents on a variety of different cases - all including their own specific circumstances - throughout both Long Island, and the greater area of New York City - it's safe to say that the majority of his cases today do come from Nassau County - within the Supreme and Family Courts. Of course, the time that he has spent within both of these locations has allowed him to deepen his knowledge of the particular nuances of each, allowing him the ability to navigate his clients through difficult cases with keen insight.

Since he was originally admitted to begin practicing law in 1999, Mr. Shapiro has spent some of his legal career working as an associate within different legal offices of Nassau County, and New York City – building on his experience until he was able to open his own office, located on Jericho turnpike. Between 2004 and 2005, Darren Shapiro began to focus his practice on the area of family law - helping clients to manage matrimonial and family disputes. While many cases involve divorce, Mr. Shapiro has also generated a deeper understanding of the various nuances of complex and often highly-detailed family law cases of unmarried persons, making it so that he can assist clients from just about any background.

Importantly, Mr. Shapiro's time as an attorney of family law has allowed him to develop a comprehensive understanding of the emotional turmoil and disturbance involved with cases of family law and divorce - regardless of the particular situation. Issues regarding children, in terms of visitation and custody, matters of equitable distribution, or even the idea of child and spousal support can be enough to cause problems between families and develop significant arguments as both parties attempt to pursue the outcome in their best interests. This is true for our Rosyln and any clients. Regardless of what aspect of law you might need help navigating, it's important to know that the nature of family law makes it a tying thing to deal with. Knowing that your lawyer has the professional mannerisms and experience to respectfully guide you over each hurdle can be highly useful for putting a mind at rest. Mr. Darren Shapiro makes it his goal to offer valuable information to his clients through each part of their legal experience, assisting them to understand the avenues available to them and the options that they can pursue.

Regardless of whether you consider mediation to be the best option for yourself and your partner, or determine that the only way forward is through litigation, it's important to feel confident in the support and advice of your family lawyer. While these cases are never easy, they can be far less frustrating if you have the right guidance on hand to help you get through them.

If you are located within the village of Roslyn, or live in an area that is local to Nassau County, and need some form of legal assistance, please feel free to contact Mr. Shapiro's office at your earliest convenience, either via our contact form or by phone call at: (516) 333-6555. We look forward to offering you the legal advice and services you need. What's more, if you would simply like to learn more about legal proceedings, the issues involved in family law, or divorce processes, please read our blog.