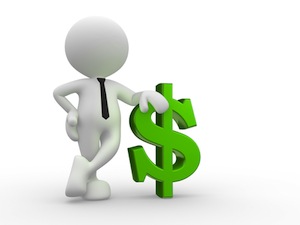 Rockville Centre may be known as an incorporated village, located towards the south-western section of the Nassau County town of Hempstead, but it is best described as a "center" than anything else. Conveniently located in Nassau County, Rockville Centre combines elements of a city, town, and village to create a self-contained location where families and couples can find stunning homes and modern apartments galore. Rockville Centre became an incorporated village officially in 1893, however many experts suggest that it's filled with unique personality that helps to set it apart from other areas affluent in Nassau County.

However, although the soul of the area may seem different, it's important to recognize that it's still susceptible to the same human issues that plague many of us throughout our lives. Indeed, no matter where you live, or where you roam, each one of us is vulnerable to family disputes, relationship difficulties, and the complications of family legal matters. Whether you need to approach the court for something positive, like adopting a child, or attempting mediation to amicably end a relationship that's run its course - or you need assistance with something more troubling, it's useful to know that there's a local professional on hand to help. Mr. Darren M. Shapiro's office can be found on Jericho turnpike, nearby the supreme and family Nassau county courts. From this welcoming and professional location, Mr. Shapiro offers tailored guidance and help to people who require legal assistance, at comparatively reasonable rates.

According to information posted about the 2010 census of Rockville Centre on Wikipedia.com, during that time, there were 24,111 people living in the area. Of that number, there were 9,201 households, and a total of 6,468 families. Within the households available, 32% looked after children younger than 18, while 56.1% were married couples that lived together. Only 9.8% of residents were females living alone. The research that we have conducted into Rockville Centre found that city-data.com reports the married percentage to be somewhere of the region of 53.1% today, while the divorce percentage is 6.8%. However, data taken from the 2015 census posted by realtor.com suggests that the amount of married couples located in Rockville Centre is currently 4% higher than the ratio associated with Nassau County.

Although reading up on the statistics can help you to know that you're not alone when dealing with a matter of family law, the true value comes in assistance that can help you to navigate the complications of dealing with the court, and choosing solutions that are most beneficial to you. Since his official admittance to practice law in 1999, Darren Shapiro has worked resiliently to improve and enhance his skills throughout a number of varied cases - all with their own nuances in need of serious consideration. He has worked throughout courts all across Long Island and New York, with the majority of his cases today stemming primarily from Nassau County itself. The benefit of this is that the large volume of work Mr. Shapiro deals with in Nassau County has allowed him to learn the details of the courts inside out. In other words, he can offer his Rockville Centre and other clients the benefits that come with a deep understanding of the court rooms and legal practices adopted in Nassau County.

At the beginning of his time as a lawyer, Mr. Shapiro worked as an associate within a few different legal offices of Nassau County, Long Island and New York City, learning everything he could. Gradually, he worked his way up to a position wherein it became possible to open his very own office, located right in the most convenient part of Nassau County. Between 2004 and 2005, he started to center his legal expertise on family and matrimonial law, and Mr. Shapiro has worked tirelessly since then to ensure he always represents his clients to the best of his ability - regardless of what the case might entail. Though his cases frequently involve divorce, Mr. Shapiro is capable of assisting clients with various different matters, from custody and separation, to child support, orders of protection and name changes among others.

It doesn't take over a decade of experience within the legal sphere to understand that family law is a difficult and often emotional concept. However, Mr. Shapiro does realize the complications that can be associated with matters of custody, divorce, and other uncomfortable legal matters. Issues regarding visitation and custody can quickly cause problems between family members - particularly as each individual often has a different idea of what is best for the people involved. Regardless of the part of law that you may need help with, it's worth knowing that you have someone by your side that has seen it all before, and knows how to direct you down the best paths for your best interests. Mr. Shapiro offers sympathetic and effective advice to his clients, helping them to understand not only the details to be addressed in their particular cases, but the different avenues and options that might be available to them in taking their case further. For example, certain partners seeking divorce on amicable terms may be tempted to try the course of mediation, as this can help to resolve issues without the strain and problems frequently associated with litigation. However, in some cases, mediation will not be possible, and litigation will be the only solution for obtaining the justice, or outcome that a client is hoping to achieve. Whatever is right for you, Mr. Shapiro will be there to help.

Cases that involve family and relationships will never be simple, but if you have the right legal support by your side, you may find that the process is much less frustrating and difficult to deal with. Whether you're located in Rockville Centre, or live locally to the area of Nassau County, Suffolk County, Long Island, New York City or the surrounding areas, please reach out to Mr. Darren Shapiro for more information about his legal services. You can get in touch either by our contact forms, or call at your earliest convenience through the number: (516) 333-6555. If you simply want to learn more about the details of family law or legal cases, please visit our blog. It will be our pleasure to speak with you.