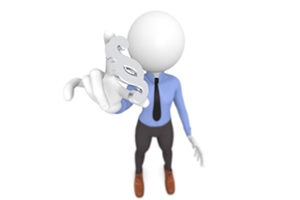 Though the emotional complexities of filing for divorce in New York can be highly complicated in themselves, most couples find that the frustrations don't stop there when it comes to dissolving a legally recognized relationship. As a collaborative attorney, fierce litigator, trained and experienced mediator, Mr. Darren Shapiro works to make the process of divorce, as well as managing other family law matters, as simple as possible for his clients. However, this often means paying close attention to the rules and guidelines laid out by the New York courts, and legal requirements. For instance, in order to obtain a divorce within the State of New York, a couple will need to meet with existing residency requirements. These residency requirements, as Mr. Shapiro reminds his clients, exist so that the person filing for a divorce will not have the freedom to simply choose the state with the laws that they like best, then proceed with a divorce according to their best interests without a fair opportunity for the other party.

The existence of residency requirements for divorce means that a person who moves to New York without their spouse will not be able to immediately sue for divorce on the basis that a marriage has broken down in a manner deemed "irretrievable". Instead, these individuals will be required to wait for at least two years, according to trial court information in New York. Further, the residency requirements of New York suggest that in order to file for divorce, at least one of the following circumstances must be in place:

Mr. Darren Shapiro often draws attention to relevant cases in the explanation of a specific piece of legislature or law. For instance, in the case of residency requirements, he finds that the case of Stancil v Stancil proves to be useful. In this case, a Supreme Court, which is a trial level court, was asked to consider whether New York's no-fault statute of divorce created a course that would allow for the reduction of a divorcing spouse's residency requirement from two years, to a single year. In New York, the law demands that a spouse seeking divorce must either live in the state continuously for two years, or for one year when other specific conditions are present. One condition for reducing the period to one year, as mentioned above, is when the cause for the divorce took place within New York.

In this particular case, the husband (living in Virginia), objected to the idea of conducting the divorce in New York, because the wife had only lived there for fourteen months before filing. However, the wife argued that the divorce should be allowed to proceed in New York in this instance, because the basis for that divorce was the irretrievable breakdown of the marriage, caused by an occurrence within New York. The couple had been married in Virginia before the husband's Navy deployment for six months, after which time the couple had a child and moved to another state for two years. When the husband was deployed overseas, the child and wife relocated to South Carolina, and upon the husband's return, the wife asked to move to Virginia, however the husband did not want to relocate because he wanted her to work on her education, and him to work on his career.

The wife argued that in this particular case, the cause of the divorce came from the six-month breakdown of a marriage that occurred in New York, and she also noted that she had been living within New York for a year prior to raising the case for divorce. This process forced the court to consider whether an "irretrievable breakdown" in a marriage can be classed as a cause for the purpose of the requirement regarding residency. For the case in question, the court explained that an "irretrievable breakdown" in a marriage could not be regarded as a specific act, but instead seen as an opinion of facts that depends on the "eye of the beholder". What's more, the court noted further that the wife had moved to New York as part of a limited-duration graduate program, and the husband was not connected to New York in anyway. Because the plaintiff had not lived in New York for two years, and did not meet with requirements that were necessary to reduce the residency requirement time, the court found that it was not appropriate to allow her to go forward with the divorce in New York, and the action was dismissed. Since the aforementioned case was in a trial level court, it is possible that an Appellate Court could view the residency issue differently in the “No-Fault” divorce scenario.

Obviously, there are a lot of complexities involved in the process of divorce, regardless of where it takes place. However, Mr. Shapiro is here to help residents, and non-residents of New York who are dealing with legal matters in New York. If you would like to discuss the residency requirements for New York divorce, or obtain advice on any other aspect of family law, please contact the Law and Mediation office of Mr. Darren M. Shapiro via our online form, or through phone call at (516) 333-6555. It would be our pleasure to speak with you.