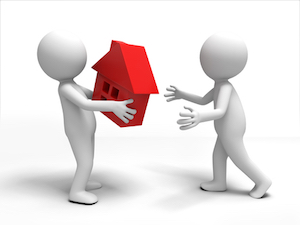 Darren M. Shapiro, Esq. is a highly experienced lawyer - particularly within the realms of family and matrimonial law. As such, he believes that it is his duty to guide his clients as well as possible through the various issues and complications that may occur during the relatively common application for a divorce. Though countless people have filed for a divorce using Mr. Shapiro's services, he often finds that they forget to address some of the most crucial factors in preparing to take their case to court. For instance, they aren't aware that filing for a divorce requires a consideration of which state their application should be filed in. There are important rules to follow for each aspect of a divorce case, from determining where you should first begin your divorce case, to figuring out other matters such as custody, support, and equitable distribution. Before anyone can go ahead with the process of a divorce - through litigation, mediation, or collaborative law, Mr. Shapiro advises his clients to ensure they meet the residency requirements set out for a case to occur in New York.

Whether representing his clients in the traditional litigation capacity, or through mediation or collaboration, Mr. Darren Shapiro strives to find effective and practical resolutions to help his clients to transition towards the next stage in their lives. As such, he believes it is important to deal with residence requirement issues at the outset, to ensure that cases are not simply dismissed by the court. In order to be deemed eligible to file for divorce in New York, one of the following requirements (as outlined in New York Domestic Relations law) must be met:

At this time, it is worth acknowledging that the law does not require for either spouse to remain located at the same address in order to fulfill residency requirements. Each spouse is able to move to any new location as long as the initial residency requirements were met. Typically, divorce documents will not ask you to list every past address you have lived at - however, you should be able to prove that you were living in New York if residency requirements are questioned at court.

For those questioning section 3, and the "reason for divorce", Mr. Shapiro recommends pursuing a deeper understanding of the circumstances that apply as "grounds for divorce" in the state of New York. Typically, grounds for divorce may include: constructive (refusal without justification to engage in sexual relations), or physical abandonment for a minimum of one year; cruel and/or inhuman treatment; the no fault law that suggests the marriage was irretrievably broken for a minimum of 6 months; living apart for a year pursuant to legal separation, or adultery.

According to the courts of New York, the terms "residence" and "domicile" are generally regarded to be synonymous terms when assessing divorce residency requirements. A domicile is a place that one person considers to be their home, and it is considered synonymous with "residence" to ensure that requirements are not met simply by mere physical presence within a state. When determining residency, the New York court considers some of the following aspects: the alleged domicile, time spent in that location, declarations regarding the permanency of the residence, where the children's schools are located, leasing, buying, or negotiating a home build, religious locations and club memberships, personal tax payments, voting area, location of bank account, and location of registered licenses.

Crucially, Mr. Shapiro reminds his clients that the decision to move temporarily by one spouse to a new location - for reasons such as career requirements - will not be regarded as a reasonable interruption that negates residency requirements in New York, so long as the move was made without the intention to abandon a home. As long as a single spouse is able to meet the requirements for residency, Mr. Shapiro's clients may apply for a divorce within a New York Supreme Court. Of course, the complications do not stop there, and Mr. Shapiro strives to offer professional guidance and assistance to his clients throughout each aspect of the divorce procedure, to help them pursue results in their best interests.

To discover more about family law and divorce, please feel free to reach out to us. Couple should also feel free to call about their free half an hour consultation at their earliest convenience, should they like to access the services Mr. Darren Shapiro offers. Tell us what we can do to help you - it would be our pleasure to speak with you about it.