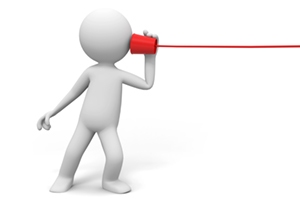 Mr. Darren M. Shapiro frequently finds that his clients consider the potential to record phone calls shared between a divorcing spouse and his/her mistress, or a partner and their child to be a good idea. Many individuals assume that recording such conversations could provide useful evidence that they might present in front of the court at a later stage. However, as Mr. Shapiro informs his clients, the concept of recording such phone calls is not quite as simple as it might appear. Indeed, if the evidence obtained through those phone calls was retrieved illegally, it cannot be used as evidence within the courtroom. Indeed, while recordings of conversations with an ex-partner can be useful in some New York custody or divorce cases, they can also become a serious problem when obtained illegally - and may even lead to criminal consequences or civil liability.

According to Civil Practice Law and Rules section 4506, Mr. Shapiro finds that it is crucial to remind his clients that all evidence obtained through what is regarded as "criminal eavesdropping" will be classed as inadmissible. Under section 250.05 of Penal Law, an individual will be regarded as guilty of eavesdropping if they choose to engage unlawfully in the process of wiretapping someone's phone, or deliberately and mechanically listening to another person's conversation. In fact, within the State of New York, it is classed as illegal to record or wiretap without at least the consent of one person within the call. Because of this, it is possible for someone to record the conversations they hold with their spouse or the other parent in a case - because the person recording consented to the process. However, as Mr. Shapiro points out, it is not legal to record a spouse's conversation with other people unless consent has been obtained from one of the participants in that phone call. Likewise the same rule applies to conversations without the use of the phone. Leaving a recording device in a room that someone is not in, to record other people’s conversations, is not permissible without one of the members of that conversation consenting to the recording.

Crucially, there is an exception to the rule of eavesdropping held by the New York court. According to the highest court in the State, a parent should be allowed to eavesdrop on a young child if they reasonably believe that doing so is in the best interests of the child to protect them from harm. This is a fine line, however. One particular case that Mr. Shapiro draws attention to regarding this scenario, is the People v. Badalamenti. During this case, the court considered the admissibility of a recording of a cellphone conversation in which a man threatened to beat his live-in partner's son. Though the case was a criminal one, the court reasoning and rulings have significant implications for cases of child custody. In this instance, it was the boy's father who recorded the conversation. During 2008, the defendant lived with his girlfriend and her young, 5-year-old son. The owners of the house lived on an alternative floor, though the landlady could hear the abuse through the ceiling. The landlady informed the defendant that threatening to beat children was not acceptable, but the defendant argued that he could do it anyway.

In the case outlined above, the boy's father had rights of visitation, and noticed that when it was time for his child to return to the mother, he would cry and refuse to get ready. After a conversation with his son, the father told the mother that he was not willing to return the child to her, and the mother contacted the police who required the father to release the child to the mother. At one point, the father called the mother with his cell phone, in contact that went directly to voicemail. Though a call went through eventually, nobody said anything to the father, and because the line was open, the father was able to hear what was happening. In this instance, the mother and the defendant were screaming at the crying child, while the defendant made threats. The father recorded the happening with a memo function on his phone, but did not contact the police.

At a later time, the landlady in the above case heard further signs of abuse, as well as the child asking the defendant to stop hurting him. In response, the landlady called the police, who arrested both the child's mother and the defendant after finding that the child had been badly beaten with a belt. The child then went to live with his father, who told the police about the recording on his cellphone. The defendant was charged with assault, and other things, however he objected to the use of the father's audiotape in the criminal proceedings launched against him, because it violated Penal Law section 250.05.

As Mr. Darren Shapiro explains to his clients, in the case of the above circumstances, the court explained that a definition of "consent" in the context of a mechanical overhearing of a conversation under Penal Law section 250.00 could include vicarious consent on the behalf of a child. In order to determine whether the doctrine of vicarious consent should be permitted, the court was required to consider whether the guardian or parent had a good belief that the recording was necessary to serve the best interests of the child, and whether there was an objectively reasonable basis for such a belief. Understandably, in the case outlined, the court explained that the father did have an objectively reasonable basis to believe that the recording was necessary in protecting his son's welfare. What's more, the court reasoned the father did not ask for consent from any party to conduct the recording, but gave consent to the recording on the behalf of his child.

As with the case above, courts often note that it is worth considering a number of factors when determining the value of parental eavesdropping - including the age and maturity of the child. However, above all else, it is important to remember that in cases of family law, it is usually the court's focus to protect the best interests of the child. Those considering a divorce or custody battle for the benefit of their child in New York should contact the Mediation and Law office of Mr. Darren M. Shapiro. It is possible to get in touch either via our online form, or phone call at: (516) 333-6555.