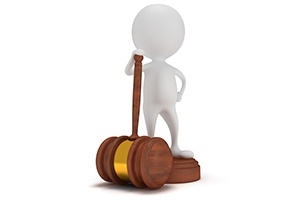 As an experienced Long Island Child Custody Lawyer, litigator, and mediator, Mr. Darren M. Shapiro frequently finds himself dealing with cases that include unmarried parents, divorce, and the complications associated with caring for children following a divorce. There is often more at stake when children are involved, as they force mothers and fathers to think not only about the measures that must be taken to protect their own best interests, but the things that they must do to look after their children's interests too.

The New York court uses the standard of "best interests" for the children, in order to make decisions regarding child custody, parenting time and visitation. Though, in an ideal scenario, fathers and mothers seeking divorce would be able to make agreements about custody, child support, and parenting time or visitation using the amicable process of mediation or collaborative law - this is not always possible, and Mr. Shapiro has seen various cases that need the input of a Supreme Court or Family Court judge. When a judge becomes involved in a child custody or visitation case, they will be required to consider various factors, all designed to outline the best interests of the child. One of these factors is known as the "primary caretaker" standard, and it requires the judge to determine, primarily, who cared for the child most, in a variety of different circumstances, during the time before the divorce.

Importantly, primary caretaker titles do exist beyond the circumstances of child custody and visitation laws. It is possible for an individual to declare him or herself to be the primary caretaker for an elderly individual, for example, if the elderly person in question is otherwise unable to physically, financial, or emotionally support themselves without the care of the person in question.

Though the concept of the primary caretaker in custody and child visitation cases is important, it is complicated. There are numerous things indicators that may point to who was the primary caretaker for the child in question. In court, the burden of proof will typically come down to each parent who is fighting for custody of the child to show that their wishes are in the child’s best interests. This individual may want to demonstrate how the duties of their parenthood have been divided over time between their partner and themselves, during the course of the child's life. As Mr. Shapiro explains to his clients, they may want to illustrate how they were able to contribute to the development of the child, looking after him or her on a parental level with tasks such as:

In all cases, the consideration of who can be defined as a primary caretaker for any child is only one factor to be considered in an effort to figure out who can provide best for the child when given primary custody. Of course, it's worth noting that it's not always simple to answer the question of "Who is the primary caretaker?" In many circumstances, there are families wherein both parents have been equally involved in the process of looking after a child during the course of his or her life. In these circumstances - and even in cases where the primary caretaker is clear, the court of New York will be required to take other factors into consideration that contribute to the best interests of the child, including things such as, the child's individual preferences if they are of an appropriate age, the health of the parents, which parent can provide emotional and financial stability, and any history of abuse towards the children by either parent. Other considerations might also include which parent will continue to provide further opportunities for interaction with the other parent for the child.

The various considerations that are involved with defining the best interests for a child in a custody or visitation case can be very complicated and difficult to understand without the correct guidance and help. To learn more about custody matters and the best interests of children in various family law or divorce cases, please feel free to reach out to Mr. Darren M. Shapiro for help and advice. You can either get in touch over the phone at (516) 333-6555, or choose to complete our handy online form. We offer free initial consultations, up to a half hour.