Prenuptial Agreements: What Do They Cover in New York? 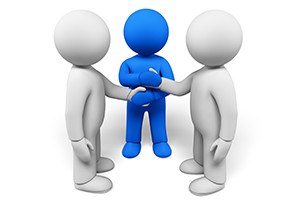 Marriage is a wonderful thing for couples who want to spend the rest of their lives together. However, much more than just an emotional celebration, a marriage is also a legal contract, which means that it can be complicated to navigate if you ever decide that you want to get out of it.

When a couple chooses to get married in New York, they're doing a number of things, including agreeing to be a part of an "economic partnership." The phrase "what's mine is yours" really comes into play when you enter into a marriage. For the most part, this means that if you ever decide to get divorced, you've agreed that you're willing to abide by the default rules of things like equitable separation regarding your assets. However, though the default rules do work for some people, matrimonial and family lawyers like attorney Darren Shapiro have discovered that many couples have unique challenges and concerns to address that can affect the way that their assets are divided.

If you have specific concerns about distribution in a potential future divorce, then one of the best things you can do is speak to a lawyer like Attorney Shapiro about drafting and negotiating a "prenuptial agreement." Though it can be challenging to think about something like divorce before you've even gotten married, a prenuptial agreement forces a couple to carefully consider the issues that may need to be addressed if they ever get separated.

What is a Prenuptial Agreement?

A prenuptial agreement is not a mandatory part of getting married in New York. If you'd prefer to keep your marriage contract-free, then you can go ahead with your wedding without contacting a divorce mediator or divorce lawyer. However, if you want to make sure that your assets are safe if anything should happen to your relationship, then a divorce mediator and divorce attorney like Darren Shapiro can help. With a prenuptial agreement, Attorney Shapiro can provide the parties in a marriage with a contract that clarifies exactly what each party wants to happen if the marriage ends in divorce or death. Prenuptial agreements allow parties to side-step some of the default rules of New York divorce, and make their own decisions about their future.

Don't Underestimate the Importance of a Prenuptial Agreement

Ultimately, the most important thing that Attorney Shapiro reminds his clients when it comes to divorce and prenuptial agreements is that clarity is crucial. Drafting a prenuptial agreement is an important process and something that all spouses should take seriously. Although spouses will have the option to retain their own attorney when drafting an agreement, many couples will be able to enlist the services of a divorce mediator too. A divorce mediator has plenty of real-world experience when it comes to handling New York divorce cases, and they also know what issues will commonly lead to failed marriages, and which pitfalls each couple can try to avoid as they move forward together.

As a trained divorce mediator and family lawyer, Attorney Shapiro can sometimes help couples to get in front of the more difficult concerns that some couples face. With the help of a mediator, it's possible to collaborate on creating a prenuptial agreement that both parties feel comfortable with. This is often a far better option than relying on two separate attorneys, who only have the best interests of one party at heart at any given time.

If you're currently engaged to be married, and you think that it might be a good idea to draft a prenuptial agreement with the help of a mediator or family lawyer like Attorney Shapiro, contact Darren M. Shapiro's office today. This professional in family law has years of experience delivering exceptional experiences to couples around the New York and Long Island area. Mediating couples should schedule their consultation together on (516) 333-6555.