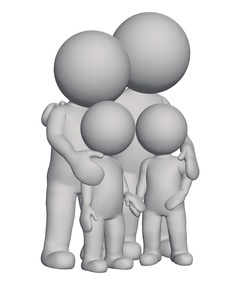 In New York, and indeed across the United States, many happy couples decide to use prenuptial agreements as part of the process for protecting their future finances and other important status quos that have been established during the marriage. In fact, rather than acting as a precursor to divorce, a prenuptial agreement can help to spell out the responsibilities and rights expected during the marriage and thus lead to fewer arguments regarding finances and other issues. What's more, a prenuptial agreement does make the process of divorce somewhat easier to handle, as terms have already been put in place. As an experienced attorney within Long Island and New York, Mr. Darren M. Shapiro Esq. has worked alongside numerous clients in divorce proceedings. Regardless of what the extenuating circumstances associated with the divorce might be, Mr. Shapiro works to represent his clients to the best of his ability, striving for effective and practical resolutions that assist in simplifying some of the more complex issues of a divorce.

According to the rules set forth by New York Domestic Relations Law 236(B)(3), both postnuptial and prenuptial agreements determined within New York are regarded as enforceable and valid so long as they have been put in writing, the parties have executed them, and they have been subscribed in the format required in order for a deed to be recorded. The difference that exists between postnuptial and prenuptial agreements is that prenuptial agreements are put in place before the marriage takes place, whereas postnuptial agreements are entered into following the marriage. The agreements can include a number of important details, including information about financial expectations, as well as provisions for the maintenance, care, custody, and even educational standards for the children of the parties. The details of Domestic Relations law 240 put forth that the New York Court will have the ability to put forth support and custody orders according to the demands of justice, based on the circumstances of the case, the best interests of the child, and the parties involved.

One crucial factor that Mr. Shapiro reminds his clients of during many cases, is that postnuptial and prenuptial agreements are not enough to conclusively establish the rules that will be in place for child support or child custody. While postnuptial agreements that have been created following the birth of a child may be influential in the court's decisions while addressing child support, education, and care, it will be up to the judges to make their final decision according to the best interests of the child. Because of this, the terms laid out within an agreement will only be enforced if the terms underlined are capable of serving the best interests and needs of that child during the time in which the divorce takes place. However, as Mr. Shapiro frequently notes - a separation agreement that has been signed in proper form may be able to deal with child support and child custody matters. During his time as an attorney, collaborative lawyer, mediator, Mr. Darren Shapiro has worked alongside clients with postnuptial agreements and separation agreements. The establishing difference between the two is that when a separation agreement is made, the partners either must intend to live apart, or already be living apart. However, parenting time, custody, and the terms for child support will be properly included and should be a part of any stipulation of settlement of a divorce.

One particular case, which took place during 2009 in the New York Supreme Court, pushed the court to explain that when a challenge is made against a postnuptial agreement, the entire agreement must be viewed under the current circumstances. In this case (Einhorn vs Einhorn) it was underlined that the court cannot simply rework an agreement under the explanation that it is attempting to interpret the contract. Specifically, new conditions cannot be written into a contract through the removal or addition of terms, and the contract cannot be interpreted in such a way that the evident or intended meaning of that contract is somehow changed or distorted. In New York, the Child Support Standards Act, otherwise referred to as the CSSA, is used to establish and put in place basic obligations for child support. Under the details of Domestic Relations Law 240, an agreement that includes provisions for support that deviate away from the basic obligations of child support must also specify how much the CSSA would have determined the obligation to be, and explain in depth why the parties have chosen to ignore or alter those guidelines. In the case of Einhorn, the defendant made the argument that the provisions for child support laid out in the agreement did not specify the income of the parents, as well as how much obligation the CSSA would require, and why the parties involved had chosen to deviate. As a result, the court was forced to set the child support provisions aside, although this didn't mean that the entire agreement was vacated.

In the circumstances, the Einhorn parties both agreed that they would consult with each other regarding decisions on education and health. However, at the same time they agreed that the school principal would be permitted to make recommendations should disagreements about the education arise, in the same format that the pediatrician could make recommendations in the event of disputes arising regarding health issues. What's more, both parties involved maintained the right to ask for the court to solve disputes if an agreement could not be established. As a result, the courts upheld the portion of the agreement that suggested the plaintiff must be expected to pay the orthodontic bills of the child. However, it also allowed the plaintiff to request a hearing to determine whether the amount of money charged for such care was considered to be reasonable. Further, the amount required from the plaintiff for tuition fees was also allowed to be determined at a hearing.

In some cases, antenuptial agreements may be able to resolve some issues regarding the support, care, and education of children in New York. However, a judge is expected to make the final decision on support and custody in order to enforce an outcome that is in the best interests of the child. Judges will therefore consider prenuptial agreements and enforce terms so long as the terms set in place serve the needs of the child. To learn more about prenuptials, postnuptials and issues regarding children, please reach out to Mr. Darren Shapiro at his office, or schedule a consultation. It would be our pleasure to speak with you.