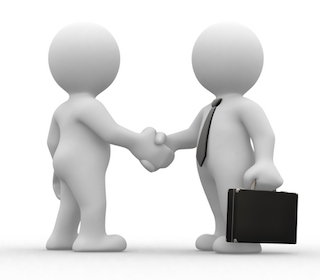 There are many different routes someone can to protect themselves in the event of a divorce such as creating pre-nuptial agreements, separation agreements, post-nuptial agreements and stipulations of settlement. All of these agreements largely contain the same contents and serve much of the same purposes. They help define the respective rights of each marital partner in the event of a dissolution of the marital partnership. Darren M. Shapiro, Esq. will help choose the best route for you so that you are able to start a new chapter in your life with some ease.

Pre-nuptial agreements are created before the parties get married. Post-nuptials are done after the marriage has taken place. Some couples opt for a separation agreement which is a form of a post-nuptial agreement. The separation agreement allows the parties to be legally separated, but still married, after the implementation of the document. When a divorce case is filed a stipulation of settlement is created to settle essential issues to be decided in order for the parties to get a divorce. Whichever route you decide on, Darren can help you through this difficult, and sometimes tedious process.

A pre-nuptial Agreement helps couples enter into their marriage with the understanding that their rights have been outlined in the ill-fated event their marriage fails. Pre-nuptial agreements identity what the parties own prior to the marriage, and that which will be retained as separate property or shared, if agreed upon, should the parties decide to divorce. The agreement provides an outline on how much spousal maintenance is paid, if any, if the parties are divorced. There are certain aspects of the agreement such as child custody, parenting time and child custody matters that may be a little trickier to deal with. Courts are never bound in advance regarding arrangements concerning the care, support and custody of children. Although courts generally try to honor the arrangements made between parents, a court has the discretion to decide if it is not in the child’s best interests. Also, if there is a significant change of circumstances since the arrangements concerning the children were agreed upon, that could be reason for a different order to be made.

For this reason, the agreement is viewed as a starting point on the issues with children. Usually it will be honored, however it should be considered and influential if there was ever a dispute about the determination of the matter in the future. Pre-nuptial agreements are simply made to protect either parties’ interests should they get a divorce. It does not mean the parties in love will not stay married forever. Darren makes every effort to relieve the stress of financial uncertainty should the parties decide to get a divorce.

Post-nuptial and Pre-nuptial Agreements are fundamentally the same. The only difference is that one is made prior to the marriage and the other after the parties were wed. Post-nuptial agreements are often created to encourage peace of mind for issues concerning separate property, and other financial questions that might arise during a marriage. Many of the post-nuptial agreements are made by couples who are in a healthy relationship. Couples often have concerns on whether or not they will have the means to support themselves should a dissolution of the marriage take place. The “monied” spouse between the two may wonder what they may need to pay for maintenance or spousal support if they will need to pay anything at all. In the post-nuptial agreement, if the “monied” spouse, is willing to pay maintenance, and it is indicated in the agreement, the outline will show how long the maintenance will last. A pre-nuptial or post-nuptial agreement is a legal document outlining the resolution of many questions couples may have. It can help serve as the reassurance needed to help their marriage remain solid.

Post-nuptial agreements may also ensure that both spouses remain on the health care plan of their spouse, as opposed to a divorce after which a spouse may not remain on their spouse’s insurance. The post-nuptial agreement made prior to a divorce should not interfere with the right to remain on the insurance plan of the other ex-spouse. In some cases insurance companies terminate a spouse from being on a family health care plan because they believe that a New York Separation Agreement or Judgment of Separation is the qualifying event to terminate their insurance. These errors occur because there are two ways to become legally separated in New York, the most common method is a Separation Agreement, but their can also be a court action for a judgment of separation which is different than a lot of other states. This confusion lies, most likely because the insurance companies often are national or international companies that deal with laws of all different states and are not always immediately clear on any one individual location. A post-nuptial agreement or separation agreement often helps to extend the time for health care coverage.

Once there is a qualifying event resulting in the termination of health care coverage, the ex-spouse terminated from the insurance can elect to remain covered under COBRA for a period of time by paying for COBRA benefits out of pocket. COBRA is expensive, but it allows for continuity of coverage for a limited amount of time until alternative arrangements can be made. Darren is an experienced Long Island Family Attorney and Mediator that has the skills needed to handle your divorce matters. Darren provides straight forward advice, is hard working and offers practical solutions when using him as your attorney.

All issues necessary to dissolve a marriage must be included in a separation agreement or a stipulation of settlement of divorce. Issues such as spousal maintenance, equitable distribution of marital assets, child custody, child support, definitions of separate property and any other ancillary matters must be included. Peace of mind is usually gained when a separation agreement is created and the divorce is filed as uncontested since the divorce will then, in most instances be uncontested. When you file for a divorce first, and then negotiate a stipulation of settlement, there might be an upside of skipping a few steps, but until the agreement is signed, the matter is not yet uncontested. Parties are not considered divorced when they establish a legal separation. In order for an uncontested divorce package to be submitted to the court, it would require the additional step of filing for a divorce.

To formulate marital agreements, litigation, mediation, negotiations and collaborative law are different processes that can be used. This offers has the experience, training, and ability to represent you in any of these methods. If you are looking for an attorney that will work hard for you and guide you to make the best decisions for your case, contact us for your free initial half hour consultation.