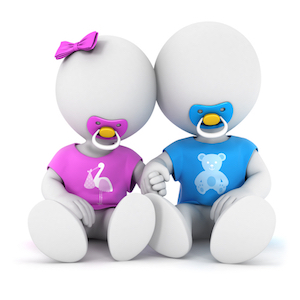 A family law, matrimonial attorney and mediator with experience in various areas of family law, Darren M. Shapiro has used over fifteen years of practice to hone his skills in managing all aspects of legal activity involving family circumstances, from divorce to child custody and maintenance. There are numerous considerations to be taken into account during procedures such as these, and Mr. Shapiro can offer guidance and support throughout the process. One of the many considerations to think about revolves around the concept of "pendente lite", a Latin term used to refer to litigation that takes place as lawsuits are pending. Though judges might place these orders into effect, parties within a case can also choose to sign a legal agreement that remains effective until the final judgment of a lawsuit is made. For example, if a couple chooses to divorce, one of the spouses may ask for temporary maintenance (spousal support).

The simplest way to think of pendente lite is until the divorce judgment is signed. This form of order is only temporary, but in some cases, they may be transformed into a permanent concept once the proceedings come to an end. Typically, the temporary order given will not be the final decision provided by the court. Pendente lite (or temporary) child support is the support that can either be agreed upon by both parties in the case with the assistance of a professional attorney such as Darren Shapiro, or awarded by the court as a divorce proceeds. In most child support cases conducted within Family Court, the amount that is paid during the time when the case is pending and not yet resolved will be named temporary child support.

According to the Child Support Standards Act, there is a presumptive amount of child support that should be applied in both Family Court and Supreme Court cases. The law that is considered in the case of the Supreme Court can be found in the Domestic Relations Law, under section 240 [1-b]. On the other hand, the Family Court Act holds the provisions considered in the Family Court Act Section 413. Divorces must take place in the Supreme Court but child support cases may be pursued in the Family Courts as well Wherever your case takes you, you may find that the court uses the Child Support Standards Act when it comes to making decisions about pendente lite or temporary child support orders. However, these courts are not required to use this act under the law in fashioning a temporary order.

During his experience in working through numerous cases regarding divorce and child support, Mr. Darren M. Shapiro has learned that sometimes all the economic information needed to calculate a guideline amount for child support is rarely accessible during the preliminary stages of court proceedings. This is part of the reason why the law permits the court to use its discretion as to whether the guideline amount of temporary child support should be applied in a temporary or pendente lite order. However, if there is information available at this early stage of the procedure, the law states that courts do not have to apply the given guidelines to pendente lite orders. That being said, if the data is available, an order will be more likely to hold up in the case of an appeal, should the court go through the analysis required by the Child Support Standards Act. If the data is available, it could be an error not to apply the Child Support Standards Act without providing an appropriate reason for the deviation. After thorough analysis, deviations from the guidelines are permissible under certain circumstances.

According to the law in New York, a temporary or pendente lite award should be given retroactively to the application for it. Generally, this means when an individual chooses to access the help of a professional such as Mr. Shapiro in filing a petition or making a motion for divorce. The amount awarded in a permanent order can go back to the date that the application was filed in the case, and any amount that was paid during the ongoing case would have to be considered when calculating arrears.

A concept that many people struggle to understand, is how an amount is calculated when the court in question does not use the Child Support Standards Act. An additional amount of child support that is given alongside what the party was voluntarily paying for household expenses has been held to be proper, so long as the additional support was enough to cover the needs of the children and spouse during the ongoing case. It has also been held that it is permissible to order both carrying charges on the marital residence and child support to be paid despite the argument that this results in double shelter allowance. When the Child Support Standards Act is applied to an award, the carrying charges should not be provided alongside guideline support, because shelter is typically a factor that the guideline amount is intended to cover. However, when the court chooses to exercise its discretion in not applying the Act to temporary orders, the argument of a double shelter allowance would not be applicable.

Typically, the parties involved in legal proceedings will have the right to request particular inclusions for their temporary orders, and raise objections to others. However, once the judge has made their ruling, that order will typically remain in place until the case is settled or tried. If a party fails to meet or ignores the requirements that have been set forth by a pendente lite order, then he or she may face the wrath of the court for a violation or contempt. Often, the best remedy for what is suggested to be an inappropriate or unfair order of pendente lite or temporary support is a speedy trial, rather than to correct the pendente lite order. However, in situations where the order that has been given is so prohibitive that a payor is unable to meet his or her own allowable needs, it could be considered as an injustice, and that order could be changed before a trial.

To learn more about child support, pendente lite orders and other issues concerning family law, please reach out to us. Individuals may call about their free initial consultation with Mr. Darren Shapiro, or simply ask questions if needed. Let us know how we can help you - it is always our pleasure to speak with you about your legal needs.