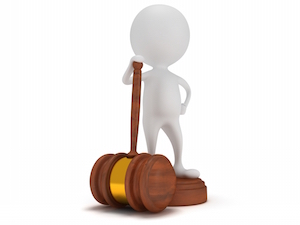 Few circumstances in the court room stir up emotions as vividly as the controversy that is generated when parents go to war over the custody of a child. In his numerous years of experience working with family law, divorce and matrimonial cases, Darren M. Shapiro, Esq. has frequently witnessed the turbulence that can arise in such situations, and the effect it can have on both the partners, and the child or children involved. The nature of family law means that court experiences will always be impassioned and sentimental, as they revolve around the fate of a family, or family member. Mr. Shapiro works to ensure that proceedings go as smoothly as possible, diligently fighting in the corner of his client, regardless of the circumstances. A common claims he deals with during family law and matrimonial cases, are those of parental alienation in child custody.

When a divorce is taking place between two parents, the thing that a child often desires the most is the opportunity to maintain a strong and healthy relationship with both guardians, and to be shielded from the ongoing conflicts. However, because emotions are generally running high, some parents move in an effort to bolster their parental identity, forcing expectations upon their child to pick sides between one spouse or the other. In particularly extreme situations, they reward and foster the rejection of the other parent by the child. In extremely unhealthy circumstances, a child may be manipulated by one parent to foster hatred towards the other, despite the innate desire within all children to love, and be loved by both parents.

In the courts of New York, when parental alienation rises to such a point that the relationship between a child and one of the parents becomes irreparable, the ultimate sanction is to terminate child support, and have the child declared to be constructively emancipated. This is often the most common solution for children who are at employable age. However, for children at less than employable age, there is available case authority that suggests that child support should be suspended until visitation from the non-custodial parent is allowed to resume. We detail constructive emancipation more extensively in other web pages and blog entries.

It is useful to understand which behaviors and actions could be characterized legally as alienation. If certain actions classed as alienation were taken for no reason, they may be held by a court to be justified under specific circumstances. For instance, choosing to defend a child from mental or physical abuse can be seen as a reasonable justification for limiting contact. Ultimately, what can be recognized as parental alienation is a judicial decision shaped by the presentation of facts given in argument and through testimony as elicited by an experienced attorney such as Darren Shapiro. Something that both sides in these cases should keep in mind is that allegations of abuse that are baseless could be a reason for the court to believe that the accuser values their interests above the child(ren). Psychologists have defined parental alienation as unconscious or intentional behavior by one parent which turns the child against the other parent. When this occurs, the children may embellish misrepresentations or take on mischaracterizations taught to them by one parent about the other. One form of alienating behavior is interfering with another parent's parenting time or visitation rights. Actions of parental alienation could be a severe as removing all contact between the other parent and the child, or hiding the child from the other parent. Cutting off telephone contact, not allowing the child to visit with the other parent when court ordered and fostering negative comments about the other parent to the children can all constitute alienation. The failure to nurture meaningful parenting time and a healthy relationship with the other parent can be seen as alienating behavior.

Commonly, allegations alone will not be enough to convince a court to make a ruling of parental alienation. In family law and matrimonial cases, Mr. Shapiro has experienced the scope of numerous cases in depth, and knows that determinations by the court should be proven by the evidence. In other words, any allegations should be considered to be more likely true, than not. However, the ultimate standard in developing an order within parenting time and child custody cases, remains to be the best interests of the child(ren).

Scientific research has shown that it is in the child's best interests for both of their parents to be substantially involved in a meaningful way in bringing that child up. Children generally thrive better - in situations where both parents no longer live together - when both parents are given frequent and regular parenting time or visitation rights. Mental health specialists for children have theorized that there is an increased risk of unhealthy future relationships and personality disorders in children when parental alienation takes place.

If a claim of parental alienation is found to be substantiated within a visitation or custody case, damages such as in a personal injury case, will not be awarded. However, there may be some form of financial sanction - for example, one side may be required to pay the attorney fees of the other. Because of the risks inherent to the children, parental alienation may be a reason to suggest that the best interests of the children are not to reside with that alienating parent. Indeed, in some cases, such interference is substantial enough to suggest that the alienating parent is unfit to raise the child. Even in these circumstances, however, a change of custody must be recognized as being in the best interests of the child. Aside from changing custody, certain requirements could be placed on the custody order, for example, make-up or extended visitation may be ordered or parenting schedules may be changed. The court may also request for therapy for the parent and children to take place, alongside other remedies.

Visitation and custody cases are always challenging, and parental alienation is a serious subject that is best to be addressed with appropriate advocacy. If you believe you're a victim of alienation, or find yourself to be defending against an allegation, it is important to have the right support from a professional such as Darren M. Shapiro. If you would like to discuss your circumstances with us, please get in touch to schedule your free half an hour consultation. Let us know how we can help you - it would be our pleasure to offer guidance and assistance.