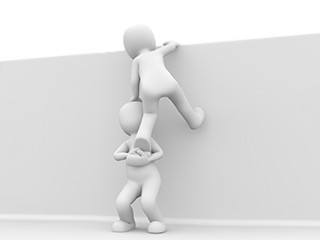 Mr. Darren M. Shapiro Esq. deals with a wide range of emotionally turbulent and complex cases from his office in Nassau County, Long Island, New York. While almost every aspect of family law is difficult for the clients involved due to the disruption between loved ones, it's worth noting that arguments regarding child custody are often so passionately charged, that they can quickly transform into a hostile situation. One thing that Mr. Shapiro has noticed during his time as a trained mediator and dedicated litigator, is that a large amount of friction can occur when attempting to make decisions regarding the day-to-day needs of children, such as matters involving health and education. Because custody cases are so uniquely poised to create friction, it can be incredibly difficult for the parents involved to find a scenario that they can both agree upon, which is also in the best interests of the child. In these highly-charged cases, the addition of a clause that the parents will use a Parent Coordinator in future disagreements concerning the child or children might make the difference.

In most circumstances, a parenting coordinator deals with the decision making issues between parents after a custody and parenting time order has been given. They work to provide valuable guidance to parties that are considering different forms of legal custody agreements, but are unable to agree upon decisions about the future of the child. Lawyers like Mr. Darren M. Shapiro might work alongside a parent coordinator in an attempt to deliver a method of dispute resolution to parents in high-conflict child custody cases. These professionals are trained to ensure that the best interest of the child are considered above all else, which can help to offer some direction to arguing parents. Although most parenting coordinators don't make a decision about which parent should be given the role of "primary caretaker", which is done by agreement or a judge, they can be incredibly useful in managing the issues associated with parenting time once a case is over and a custody order has been established.

As Mr. Darren Shapiro reminds his clients, many states across the U.S., including New York, are willing to give parents the choice of working with a parent coordinator when their case meets the standards of a "high conflict" issue. In legal terms, a high conflict case can be described as one that involves excessive litigation, problems such as distrust and anger, the presence of threats, physical aggression or verbal abuse, or a significant difficulty in cooperating in decisions for the care of children. Some parties, on the other hand, will choose to seek out a parenting coordinator of their own accord - without the suggestion of the court. As soon as a parenting coordinator begins working with a couple, it may help the couple to establish healthier communication skills in regards to parenting matters. The fact that poor communication is regarded one of the most significant issues in broken marriages often means that it is frequently a problem within custody cases. This assistance with communication is particularly important in joint custody cases, as a couple will only be successful at co-parenting if they can speak to each other.

While many day-to-day problems can be resolved with a phone call to the coordinator, not all issues are that simple. Where there are significant problems in the decisions to be made regarding parenting, the parent coordinator often schedules a number of meetings with both parents. During these meetings, the parents are given time to discuss their concerns regarding the current parenting plan, and the coordinator will attempt to offer a range of advice, parental education, and dispute resolution techniques. Attorneys like Mr. Shapiro generally do not attend parent coordinator meetings, but there can be exceptions to this rule when both the coordinator and parents agree that legal guidance should be present. In some cases, the court will order that attorneys should be present during all meetings.

The aim of a parenting coordinator in most circumstances is to find negotiation solutions for the parents involved before problems have a chance to escalate to an unreasonable level. Usually, this process is effective in helping both parents to come to an agreement about a settlement that they both believe is fair, and in the best interests of the children involved. Because of their effectiveness in most cases, parenting coordinators can be given significant power in child custody and parenting time orders. Though they cannot make decisions about who should be given custody, or where a child should live, they can make decisions on various issues, and make minor changes to parenting time decisions, schedules outlined in a court order, and more.

A parent coordinator can suggest small changes to the visitation and custody arrangements that have been put in place if they feel it is within the best interests of the child. What's more, they have the ability to manage complaints given by the parties about various subjects, and make decisions on issues that the parties must use, such as which religious services a child should attend. The parent coordinator can even prohibit parents from having conversations with their children that involve certain topics that might be damaging to the child. However, similarly to a mediator, a parent coordinator cannot advocate for one party specifically, and they do not have the right to compromise either parent's ability to give their opinion and be heard during a decision making process.

Often, for a parent coordinator to be successful within a case of child custody, he or she will need to make sure that they maintain fairness, neutrality and accessibility for both parents involved. To this end, a lot of parenting coordinators take part in training from a mental health and psychology perspective, though they are prohibited from offering counseling or health services to any child or parent they are appointed to. Also, despite their training, it's important to remember that there is no therapist-patient privilege involved with a parenting coordinator.

In cases of high conflict, assistance from a parent coordinator can be incredibly beneficial to prompting fair and reasonable decisions. If you would like to discuss a matter of child custody further, please schedule an appointment with Mr. Darren Shapiro at his local Law and Mediation office. You can contact us via phone at: (516) 333-6555 or through our online form to access your up to a half hour free initial consultation. It would be our pleasure to speak with you.