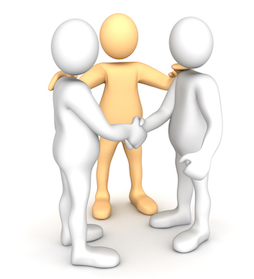 Attorney and mediator Darren M. Shapiro, Esq. has a long connection to Nassau County as he lived in and began practicing law in Nassau County in January 1999. Including the Law and Mediation Office of Darren M. Shapiro, P.C., Darren gained experience at four different Nassau County, New York firms, two of which are in the Town of Oyster Bay. Darren strives to offer effective representation and guidance while keeping his rates competitive for Nassau County, Long Island. His Oyster Bay and other clients find him to be honest, accessible and compassionate about their cases and his work.

This office’s next highest volume of cases, compared to Nassau County, New York, are in Queens and Suffolk Counties which are both in convenient striking distance to our Town of Oyster Bay Jericho, New York office. Darren handles and has experience, however in cases all around the New York City and Long Island areas which he draws upon when working as a lawyer and a mediator. Oyster Bay, New York clients that have matrimonial issues such as divorce, separation, pre and post-nuptial agreements are encouraged to contact us. Family law issues that are handled by the office include: child support; child custody; orders of protection; adoptions; name changes; neglect; and juvenile delinquency among other issues. We have a toolbox of processes available including mediation, litigation, settlement negotiations, and collaborative law. Oyster Bay, New York clients are welcome to call or come to the office for a consultation. Mediating couples are consulted together.

Oyster Bay and all clients can expect discretion, tenacity, and the appropriate measure of aggression from Mr. Shapiro. He and the office have handled a plethora of matrimonial, family law and other issues which experience is brought to bear on the resolution of issues. Mr. Shapiro has certification as a mediator and collaborative law attorney which supplement his admission to the New York State Bar and Federal Court admissions in the Southern and Eastern Districts of New York.

Half hour free consultations are available either in office or on the phone. Please click around the site and our blog for more information about various matrimonial and family law issues. As always, please reach out to us via e-mail or phone about your questions. It will be our pleasure to assist you.

Oyster Bay, Nassau County Divorce Mediator
Contact Us Now
Practice Areas
Videos
Collaborative Law
Watch more videos
Client Reviews
★★★★★
"Darren Shapiro did an outstanding job with case he was hired for. His price was reasonable and his actions were effective in this case. I would hire this Lawyer again and highly recommend his services." Anonymous
★★★★★
“Darren was excellent in court and able to negotiate a fair settlement in my Child support case.” Anonymous
★★★★★
“Hands down, he is the best att'y I have ever dealt with. He is thorough, objective, and above all, extremely dedicated.” Anonymous
View More
Submit a Law Firm Client Review