Orders of Protection in Custody Cases

Orders of Protection in Custody Cases 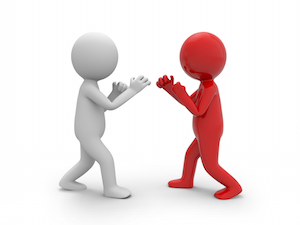 The sphere of family law is vast and complex, with many complicated branches, from divorce to mediation, child custody cases and more. It is the field of the law that deals with matters of the family and domestic relations, which naturally makes it an emotional and significantly intricate area. Sometimes, divorce and custody cases do not go entirely according to plan, and in these instances, individuals may find that they need to take steps to protect themselves and their family from physical or mental harm. On the other hand, one may find themselves defending against an order of protection requested by the other side. When allegations involving the safety of children arise, s orders of protection might become at issue in a custody case. Darren M. Shapiro, Esq., an attorney with years of training and experience in the realm of family law, has the knowledge and skill to help clients successfully navigate through this difficult process.

A final, or permanent order of protection may be issued as part of a custody case, or divorce as a condition of the judgment, and like all legal matters concerning children, whether the order is issued will depend largely on what is determined to be most suitable for the child's best interests.

What an Order of Protection Does

Obtaining or defending against an order of protection can be a difficult and emotional process. Accusations from or against other family members can cause emotions to run high. Family members struggle with the idea of taking legal action against someone they used to be particularly close to, such as a spouse or former spouse. For someone already dealing with the anxiety of a custody case or divorce, worrying about keeping family members safe or an infringement on one's right to see people and to do certain things can be particularly stressful. At this office we understand how important winning your order of protection struggle can be.

When an individual requests an order of protection as part of a divorce or custody case, that order can dictate certain aspects of the opposing party's behavior. For example, the other party may be required to abide by particular restrictions, such as:

The orders of protection involved in custody cases apply to family members. Individuals who can be defined as "family" according to law include former spouses, spouses, household members, and people that have had a child together, among other circumstances.

How do Custody Case Orders of Protection Differ from Family Offense Petition Orders?

There are a numbers of behaviors that are defined as a "family offense", but in any case, the courts should exercise some discretion in making a final decision. The choice to grant or deny an order of protection is subject to appellate review, and no individual should have an order levied against them without a proper basis. In other words, allegations should not be enough by themselves to convince a court.

Furthermore, in a family offense petition, the burden of proof is also different. For example, for a judge to issue a final order of protection during a family offense petition, the allegations brought against the other party have to be proven via the preponderance of evidence. In simple terms, this means that the allegations made against that individual need to be seen as more likely to be true, than false.

In the case of child custody cases, the burden of proof is centered on the best interests of the children. For example, an appellate court in the past has held that the tension held between two involved parties adversely effected the state of the children involved to such an extent that an order of protection became justified.

As with most of the areas involved in family and matrimonial laws, there are various complicated nuances to consider when it comes to order of protection cases. This is why it is important for people to seek the help and guidance of professionals like Darren M. Shapiro, Esq. who have the knowledge and skill to guide them through the process. To learn more, don't hesitate to call for a free initial consultation - we always welcome the opportunity to offer our assistance.