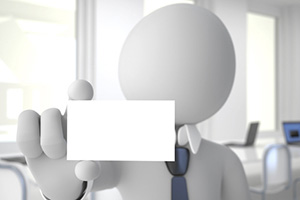 Divorce is one of the most complex areas of family law for any couple to address. When you’re dealing with a divorce, you’re not just handling things like equitable distribution, and which spouse should be entitled to things like maintenance. Often, in a divorce, there are discussions to be had about children, and which parent should have which kind of custody over the children of that marriage.

Mr Darren M. Shapiro is a local to New Hyde Park and a child custody lawyer who offers empathetic and informative support for couples in need of guidance with this often-stressful area of divorce law. With a child custody attorney like Mr. Shapiro, you can discuss everything from visitation rights, to who should have physical custody over a child, and more. Now that statistics indicate that almost half of all divorces occur before you’ve finished your first ten years of marriage, it’s more important than ever to consider your options with a local attorney as soon as possible.

According to Wikipedia, New Hyde Park is a Nassau County Village, split between the towns of North Hempstead and Hempstead. The location has a large population, almost at 9,712 people in the 2010 census, thanks in part to its short distance to locations like Manhattan. Of course, a large population also means that there’s plenty of diversity in this area too. While some couples will maintain a happy marriage for their entire lives, others will find themselves facing divorce sooner than they expected.

CityData.com finds that of the current population of New Hyde Park, around 29.6% have never been married, while 58.2% are married today. Additionally, 4.1% of the population is divorced. As low as your chances of divorce might seem at first glance, the truth is that anyone can find themselves in need of a child custody attorney like Mr. Shapiro. After all, when things go wrong in your marriage, the first thing you need to be sure of is that you’re going to be looking after the best interests of your children.

For over 2 decades now, Mr Shapiro has served New Hyde Park and Nassau County residents, helping them to understand the complexities of New York Divorce, as well as child custody. He has assisted his clients in everything from child support agreements, to coming up with strategies for parenting times that allow both parties to feel comfortable with the end result approved by the courts. What’s more, unlike some other child custody lawyers in New Hyde Park, Mr Shapiro offers a wide range of ways to address your divorce that go beyond litigation.

Discussing your Needs From a Child Custody Lawyer

When you’re choosing a child custody attorney close to New Hyde Park, it’s reassuring to know that you’re working with someone who understands the nuances of both the family court and Supreme court of Nassau County. Although Mr Shapiro can also work as a collaborative lawyer and mediation expert, he has the skills and background required to fight for what you need for your family after your marriage comes to an end. After all, though it’s important to discuss things like equitable distribution and assets in a divorce experience, there’s nothing more important than your child.

During your free initial half-hour consultation with Mr. Shapiro, you’ll learn how there are various options available for coming to terms on your divorce, from mediation discussions with your partner where you come to mutual agreements on your child’s future, to litigation, where you present your arguments with the help of Mr. Shapiro in front of a local Nassau County court. Mr. Shapiro can also work collaboratively with other child custody and visitation specialists, like medical professionals, financial advisors, and psychologists, to help present the very best evidence at your case. After all, all families are different, and some parents will need a different kind of divorce process to others in New Hyde Park.

Mr Shapiro can even help you with things like appeals when you believe that there has been a significant change of circumstances in your life that’s large enough to require the revaluation of a child custody or parenting case that has already been completed. After all, while most courts will not consider a child custody appeal for no good reason, the guidelines in New York may require a judge to reconsider your situation if something has happened that may demand an alteration to parenting time, visitation clauses, or custody agreements.

The Child Custody Attorney You Need in New Hyde Park

No matter where your family is located in Nassau County, Queens, or Long Island, Mr. Shapiro is on hand to answer any questions you have about divorce, child custody, and visitation rights. During your free initial appointment, you can determine what kind of support you need, and ensure that you have a local attorney on hand to fight for your rights in court.

Mr Shapiro has been offering child custody and visitation law support since he was first admitted to the bar in New York in 1999. He even has his own office within a convenient location for Nassau County residents. You can find Mr Shapiro’s office at 99 Jericho Turnpike Jericho, New York.

Do you need information about New Hyde Park divorce and family law matters? Are you looking for someone to help you with your custody case, visitation rights, or appeal? Contact Mr. Shapiro’s office today to arrange your free consultation lasting up to 30 minutes. You can get in touch either using our online contact form, or over the phone at (516) 333-6555.