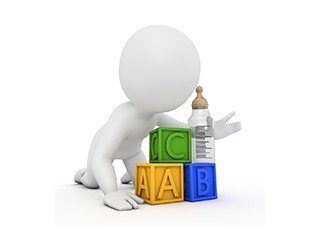 The hamlet of New Cassel, in Nassau County, Long Island, is regarded by residents and respected publications alike to be a safe and charming place to live. Not only did the FBI crime report suggest that New Cassel offers its residents an impressively low crime rate, but the 23.4 square miles of stunning county town provides individuals with boundless arts and recreation opportunities, alongside schools considered to be some of the finest in the United States. Between 2000, and 2014, New Cassel have achieved a population growth of around 4.03%, which means there are about 13,833 people enjoying the friendly family lifestyle the area promotes. Unfortunately, however, the low crime rate doesn't mean that the residents of New Cassel will never need access to professional legal services and guidance. Sometimes, legal issues extend beyond random acts of crime, and concern problems regarding relationships, and families.

According to statistics, New Cassel is a great place to raise a family, with an average household size of around 4.58 people. About 37.02% of the people in New Cassel are married with children, whereas 32.69% are single, with children. While the Law and Mediation Office of Mr. Darren Shapiro knows as well as anyone that single parents can create a loving and nurturing family just as well as a married couple, Mr. Shapiro also recognizes that single, or divorcing parents may need extra help navigating the issues that arise in the form of custody and visitation rights. New York custody laws, which apply to residents of New Cassel, Nassau County, can be complicated to understand - particularly for people who haven't had to face the legal system before. While the New York court does not give higher rights for custody to either parent, they do generally favor joint custody arrangements where possible, as this allows for a balanced relationship between both partners, and the child or children involved.

As with any other court, the New York family court, or Supreme Court in a divorce, will try make decisions regarding child custody matters following a careful consideration of the individual child's best interests. At Mr. Darren M. Shapiro's legal office, parents can access help in understanding the legal relationships involved in both physical custody - regarding where the child lives, and legal custody - regarding who has the right to make decisions on the behalf of that child. Most of the time, all parents will be given visitation or parenting time access to a child - even when custody is not granted, but the New York court will need to consider a variety of factors in its determination, including:

For confused and concerned parents, Mr. Shapiro's experienced legal guidance can offer some insight into the factors listed above, as well as what can be expected when taking matters of custody to the Nassau County family court. Mr. Shapiro has dealt with many hurdles frequently encountered during custody procedures, and can even help clients to determine the best route through which to pursue their goals. For instance, in some circumstances, a schedule for custody might be established through the negotiation techniques of collaboration and mediation. On the other hand, aggressive litigation is the only option in pursuing the best interests of a child.

For residents of New Cassel, as well as parents located all across New York, mediation can be the best solution to dealing with child custody issues, as it helps to sustain some manner of relationship between the divorced, or divorcing parties. Through collaborative processes and mediation, parents can mutually agree upon agreements regarding custody that work for both themselves, and the children involved. With the help of a mediator like Mr. Shapiro, parents come together to discuss both issues of physical custody, and legal custody - such as where their child will attend school, or receive healthcare. If this process is successful, agreements can be drafted and presented to the New York court in a legal and comprehensive manner. Alternatively, if an agreement cannot be settled through mediation and collaboration, the Nassau County family court will be asked to make a decision on behalf of the parents involved - which, as mentioned before, will focus upon an understanding of the child's best interests.

Regardless of where you live, navigating the complications of a child custody agreement can be highly emotional and frustrating. As such, the legal office of Mr. Darren Shapiro is designed to provide as much guidance as possible to confused and nervous parties. Located at 99 Jericho Turnpike, Suite 300-G, 111753, New York, the legal office is only a short distance away for New Cassel residents, and can be accessed either from exit 40 of the Long Island Expressway, or from exit 34 of the Northern State Parkway. From this convenient location, clients can access help with a variety of family law issues - from divorce, to matters of child custody, parenting time, and visitation. His devotion to reliable representation at a reasonable rate makes Mr. Shapiro a positive choice for many individuals across the Nassau County area. After all, when it comes to getting what's best for your child, you need a legal expert who is experienced, friendly, and completely dedicated to your cause.

If you're worrying about the next steps you will need to take as a single parent looking to maintain or acquire custody or visitation times for your child/children, then it's worth speaking to Mr. Darren M. Shapiro. Since he's only a short distance away, New Cassel residents are invited to speak to him at their earliest convenience regarding their rights and options for matters such as child custody and visitation. Please feel free to call and discuss your case with Mr. Shapiro at (516) 333-6555, or get in touch online to set up a free initial consultation.