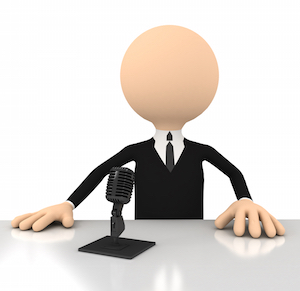 Darren M. Shapiro, Esq. is a highly trained and experienced attorney, specializing primarily in the areas of matrimonial and family law. In his time as a legal professional, he has become accustomed to dealing with a wide variety of different cases and circumstances, each with their own personal complications. One of the most trying cases that can take place within family law, are those regarding abuse and neglect.

In New York, the family court has jurisdiction over hearing and deciding upon cases regarding allegations of neglect and abuse towards children. In most circumstances, these legal hearings are referred to as "N" docket cases, as a reference to the first initial of their docket number. Typically, cases will take place within the county of residence for the subject child(ren), and in some cases criminal charges may be made at the same time as family court proceedings. It is important to recognize however, that family court cases are intended to focus predominantly on the protection of the children within the case, whereas criminal proceedings revolve around crime and punishment. During a neglect and abuse case, services might be requested by the court in an effort to aid the child, improve a family situation or to facilitate children leaving foster care, during the time in which the case is ongoing.

As a family court attorney, Darren Shapiro has approached the complicated areas of neglect and abuse from many different angles. In some instances, he has been the fighting force at a mother or father's side when allegations of abuse or neglect are taking place against the other parent. In other circumstances, he may represent a parent in a case at Family Court that has been accused of neglect or abuse. Regardless of the circumstances, Mr. Shapiro consistently endeavors to provide the best outcome for his client involved in the case which we will also attempt to show is in the best interests of the children.

When a case regarding neglect or abuse is in process, it is possible for children to be temporarily removed from their home according to an order given by a family court judge. In these circumstances, relatives are generally located and informed that a case is taking place, and they may also be given the opportunity to seek custody or apply to become foster parents. In particularly difficult cases, where the future reunification with parents is not a possible outcome, some relatives may choose to follow the process of adopting the child themselves.

When an appropriate relative is available for a child to live with, and it is important to the court that the child be removed from their current home for their own safety, the court may choose to offer custody to that relative, or place the child in the care of a social services agency. In particular cases, the court may decide that a child should be allowed to remain with their current parent regardless of the fact that a case for abuse or neglect is in the process of being made.

In most circumstances that Mr. Darren Shapiro has dealt with in the past, "N" docket cases have been initiated through the input of Child Protective Services, CPS, in Long island. For New York City individuals, cases are initiated by the Administration for Children's services, otherwise referred to as ACS. However, it is possible for other individuals to initiate a case according to the Family Court Act, although the court will be given the discretion to request a referral to the ACS or CPS, requiring the agency to determine whether a case should be pursued or otherwise.

Cases may be withdrawn, settled, dismissed or adjourned in consideration of dismissal. Most frequently, if an agreement is given for someone else to receive a final order of custody, then the protection agency involved will no longer be required to proceed with the case. On the other hand, if no resolution is agreed upon during the court proceedings, respondents in a neglect or abuse hearing will be given the right to a fact find hearing. In this instance, any finding that someone has committed neglect or abuse must be given by a preponderance of evidence. In other words, the court must be convinced that it is more likely than not that the child in question was neglected or abused.

Once a finding of neglect or abuse has been made, then the court will be required to conduct a dispositional hearing. The court will be permitted to suspend judgment, release the child to a parent or guardian, issue an order of protection, place the child within state custody or with relatives, or place the respondent under supervision. For children placed outside of their original homes, there must be a permanency hearing to ensure the consistent well-being and safety of the child(ren).

In many cases, if the conditions that previously led to neglect or abuse are not remedied, as directed by the court, for a period of time that is recognized to be substantial (at least one year), a termination of parental rights petition may follow.

On many occasions, abuse and neglect cases may proceed in court at the same time as a child custody case, and in front of the same judge. The reason for this is that all of the different legal aspects involved are focused on the best interests of the children. Typically, Mr. Shapiro works to represent a relative or parent in such cases as these, and many times his client is attempting to obtain custody for themselves when another person is facing allegations of neglect or abuse.

To learn more about the issues surrounding neglect, abuse, child custody, family or matrimonial law, please reach out to us. Those in need of Mr. Shapiro's assistance may schedule their free half an hour consultation by contacting our office. Let us know if we can help you, it would be our pleasure to offer our guidance and experience.