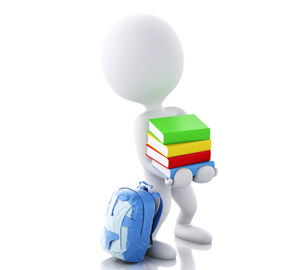 Many divorcing couples are uncertain about their legal rights regarding their children, and they may worry about the amount of parenting time they will have. With years of experience litigating and settling these disputes, Nassau County child custody lawyer Darren M. Shapiro can provide knowledgeable legal advice and representation. Mr. Shapiro understands that while some custody schedules may be achieved mutually through mediation or collaboration, others require aggressive litigation. A trained mediator and collaborative law attorney, Mr. Shapiro can explain the advantages and downsides of each negotiation method, as well as answer any questions you may have regarding child custody arrangements.

Child custody may refer to physical custody, which is where the child resides, or legal custody, which is the right to determine matters such as the child’s health care, education, religion, upbringing, and other significant parental decisions. The parents may engage in mediation or collaborative processes to mutually agree upon a child custody arrangement that works for them and their child. Since such agreements must then be formally approved and entered by the court, it is often beneficial to have an experienced child custody attorney or trained mediator draft them to withstand judicial scrutiny.

If the issue of custody cannot be resolved between the parents in mediation or otherwise outside court, a judge may determine the custody arrangement. A court has jurisdiction over the matter if the child has most recently lived in New York State for six months, and custody can generally be sought for children up to 18 years of age. In making custody determinations, the court will decide the matter using the legal standard of “the best interests of the child.” The court may consider any factor that it finds relevant, such any alcohol or drug use by either parent, any history of domestic violence, the health of the parents, their finances, forensic evaluations by a mental health professional, the preferences of the child, and more.

Once a custody order has been entered by the court, it can be modified only if there is a significant change of circumstances that affects the child’s interests. The parent wishing to change the custody order must therefore establish that a change in circumstances exists and that modifying the order is in the child’s best interest. In addition, a parent with primary custody may need to obtain permission from the court before moving to a different location that would affect the visitation rights of the other parent.

Consult a Nassau County Lawyer for a Child Custody Matter

Parenting time with your child after a separation or divorce is an important consideration that should be taken seriously. Nassau County divorce attorney Darren M. Shapiro can advise you about your rights and options regarding matters of child custody and visitation. To discuss your situation with Mr. Shapiro, call (516) 333-6555 or contact us online and set up a free consultation.