Can Couples in a New York Divorce Mediation Make Their Own Child Support Agreements? 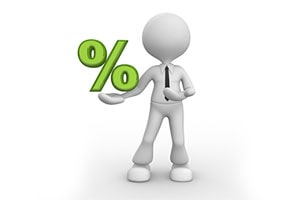 One of the things that makes divorce such a difficult process for many couples is that it's difficult to understand how the legal system works. When you first enter into a divorce with your soon-to-be-ex-partner, there's a good chance that you won't know exactly which issues you'll need to discuss, or what kind of agreements you'll come to before the process is through. The complexity of a divorce is why it's so important to have the right support available to guide you through the process. Attorney Darren Shapiro offers that guidance to couples in New York, regardless of whether they're looking for standard litigation or mediation.

Although the laws and regulations around New York divorce remain the same for every couple, every experience is different. Sometimes, separating from your partner can be a long and drawn-out process, particularly when there are many complicated issues to address like spousal support, equitable distribution and parenting time. Other times, when two parties can talk amicably about their problems in a safe and objective environment, divorce can be a far less painful and time-consuming experience. Mediation is generally the route that partners will take to simplify the procedure as much as possible.

There are many things that separate the divorce litigation process from the mediation experience. One of the most important differences is that in mediation, it can be possible for the parties to agree on many issues about their debts, assets, and their future, that a court would otherwise be responsible for deciding. For instance, couples can work with trained mediators like Attorney Shapiro to decide how marital property should be divided, and what needs to be done about spousal support.

In some cases, it's even possible to look at issues like the amount of child support that needs to be given to support the youngsters in a family after divorce. Because the right to receive child support technically should be paid to the custodial parent of the children in a divorce to be used for their benefit, rather than for the benefit of the parents, however, the courts will retain the final decisions on whether to accept the agreement.

According to the rules of New York Domestic Relations Law section 240, parties involved in a child support agreement after divorce must make sure that the deal either includes the correct level of child support or a proper reason from deviating from it. If for any reason, the mediated divorce agreement between two parties suggests that they should deviate from the basic child support amount, the parties would need to explain why it is appropriate for the amount of child support to be ordered by the judge. This is one of the reasons why it's so important for divorcing couples to have the right mediator and/or review attorney to guide them during a mediation. Attorney Shapiro often recommends that his clients seek out a separate review attorney when obtaining his services as a mediator. Of course Darren Shapiro is often hired to be the review attorney for his clients that are mediating with different divorce mediators.

Managing the Requirements of Mediation Agreements

The requirement outlined in the Domestic Relations Law isn't there to stop couples from coming up with their own agreements about child support. Instead, the idea is to push the parties to recognize and understand the basic obligations of their child support agreement. This way, courts can rest assured that each party will be aware of the presumptive default amount of support that's appropriate for the youngster in question. An explanation of any deviation ensures that the courts can feel confident that the agreement adheres to the best interests of the children in question.

Mediation is a very attractive form alternative dispute resolution for people going through divorce. Many of Darren Shapiro's clients take this route when looking for a way to limit their exposure to the stress of the courtrooms. However, it's important to remember that while mediation offers couples more control over the decisions made about their future, the courts still retain ultimate discretion in decisions about child support. If a judge feels that the needs of the child aren't properly met by the agreement, they can arrange for a new level of child support to be provided.

In one case that took place in 2002, (Gravlin v Ruppert), the two parties involved agreed that the daughter would be able to spend about 35% of her time with her father and that the father would be responsible to pay for all the expenses incurred by the daughter during those visits. Additionally, the couple agreed that the father would pay for the daughter's clothes, but he wouldn't pay any child support. Although this strategy worked for a while, the daughter eventually refused to see the father, and that meant that the court had reconsider. Because the daughter didn’t' spend 35% of her time with her father any more, the courts suggested that a modification of child support obligations was necessary.

Do You Need Help With New York Divorce Mediation?

If you're considering using mediation for your divorce proceedings and you're worried about addressing issues like child support, or you simply want to learn more about your mediation options, reach out to Attorney Darren Shapiro today. As a prominent attorney in New York and Long Island, as well as a certified mediator, Attorney Shapiro is equipped to handle a range of family law, child support and divorce issues. Call on (516) 333-6555 to schedule your free initial consultation.